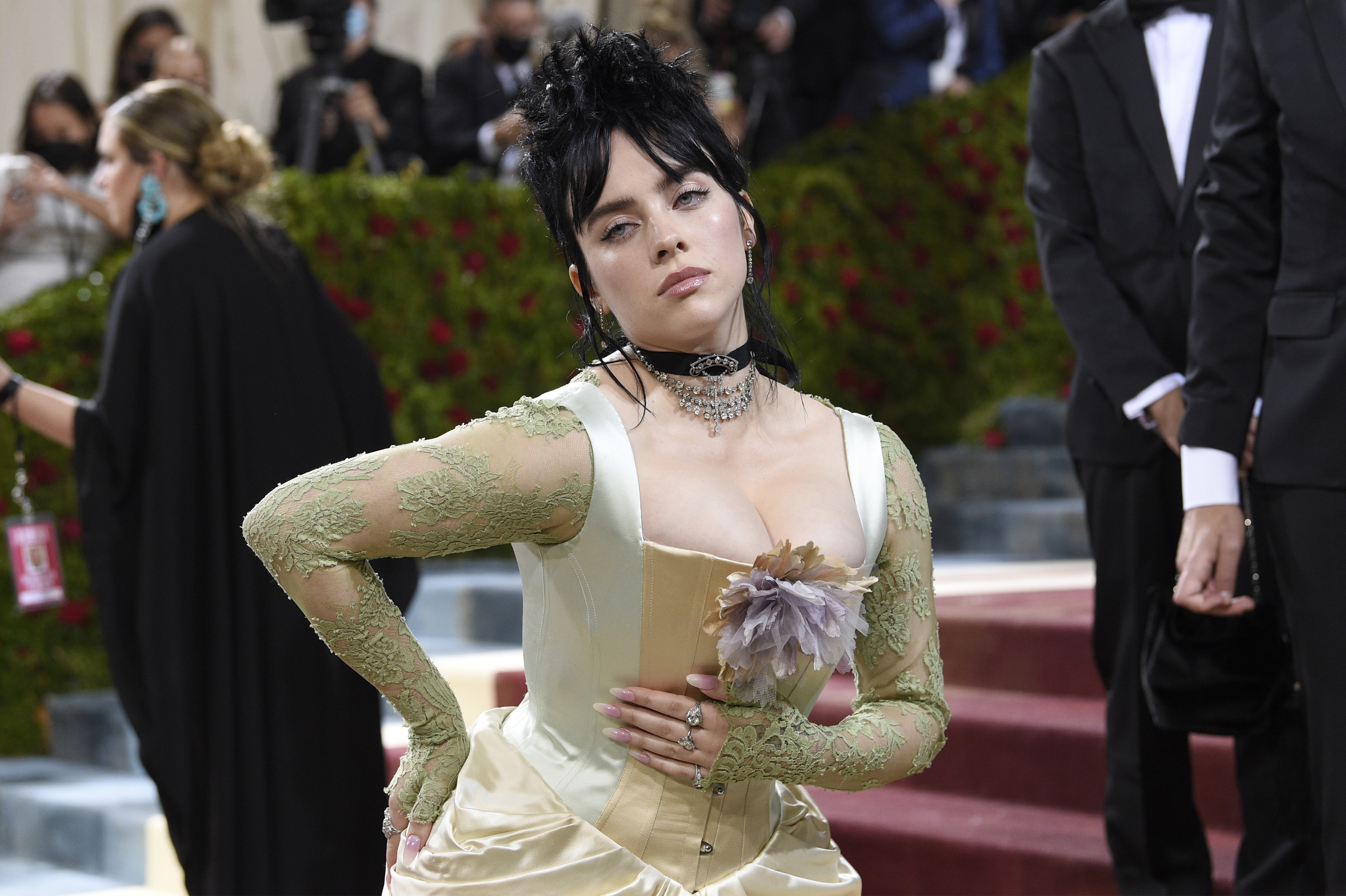 With all of the challenges that the pandemic has brought — the juggling act of supply chains, human resources, shifting consumer tendencies and a cloud of uncertainty that continues to reverberate through stock markets, economies and communities — it’s not a surprise (but no less disappointing) that the fashion industry’s sustainability and climate action efforts have fallen into a mudslide of dormancy over the past few years.

Which is why it was something of a surprise to see so many of the Met Gala’s designers and stars try for sustainable fashion on Monday night’s star-studded red carpet.

Secondhand looks (more euphemistically known as “archival” pieces among fashion purists and top-tier vintage collectors) were plentiful, as brands delved into their own archives and collections to see how they could give old frocks another moment in the spotlight.

Other designers, meanwhile, looked to existing materials, such deadstock and wholly recycled fabrics to create a new look that cuts down on climate impact.

While a single red carpet look can only go so far in actually reducing the impact that fashion has on the environment and rapid climate change, the movement could be seen more as a symbolic statement to a mass audience (according to digital consumer intelligence platform Brand Watch, the #MetGala hashtag received more than 9.4 billion impressions during the Met Gala’s red carpet televised broadcast, and the hashtag #MetGala2022 accumulated 1.3 billion impressions of its own). The impact lies in the messaging: that

Herewith, a closer look at some of the best sustainable-forward fashion looks of the 2022 Met Gala:

The singer-songwriter’s wool suit and coordinating color-blocked pea coat made of upcycled materials. Mendes wore the navy blue suit with the peak lapel collar turned up and did the same with navy peacoat, which was double breasted with gold buttons and had lapels and one sleeve done in burgundy wool. The Met Gala look is also reported to be a preview of an upcoming project between the star and designer.

Emma Stone in her own Louis Vuitton wedding dress

Among a cohort of Louis Vuitton ambassadors who experimented with upcycled materials and archival pieces, the actress chose a very specific piece of archival from the brand to wear — namely, her very own wedding dress. The mini dress, which Stone wore to as a party dress after her ceremony in 2020 to writer-director Dave McCary, was custom made for the actress by the French fashion house as a slip dress style featuring a feather-accented hem and lace straps. In addition to supporting the idea of wearing a wedding dress again but also of Hollywood stars repeated their pricey outfits.

The music artist managed to be both on theme for the evening and eco-conscious, in a Gucci gown that utilized upcycled ivory and duchesse satin to create a corseted gown with green lace underlay and ivory skirt in gathered duchesse satin with a padded bustle. The gown also included a cascading floral arrangement on the train and a tonal duchesse corsage with lilac accents. Her accessories were comprised of a black choker with jet black scalloped embroidery and beige platform shoes made from vegan materials. The look is just the latest in the star’s continued efforts to promote sustainable and conscious fashion choices — Eilish recently debuted a vegan, upcycled-material sneaker with Nike and also got Oscar de la Renta to commit to going fur-free when she stepped onto the red carpet in a pink tulle gown at last year’s Met Gala.

For the actress’s mint green gown, the designer used an upcycled silk faille, which was done with a fluted hemline and an hand-draped bodice and cascading cape — all definitively proving that an upcycled look can be positively sumptuous. The gown was paired with a diamond and colored stone statement necklace by Tasaki that also had a cascade design (it was also designed by Gurung, who is the Japanese jewelry brand’s creative director).

The model and author arrived on the red carpet in an archival Atelier Versace dress from the Spring-Summer 1992 collection, which featured a metal bustier done in a spray of multicolor resin stones and Baroque leaves, plus a georgette high-low skirt in a floral and geometric clashed print with tulle and beaded fringe. The look was a perfect example of the power of archival fashion, where vintage Versace pieces — specifically the collections designed by Gianni Versace before his 1997 death — often sell for thousands of dollars. This one certainly would.

For the model’s gilded red carpet look, stylist Karla Welch found a 1980s gold pleated lamé gown designed by Loris Azzaro from Los Angeles shop Aralda Vintage. The vintage boutique was recently tapped by Marc Jacobs to curate a selection of his own archival pieces within his Heavn line, which has a new store on Fairfax Avenue in L.A.

Gurung also reportedly designed an upcycled look for another star attendee of his, Camila Cabello. The designer used white silk duchesse satin to create a column gown with a lace-up front, cutouts, a long train and a front bustle that featured hand-cut and hand-painted flowers (all resembling a bouquet of flowers wrapped in white paper).

Yes, even Kim’s look was technically in the sustainable camp this year. The vintage nude gown adorned with sublet beading was the same one worn by Marilyn Monroe when singing “Happy Birthday” to President John F. Kennedy on his 45th birthday in 1962. After reportedly having paid $1,440 to designer Jean-Louis (who created the dress based on a sketch by then-21-year-old Bob Mackie), the 60-year-old dress first sold at auction in 1999 for more than a million dollars, then again in 2016 for $4.8 million. It is now owned by Ripley’s Believe It Or Not museum, which loaned the gown to Kardashian for the red carpet. While the star did end up wearing a replica of the gown after she walked the stairs of the Met, the original dress’s significance certainly helps to promote the idea of looking to vintage to make a statement.