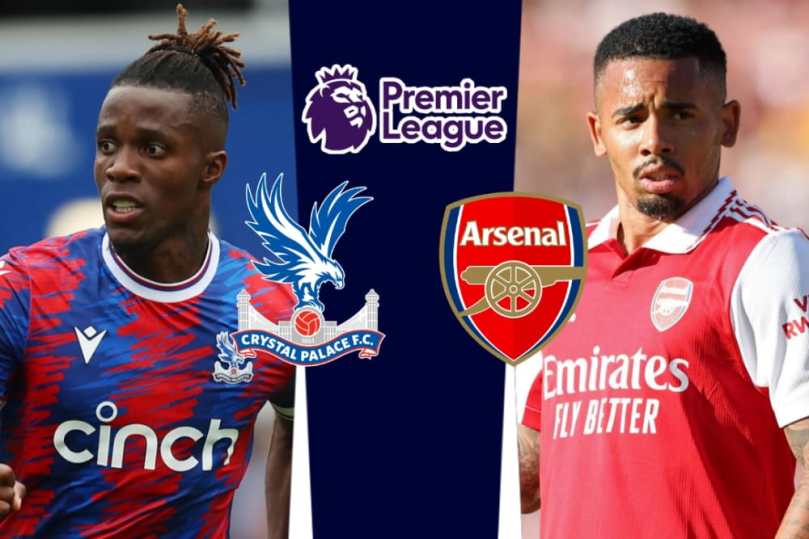 Crystal Palace’s goalkeeping ranks have taken a couple of hits in pre-season, with new signing Sam Johnstone nursing a quadriceps injury and classed as a major doubt for the opening day, while Jack Butland is out with a broken hand.

Vicente Guaita should act as the last line of defence for the hosts on Friday, while James McArthur and Michael Olise are expected to miss out with groin and ankle injuries respectively.

McArthur’s absence only increases Doucoure’s chance of earning a first competitive start for the Eagles, while a front three of Jordan Ayew, Wilfried Zaha and Odsonne Edouard started against Montpellier and could do so again here.

Arsenal’s treatment room is not empty either, as Emile Smith Rowe‘s groin strain is reportedly set to keep him sidelined, while Fabio Vieira, Kieran Tierney and Takehiro Tomiyasu have all been dealing with minor issues in pre-season.

None of the trio are expected to make the starting lineup on Friday, so Ben White could very well resume his duties at right-back, allowing William Saliba to finally make his competitive debut alongside Gabriel Magalhaes in the heart of defence.

Jesus and Zinchenko are also primed to feature in the first XI, while Martin Odegaard will start in his number 10 role after being confirmed as Arsenal’s new captain.

Crystal Palace vs Arsenal LIVE: When and where to watch the LIVE streaming of Premier League matches?

When will Crystal Palace vs Arsenal kick off in the Premier League? – Date
CRY vs ARS match will be played on 6th August 2022

What time will Crystal Palace vs Arsenal kick off? Time
CRY vs ARS will begin at 12:30 AM IST

Where will Crystal Palace vs Arsenal be played? – Venue
The game will kick-off at Selhurst Park

Premier League: Who will be the Match official? Referee
Anthony Taylor will be in charge of Crystal Palace vs Arsenal

Which TV Channel will telecast Crystal Palace vs Arsenal live?