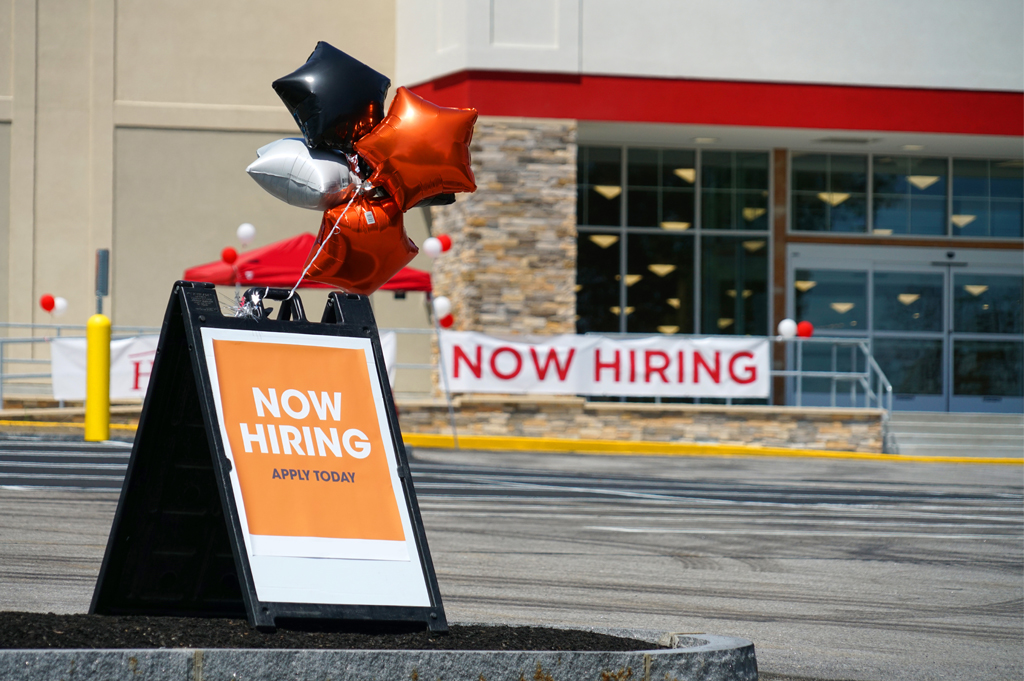 About 4.3 million people quit their jobs in January at a rate of 2.8%, according to data from the Bureau of Labor Statistics. This number represented a slight improvement from December and November, though the number of quits is still soaring.

Resignations in retail decreased by 69,000, and in information sectors by 20,000. These were offset by increases in finance and insurance.

1.4 million people were laid off in January at a rate of 0.9%, marking little change from December’s record low at 1.2 million. Layoffs and discharges in retail increased by 48,000 and decreased in the federal government by 12,000.

In January, total nonfarm payroll employment rose by 467,000 jobs, while the unemployment rate edged higher to 4% from 3.9% in December, according to the U.S. Bureau of Labor Statistics. Employment growth was seen in leisure and hospitality, professional and business services, retail and transportation and warehousing. Retail trade employment rose by 61,000 jobs in January.

There were 11.3 million job openings as of the last business day of January. For all of 2021, net employment rose 6.4 million, with hires at 76.4 million and separations at 70 million.

As people quit their jobs, labor shortages are becoming an even bigger problem for retailers who need to keep stores staffed. In general, a reluctance for workers to return to stressful retail jobs with low pay and unreliable hours has led to a major labor shortage across the retail industry.

According to a new survey from the Pew Research Center, low pay, limited opportunities for advancement and feeling disrespected at work were the top reasons Americans quit their jobs in record levels in 2021. 31% of respondents said their reasons for quitting were related to the pandemic.

To attract and retain workers, some companies have introduced increased pay, benefits and sign-on bonuses and have held hiring events. For example, Target recently announced a new starting hourly wage range of $15 to $24 for hourly employees in stores, supply chain facilities and corporate headquarters. The wages will vary depending on job and location.