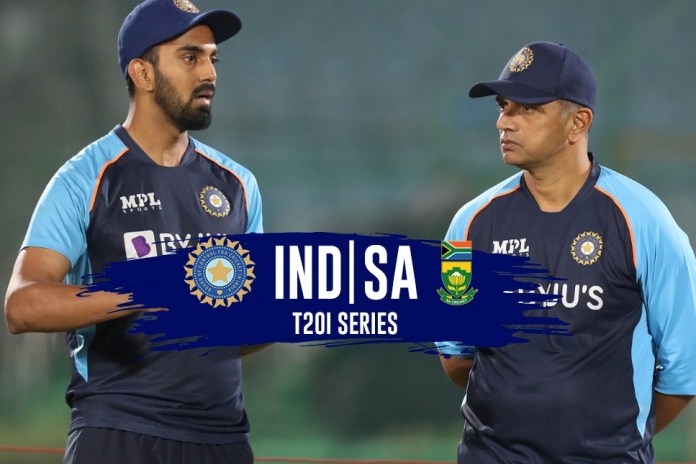 IND vs SA Live: Team India will begin their T20 World Cup preparations on Thursday as they kick off their 5-match t20 series against South Africa. With a horrendous show last year, India will hope to find solution to key problem areas in the upcoming series to put them in good stead before travelling down under. Follow India vs South Africa live updates on InsideSport.IN

India have rested some of their key personnel for the South Africa games and the Men in Blue under relatively new coach Rahul Dravid will hope to tick those boxes. Here, InsideSport.IN, India’s key problems that could be solved against South Africa.

With KL Rahul and Rohit Sharma locked in an openers, India are in search of a backup with Ishan Kishan and Ruturaj Gaikwad frontrunners for the job. Kishan had made it to the T20 World Cup squad last year, but has been in dismal form over the past few months while the same can be said for Ruturaj Gaikwad. The duo will have the chance to prove their worth to KL Rahul and the team management during the upcoming five match series.

India have one spot open in the middle order but have a plethora of options on their hands. Rishabh Pant has been tried and tested, while the likes of Suryakumar Yadav and Shreyas Iyer have made the biggest impression. Deepak Hooda, Hardik Pandya, Sanju Samson also present themselves as valuable options and India will hope that the SA series can seal the deal for the spot in this series.

India are on the lookout for a finisher in the post MS Dhoni era. Hardik Pandya had taken up the mantle but it remains to be seen whether the Gujarat Titans skipper can turn the gears after playing anchor in IPL. Dinesh Karthik, Rishabh Pant, Venkatesh Iyer have all been mooted for the role and Rahul Dravid would hope the South Africa series gives him some clarity on his best choice.

India’s spin attack has suffered over the last 12 months, but the return of Kuldeep Yadav and Yuzvendra Chahal should ease the burden. Add to that the presence of Ravi Bishnoi, Ravindra Jadeja, Axar Patel and Ravichandran Ashwin, the team management have a big selection call to make.

Jasprit Bumrah is certain to feature in India’s XI at the T20 World Cup, though India know little about his support. The Men in Blue are spoilt by choices, with Umran Malik and Arshdeep Singh being the two new additions to the brigade. The duo are in contention for the 3rd seamer slot alongside Bhuvneshwar Kumar, Mohammed Shami, Prasidh Krishna all fighting for the same.