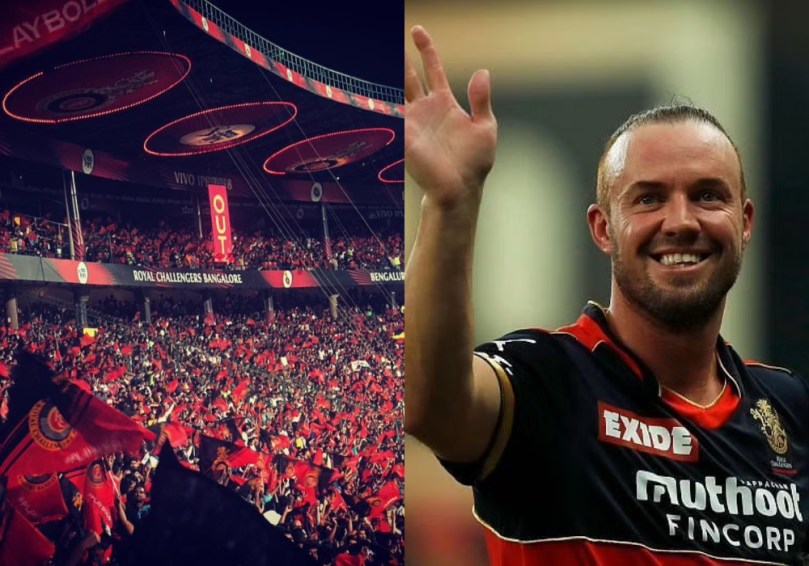 IPL 2023: AB de Villiers RCB: South African legend AB de Villiers will return to his beloved M Chinnaswamy Stadium for one last time. After saying goodbye to competitive cricket last year ahead of IPL 2022 Auction, De Villiers did not make a trip to Bengaluru. But he will finally have his chance to say goodbye to his loyal Royal Challengers Bangalore (RCB) supporters. He said he would apologise to the fans for not winning the IPL trophy. Meanwhile, he has recently undergone eye surgery and has ruled himself out of any competitive cricket. Follow IPL 2023 LIVE Updates on InsideSport.IN.

“I will return to Chinnaswamy next year, not for playing but to apologise to all the fans for not winning the trophy and thank them for the support over a decade. I am not playing cricket again due to right side eye surgery,” AB de Villiers said in a Twitter space.

After Virat Kohli stepped down from RCB captaincy role after IPL 2021, there was strong rumour that AB de Villiers will take over. However, to everyone’s surprise, he announced his retirement a few days before the retentions were announced. As IPL 2022 was played in Maharashtra, Kolkata and Ahmedabad, he did not get the chance to visit Bengaluru.

Thanks for tuning in! It was fun chatting to u all. Next time I’ll be inviting more guests on the show👌
https://t.co/es4SnRJKs2

But as BCCI President Sourav Ganguly has promised that IPL 2023 will revert to home & away format, De Villers will have his chance.

IPL 2023 Date: As expected, the IPL is expected to start in the last week of March around 22nd or 23rd. However, a final decision is expected during auctions when the IPL governing council meets.

“The next season of men’s IPL will also go back to the home and away format with all 10 teams playing their home matches at their designated venues,” Ganguly said in his letter.

IPL 2023 Trade-In Window: As reported by this platform earlier, the window is open till 7 days before the auction. The biggest name on the IPL transfer market this year could be Chennai Super Kings’ Ravindra Jadeja. The Indian all-rounder who joined the franchise back in 2012 has fallen out with CSK.