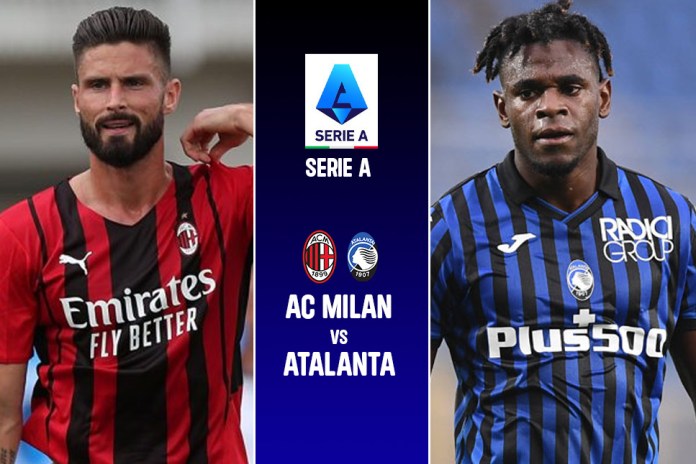 AC Milan vs Atalanta LIVE: Serie A Live streaming – Just two wins away from guaranteeing a first Scudetto since 2011, AC Milan take the ultimate step towards Serie A supremacy against Atalanta. The visitors are embroiled in a battle for European football next term. Follow InsideSport.IN for more updates

Serie A: Giorgio Chiellini confirms he will leave Juventus at the end of the season

Given an almost fully available squad, Stefano Pioli’s main concerns ahead of Sunday’s crucial encounter relate to selection, as Rade Krunic and former Atalanta man Franck Kessie battle it out with Brahim Diaz for a place in support of centre-forward Olivier Giroud.

On nine league goals this term, the latter could become the oldest player to reach double figures in his debut Serie A season; overtaking Cristiano Ronaldo by nearly two years. He should start ahead of another veteran striker, as Zlatan Ibrahimovic‘s impact has most recently come from the bench.

Only long-term absentee Simon Kjaer remains out of action for Milan, so they could even remain unchanged from the side that started against Verona, but Ismael Bennacer and Junior Messias are also contenders to push their way into the first XI.

In midfield, Mario Pasalic has found the net in each of his last four league appearances, and despite being an infrequent starter, has also been directly involved in 19 goals so far this season: 13 of his own and six assists.

Should Gian Piero Gasperini opt against risking Zapata from the start, his Colombian compatriot Luis Muriel will lead the line at San Siro, needing one more goal to reach 50 for the club in Serie A.

AC Milan vs Atalanta LIVE: When, Where, How to watch the live streaming of Serie A matches?

When will AC Milan vs Atalanta be played? – Date

What time will AC Milan vs Atalanta be played? Time
MIL vs ATA match will kick-off at 9:30 PM IST

Where will AC Milan vs Atalanta be played? – Venue
MIL vs ATA will be played at San Siro

Who will be the Match Official for AC Milan vs Atalanta? Referee

Daniele Orsato will be the referee for the game

Where will the Serie A matches be broadcasted in India?
For Indian fans, the new season of Serie A will be broadcasted on Viacom18’s flagship youth brand channel MTV and OTT platform, Voot Select.