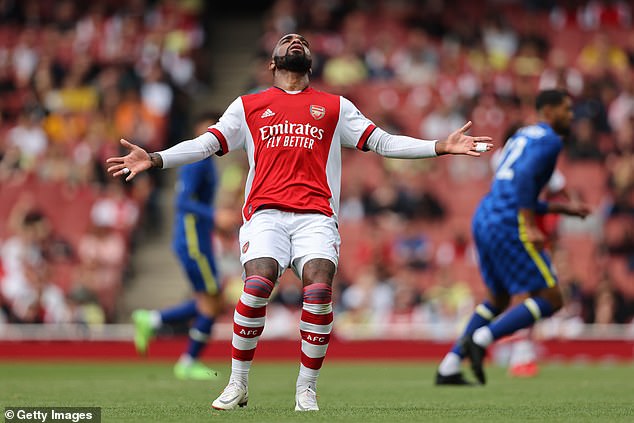 ADRIAN KAJUMBA: No league goals from open play in 2022 is proof the burden of goals is TOO MUCH for Alexandre Lacazette to handle… he misses the Champions League, but he’s had plenty of time to fire Arsenal back there

So Alexandre Lacazette is missing the Champions League?

He will not be the only one connected to Arsenal who feels that way. He has at least had a chance to do something about it.

It has been five long years since Arsenal last dined at European club football’s top table with Lacazette one of the many players signed to help them get back there.

This season a surprise opportunity emerged for the north Londoners to reclaim a seat after their recovery from a horror start to the season. If they ultimately come up short following an untimely wobble the inquest will be wide-ranging – and the goal-shy Lacazette will be one focus of it.

In the second half of the season the task of scoring the goals Arsenal needed fell firmly at his feet.

Since Pierre-Emerick Aubameyang was allowed to leave in January, Mikel Arteta placed significant trust in Lacazette to lead his team as captain and also shoulder Arsenal’s goalscoring burden for the remainder of the season.

The wisdom of that decision can, of course, be questioned.

And as Arsenal have stumbled the scrutiny on Arteta and his January calls have increased.

That responsibility, though, has looked like too big a weight for Lacazette, 30, to carry. 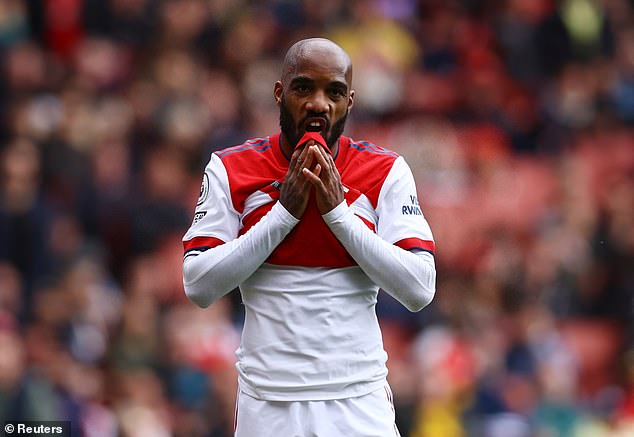 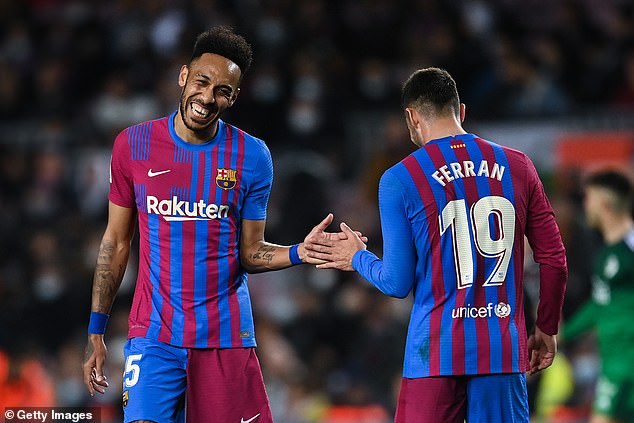 Arteta has been generally supportive of Lacazette and what he contributes to his Arsenal group as a player and person.

At one stage recently he went on a run of being involved in five goals in five games.

He only scored one, from the penalty spot against Leicester, but his link play came to the fore and was key in Arsenal’s surge to fourth before their recent dip.

But either side of that there have been long runs of zero contribution to goals. His current one stands at four games. In open play, he has also had just four shots on target in 2022.

He has just four league goals all season – two of which are penalties – and his last strike in open play came back in December.

In mitigation Arsenal, lowest scorers in the top seven, are not been the most prolific creators of opportunities.

They are a lowly 16th out of 20 in the table of big chances created. 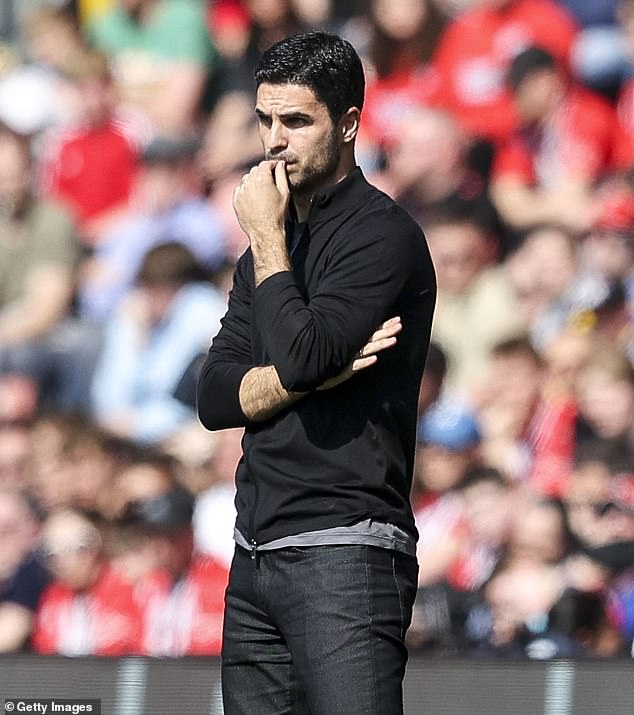 Lacazette’s supporters will also cite the work he gets through during a game in his defence.

Even still, voicing his Champions League frustrations when he is in position to but has been unable to impact them is unlikely to go down all that well or be met with much, if any, sympathy.

Lacazette joined Arsenal in 2017 for a then club record deal worth up to £52m, following their last campaign in the Champions League.

He has had plenty of time to help them get back into the continent’s elite club competition. If they do not he will have to share some of the responsibility.

The good news for Lacazette is he can leave Arsenal and get what he is looking for elsewhere at the end of the season.

With his contract up in the summer, he can exploit his free agent status and walk into a club that can offer the Champions League stage he craves for nothing. If he does that will be a tough one for the Gunners to stomach, especially after this season.

Meanwhile they will be on the outside looking in again and need to spend big once more to find a striker who can succeed where Lacazette, and others in fairness, would have failed. 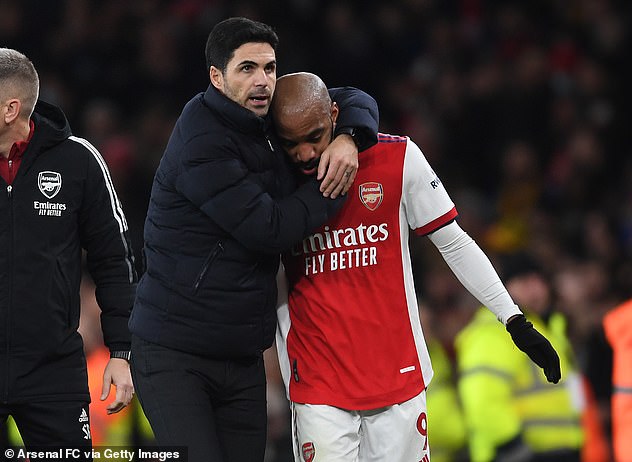