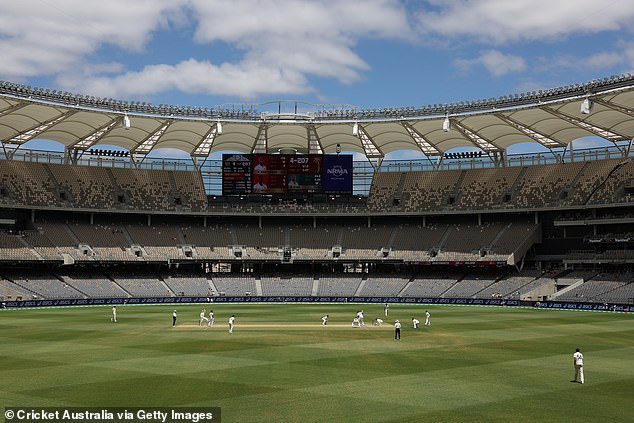 AFL great has told Australia’s cricket team to ‘leave politics out of sport’, suggesting their stance on social issues were behind the poor attendances for the first Test in Perth.

Pat Cummins’ team kicked off its summer in winning fashion with a 164-run win over the West Indies in front a largely deserted Optus Stadium.

A combined crowd of just over 42,500 passed through the turnstiles at the 60,000-capacity venue during the five days of play.

A combined crowd of just over 42,000 attended the five days of Test cricket in Perth

And Michael, a three-time premiership winner with the Brisbane Lions, claimed the lack of interest was down to the team’s focus on social issues.

‘Just play cricket lads. Leave politics out of sport,’ the 45-year-old tweeted, along with pictures of an Australian batter taking the knee and players from both teams sat in a circle on the ground.

A third picture featuring a sparsely populated Optus Stadium was preceded by a ‘=’ sign, implying crowds had been turned away by Australian’s stance.

Australia’s test team has taken a knee for the first time ever ahead of the first ball in the series opener against the West Indies last week. 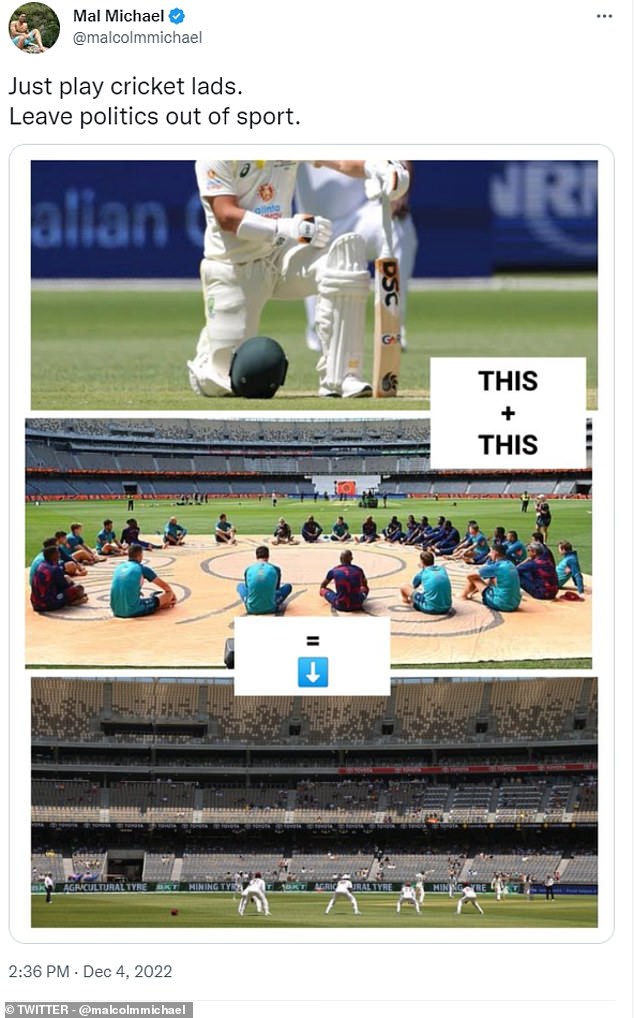 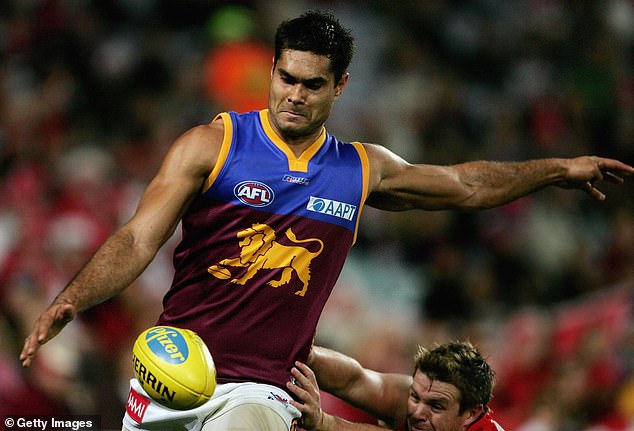 The gesture made worldwide headlines when NFL quarterback Colin Kaepernick opted to kneel rather the stand during the national anthem before a pre-season game in 2016.

Kaepernick said at the time that taking the knee was a silent protest against police brutality and racial injustice.

His example was subsequently followed by several teams across different sports – including England and the West Indies Test cricket teams, Premier League players and the England national football team.

Several West Indian players raised their fists in a ‘black power’ salute as they took the knee – with the clinched-fist salute featuring on their collars along with the words ‘Black Lives Matter’. 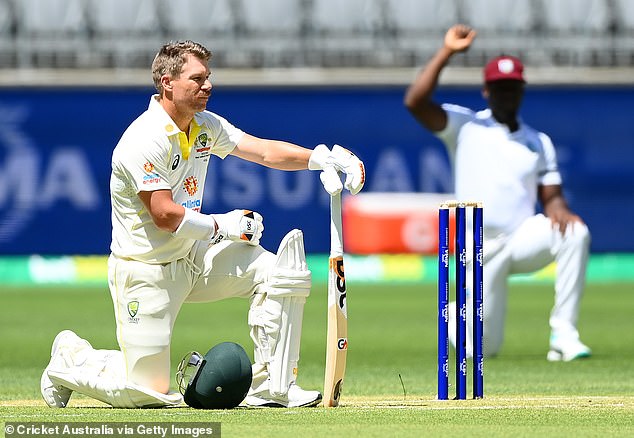 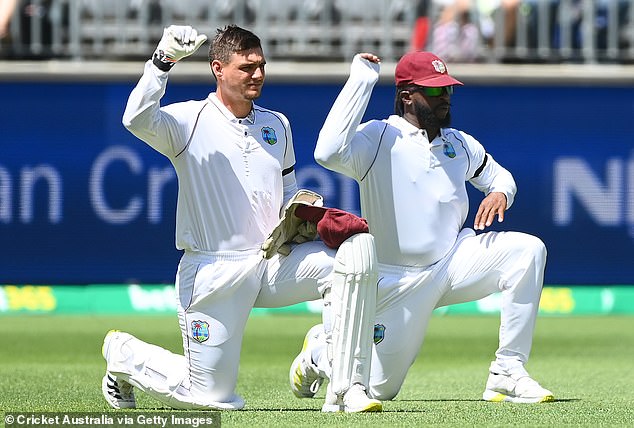 The movement rose to prominence in the US in 2020, in the wake of social protests following the death of George Floyd in Minneapolis.

Former police officer Derek Chauvin knelt on Floyd’s neck for several minutes as he arrested him, despite Floyd complaining he couldn’t breathe.

Australia’s white-ball teams have taken the knee before when an opponent has done it and Cummins said the decision to join in was ‘in support of equality’.

‘We’ve consulted with the West Indies team, who confirmed they will be taking a knee,’ a Cricket Australia spokesperson told The Age earlier this week. 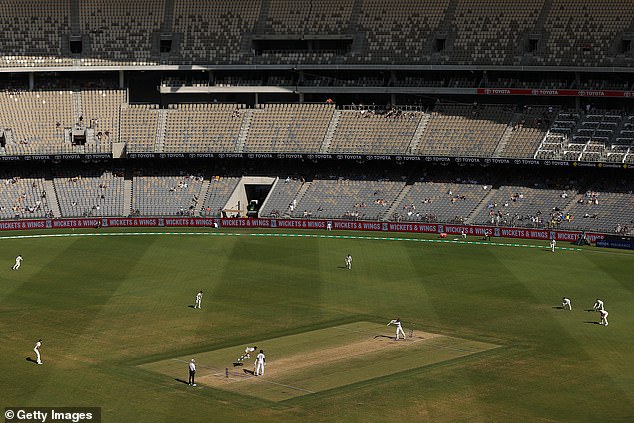 The gesture drew a mixed response from fans, while Cricket Australia have been heavily criticised for scheduling the start of the Perth Test on a Wednesday.

The start date was caused by the tight scheduling window following the Twenty20 World Cup and three-match ODI series against England, the latter of which was also poorly attended.