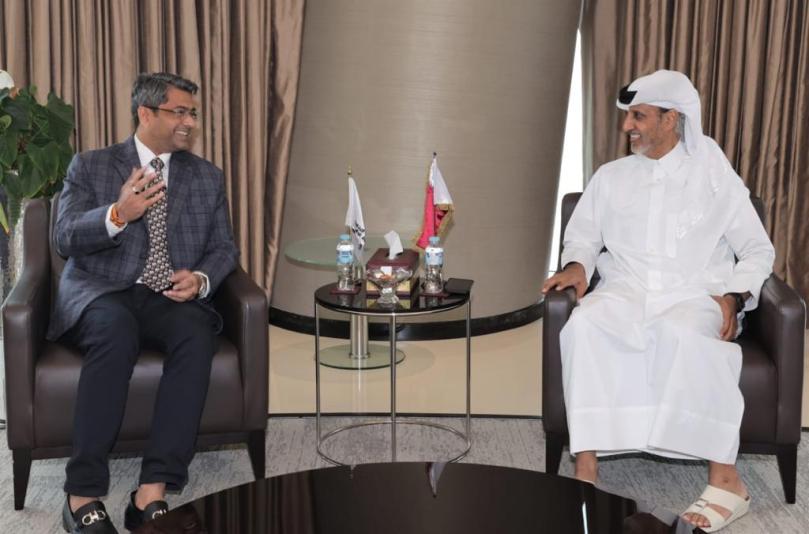 AIFF Meets QFA : Plans for Strategic Alliance : The All India Football Federation (AIFF) is all set to sign a Memorandum…

AIFF Meets QFA : Plans for Strategic Alliance : The All India Football Federation (AIFF) is all set to sign a Memorandum of Understanding with the Qatar Football Association on Sunday, September 11, 2022, after a meeting between the top office bearers of the two football governing bodies in Doha, Qatar. Follow AIFF live updates with InsideSport.IN

AIFF President Kalyan Chaubey and Secretary General Dr Shaji Prabhakaran, on their visit to Doha, met with QFA President Sheikh Hamad Bin Khalifa Bin Ahmed Al-Thani, Senior Board Members and General Secretary Mansoor Al-Ansari at the QFA office on Sunday, to discuss a strategic alliance for the mutual benefit of football in both India and Qatar. 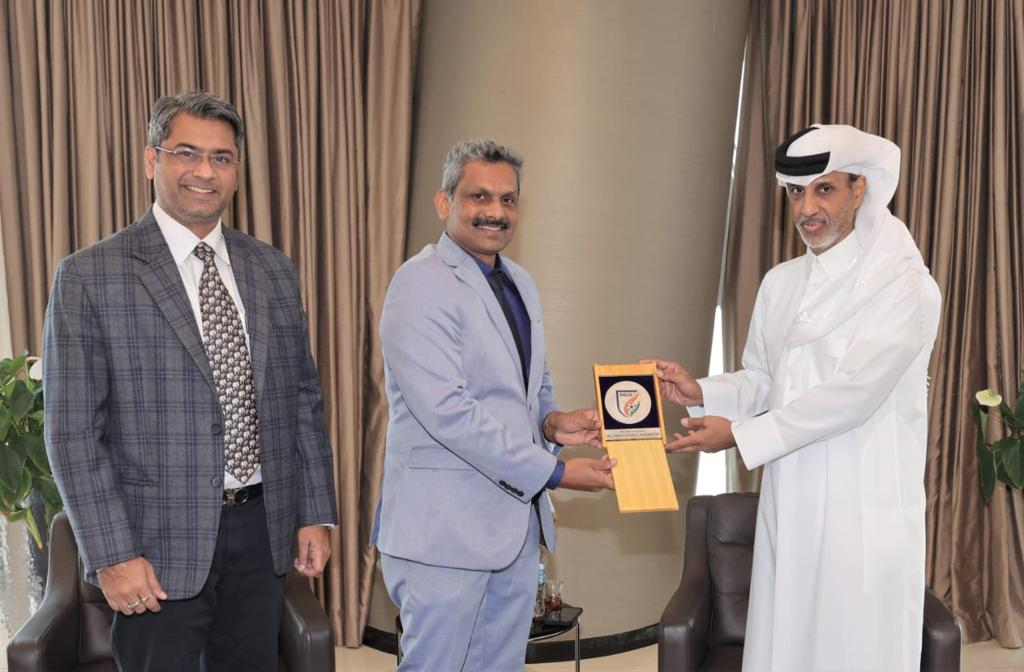 Chaubey, after the meet, stated, “I would like to express my sincere thanks and gratitude to the QFA President for his valuable time to discuss collaboration possibilities between India and Qatar. I am sure this would be beneficial to both countries in the long run.”

Both the AIFF President and Secretary General had travelled to Doha earlier this week, and had on Friday, met with FIFA President Gianni Infantino to discuss the way forward for Indian Football. The All India Football Federation (AIFF) earlier in September announced the name of its president in its 85-year history with Kalyan Chaubey defeating the legendary Bhaichung Bhutia in the election for the top post.

The 45-year-old Chaubey, an ex-goalkeeper with Mohun Bagan and East Bengal, prevailed 33-1 as former Indian football skipper Bhutia lost the election and got only 1 vote.

Earlier in August, FIFA (International Federation of Association Football) had imposed the suspension on AIFF (All India Football Federation) over “third party involvement”. Following the decision, AIFF lost all FIFA membership rights, including the opportunity to host the U-17 Women’s World Cup in October.

Indian football teams were disallowed to compete in foreign events and neither the AIFF nor any of its members or officials could benefit from any FIFA or AFC development programmes, courses, or training.

The ban was lifted in August itself after FIFA received confirmation that the mandate of the committee of administrators that was set up to assume the powers of the AIFF Executive Committee had been terminated and that the AIFF administration had regained full control of the AIFF’s daily affairs.