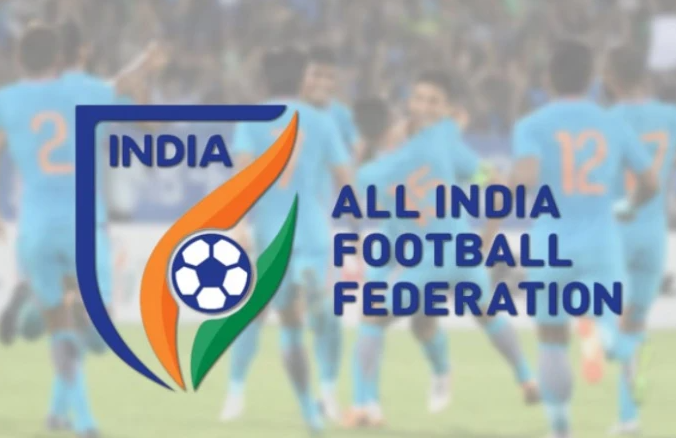 CoA vs AIFF: AIFF’s unhappy state associations ready to find ‘middle ground’- The state units of All India Football Federation are not happy with several provisions in the final draft constitution but they are willing to “find a middle ground” to avoid a FIFA ban. Follow InsideSport.IN For more updates

The state associations, represented by a seven-member panel, had written to the FIFA that several clauses of the final draft constitution, prepared by the Committee of Administrators (CoA), were discriminatory and illogical.

Also read: CoA vs AIFF: After FIFA, Committee of Administrators submits draft AIFF constitution to Supreme Court ahead of Deadline – Check Out

The letter was written after the Supreme Court-appointed CoA, which is running the sport in the country, sent the final draft constitution to the FIFA and the state associations on July 13.

“We are ready for give and take. It is not that my way is the highway. We have to ensure that there is no ban from FIFA. I hope every party will have to rise to the occasion for the good of Indian football,” one of the state officials told PTI on the condition of anonymity.

“We are hoping that things will get sorted out and deadlines set by FIFA are met. We can ill-afford a FIFA ban, we must avoid it.”

The CoA, which was constituted by the SC to draft a new constitution and hold elections to the AIFF executive committee, submitted the document to the top court on July 15. The matter will come up for hearing on Thursday.

A FIFA-AFC team, which had visited the country last month to take stock of the situation after the SC ousted the office bearers led by Praful Patel, had set strict deadlines to hold elections by September 15.

It is learnt that the state associations have objections to more than 20 points out of which five to six are major ones. A major objection is the provision of nomination of a former player as one of the two voting members from a state association to the General Body of the AIFF.

According to Article 20.2 of the final draft constitution, every full member shall be represented at the General Body meetings by two representatives, one of whom shall mandatorily include an eminent player from that state. Both representatives of the full member state shall have one vote each.

The eminent player representative shall be nominated by the Executive Committee of the respective state association from a comprehensive list of such players to be maintained by the AIFF.

There shall be a separate list of eminent players prepared for each state/union territory by the AIFF, which shall be published on its website.

The former players of a particular state will be ranked according to the number of international matches played.

“If the AIFF is preparing the list of the eminent players from each state, it is a welcome move,” he told PTI.

But an eminent player will serve only one term in the General Body as per his or her respective roster points. The next in the roster will get the spot in the next term.

The CoA defines an ’eminent’ player as a former footballer, male or female, who has retired at least two years ago and has represented India at the senior level in at least one game.

Sources in the AIFF also said that FIFA has not said anything adverse about nominating one eminent player out of the two representatives of a state association to the AIFF General Body.

“FIFA till now has not said anything against the provision of an eminent player from each state association getting a vote in the AIFF General Body,” a source privy to the development said.

The draft constitution has no provision for any vice president in the 12-member executive committee which will have president, treasurer, five members and five players to be elected out of the representatives of the state associations in the General Body of the AIFF.

States want the AIFF executive committee to have five vice presidents representing each zone. It is, however, learnt that the states are ready to accept the representation of five players in the executive committee. There should be three male and two female eminent players.

“We are not against more player representation and as such we are not against players in the executive committee. But we are against one player out of two to be in the General Body,” a state association official said.

“We are totally agreeable to the National Sports Code but the draft constitution has many provisions which are not in the Sports Code and illogical and impractical.”

“The provision that an executive committee member of the AIFF cannot hold office in a state association is one such provision,” he added.

At any given point of time, no office-bearer shall hold any office in any other federation or association (of a sport other than football) affiliated to the IOA directly or indirectly.

If any person who already holds a post or office in the said federation or association is elected to the executive committee of the AIFF, he or she shall demit the previously held post forthwith.

No person drawing any salary or financial benefit from the AIFF for any services provided or rendered to the AIFF shall be a part of the executive committee, except for the general secretary (in an ex-officio capacity).

A member of the executive committee cannot, at the same time, be a member of any of the judicial bodies of the AIFF.