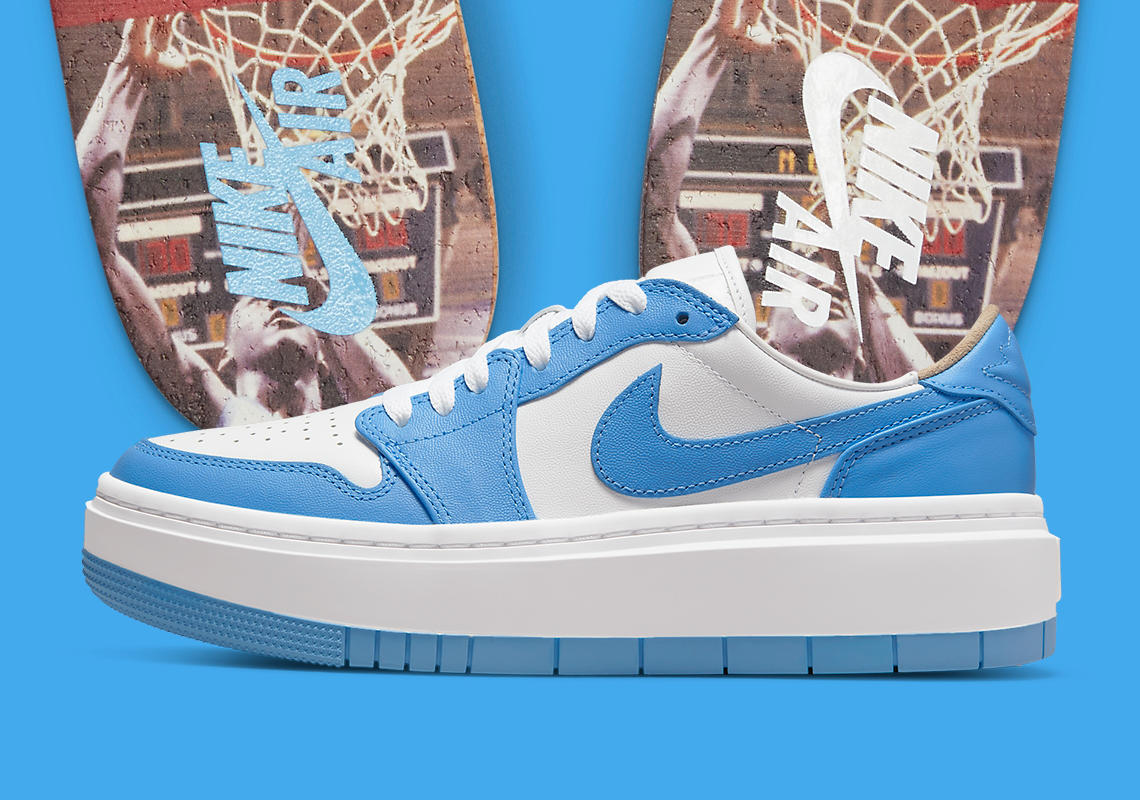 Despite playing with the design of what is largely considered to be the most iconic sneaker of all-time, the Air Jordan 1 Low Elevate avoids straying too far from its roots. With its inaugural offerings, the platform sneaker has drawn inspiration from familiar colorways, such as “Wolf Grey,” “Team Red,” and “Bred.” And these nods only continue to drive further and further into the past, as this newly revealed “University Blue” make-up looks back on the 1982 NCAA Championship.

Though it shares the same influences as the upcoming Air Jordan 1 “Georgetown,” the colorway instead celebrates the game’s victor. As such, “University Blue” is displayed across the exterior, dressing the Swoosh, tread, and the overlays adjacent. Underneath, white lines the leather base, matching that of the midsole and lace unit. Elsewhere, in overt nod to the championship itself, a shot of MJ in his college days is printed onto the insole.

For a closer, official look at this AJ1 Low Elevate, check out the official images below. Currently, no firm release date has been set, so sit tight for further updates.

In other news, the adidas Yeezy Boost 350 Turtle Dove may be returning. 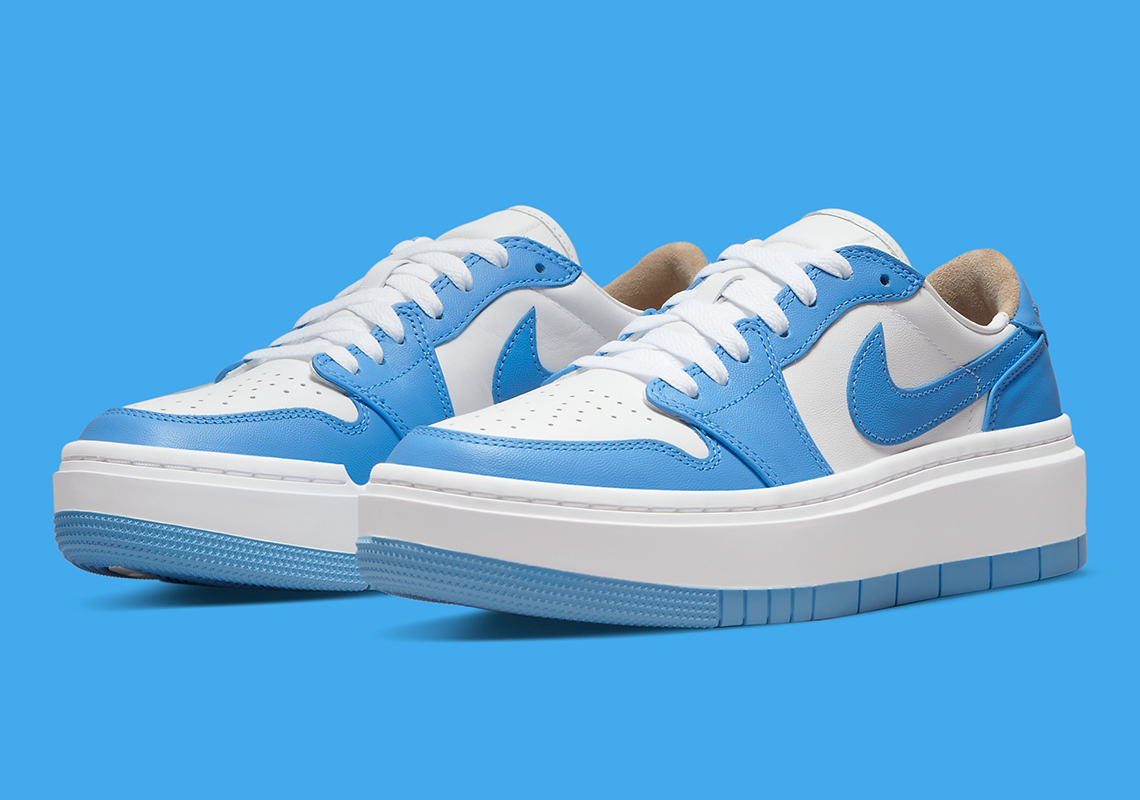 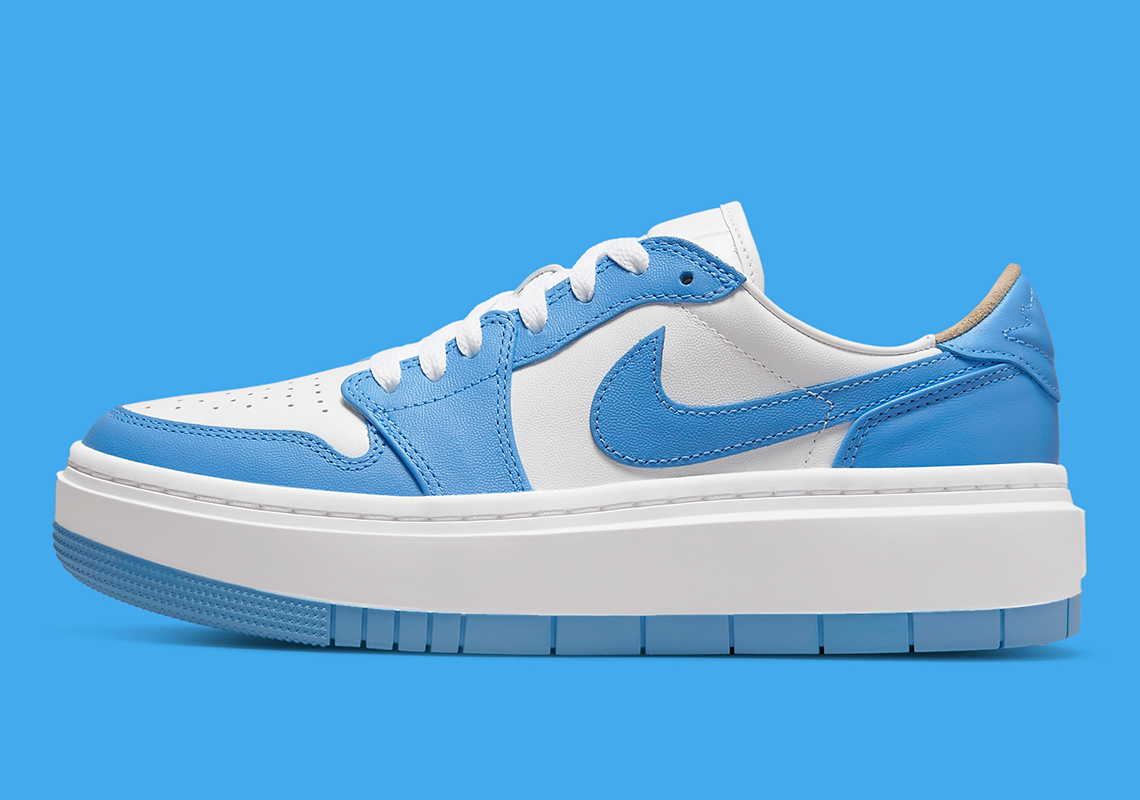 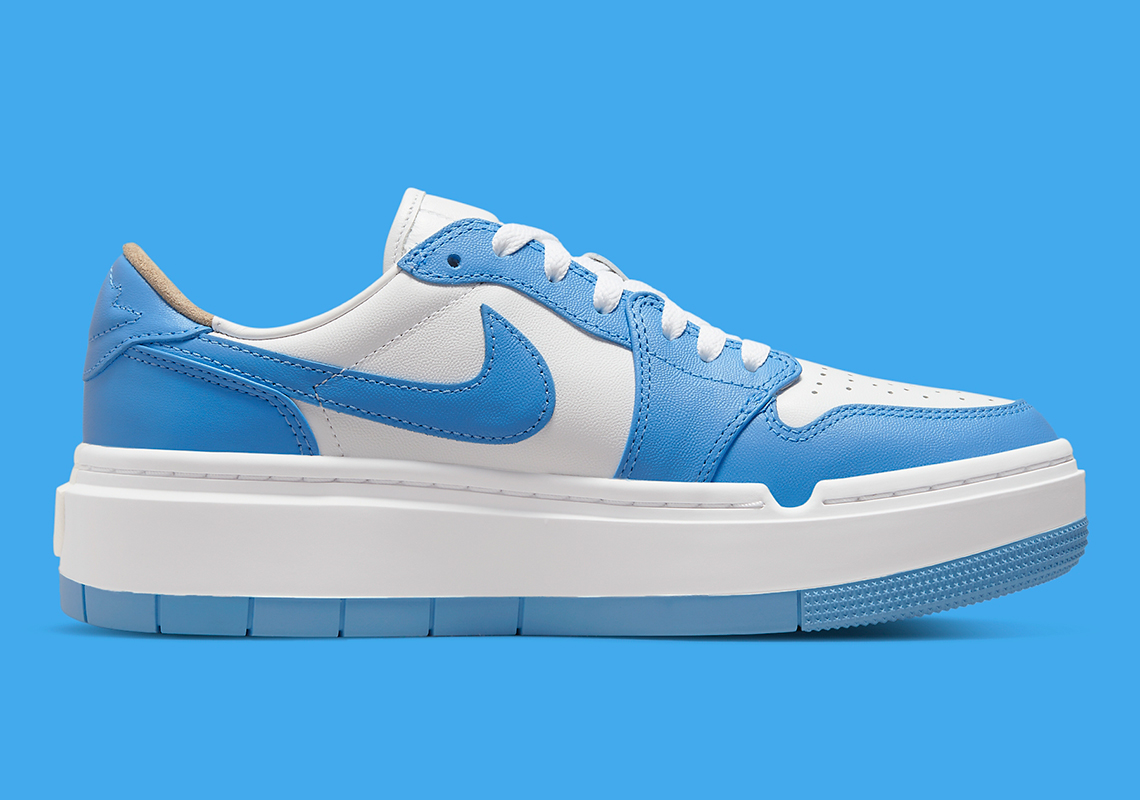 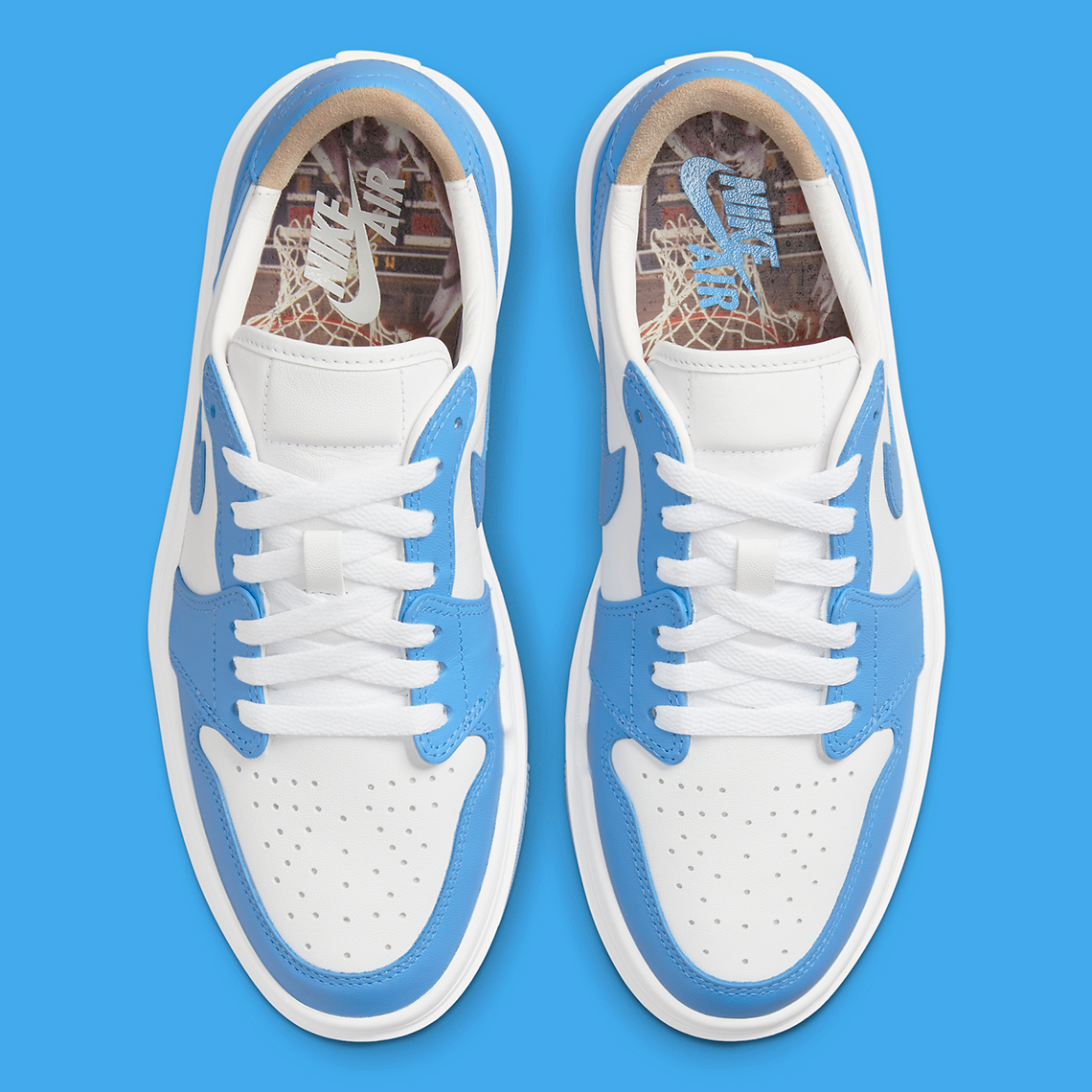 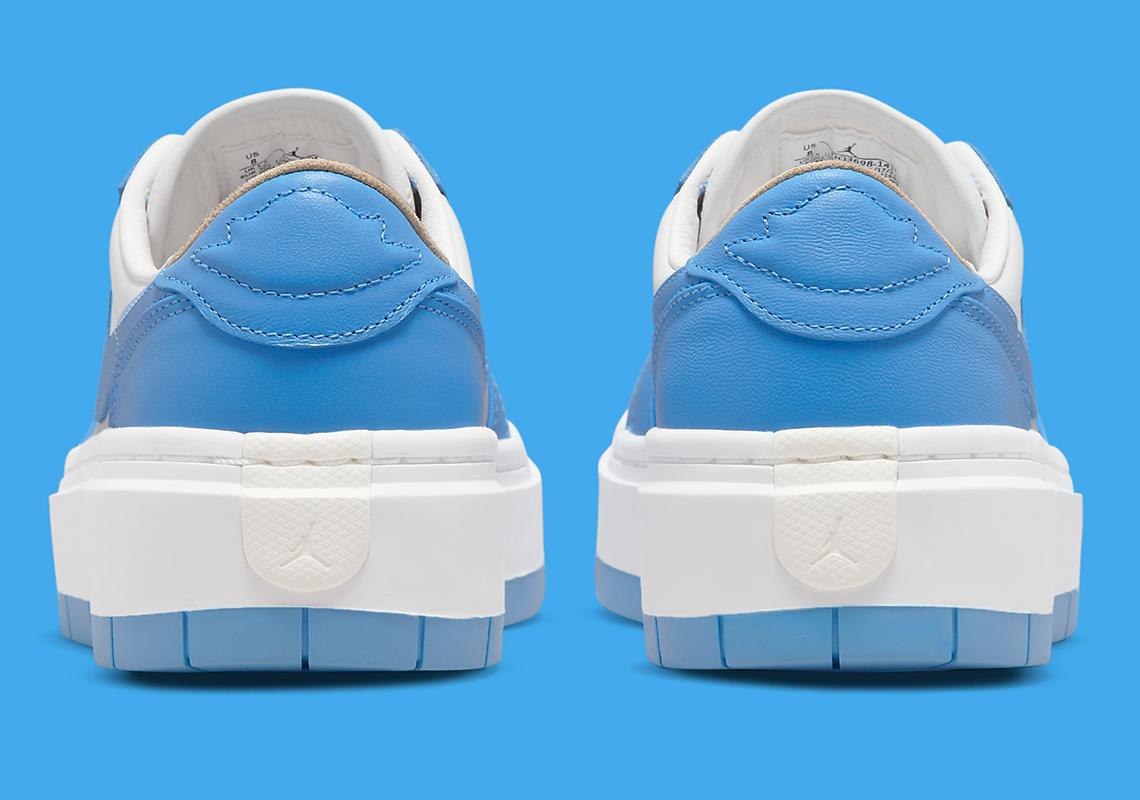 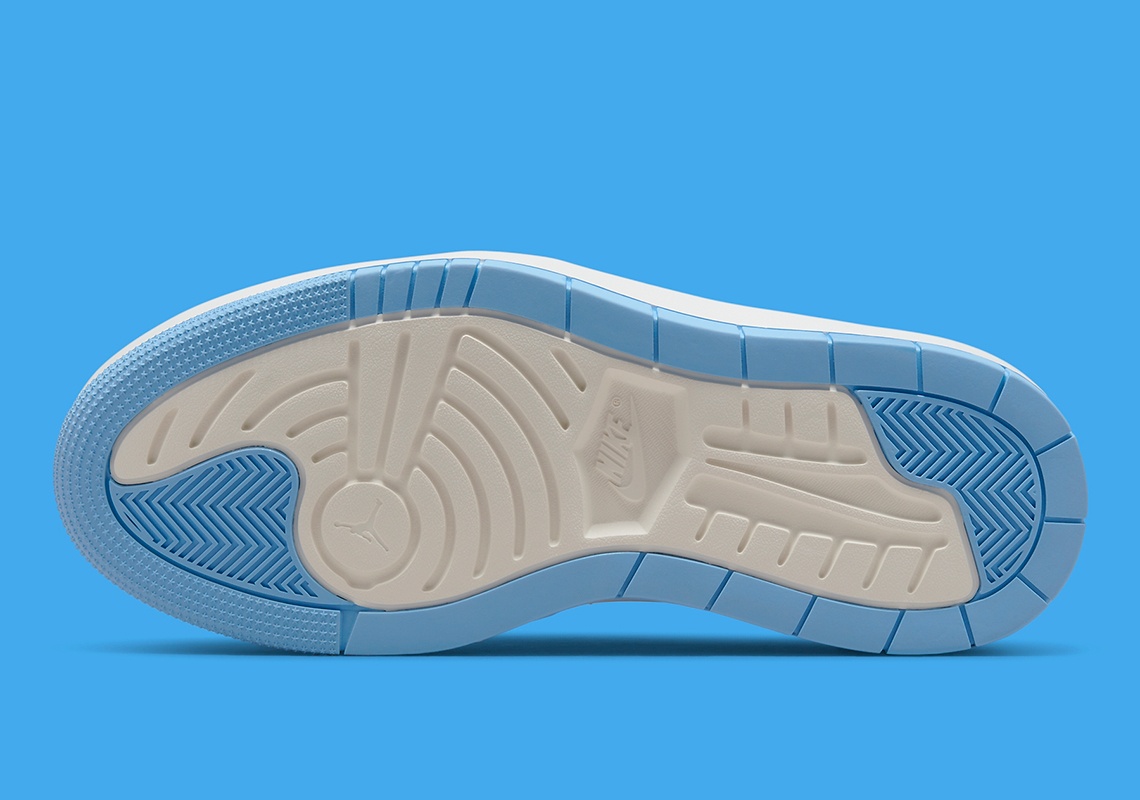 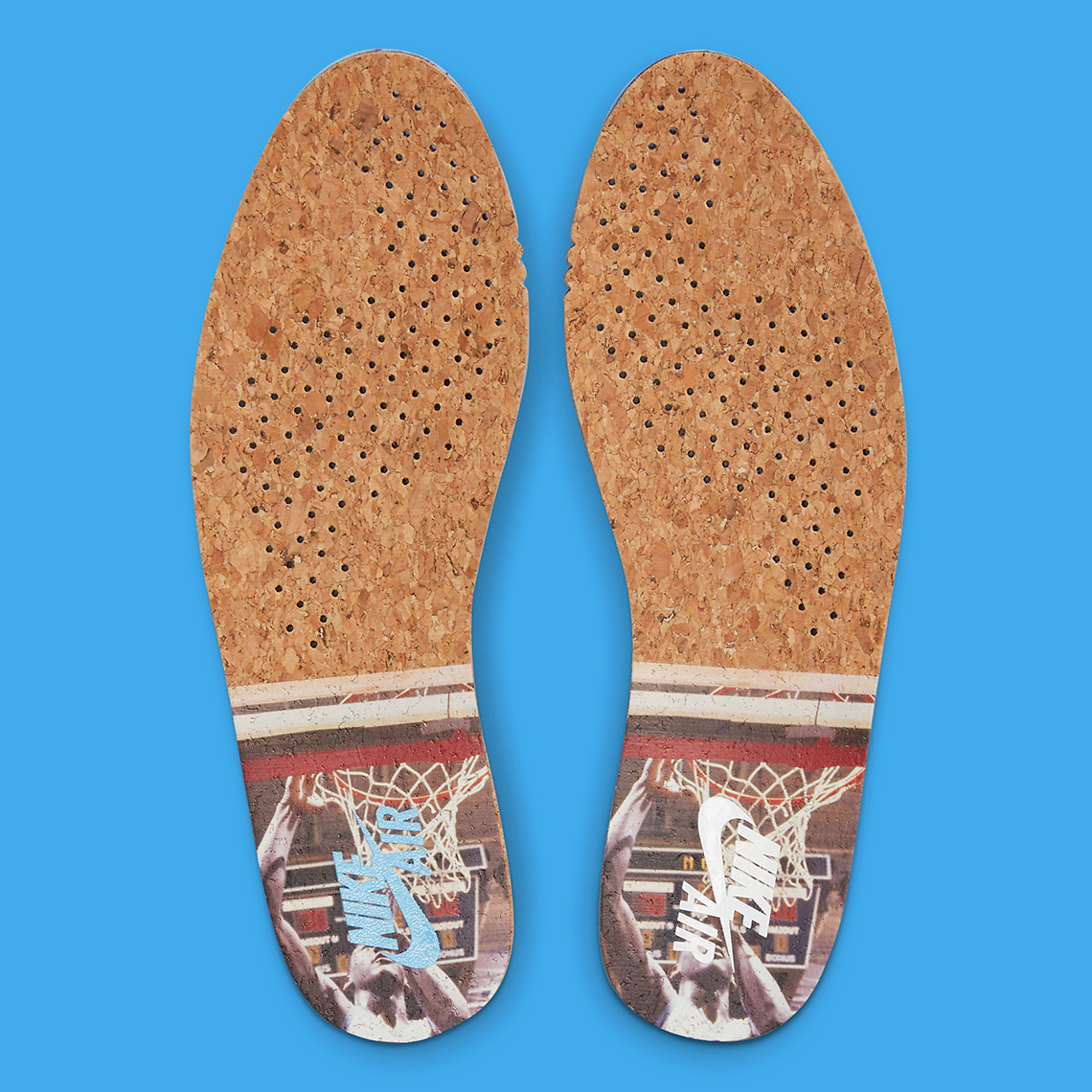 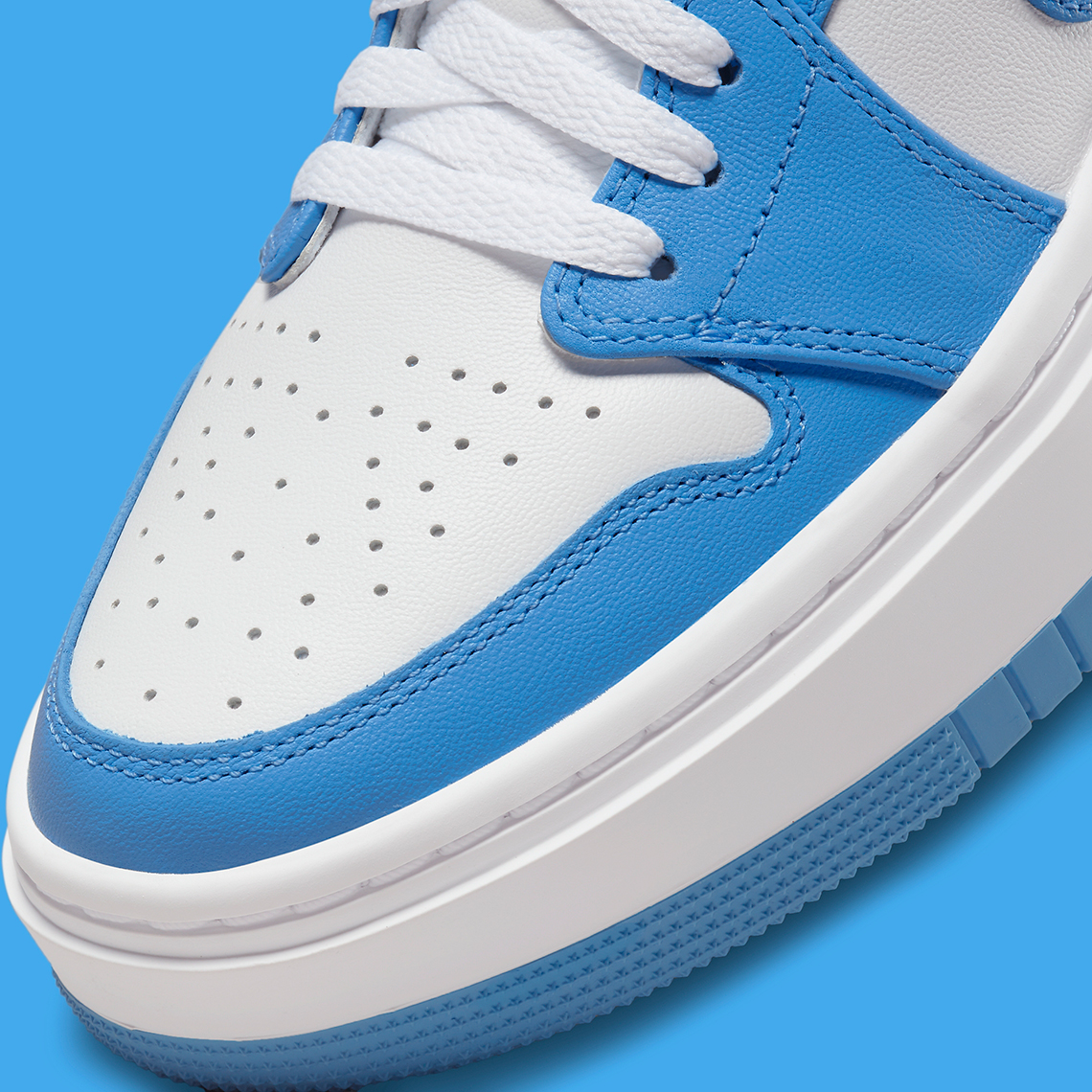 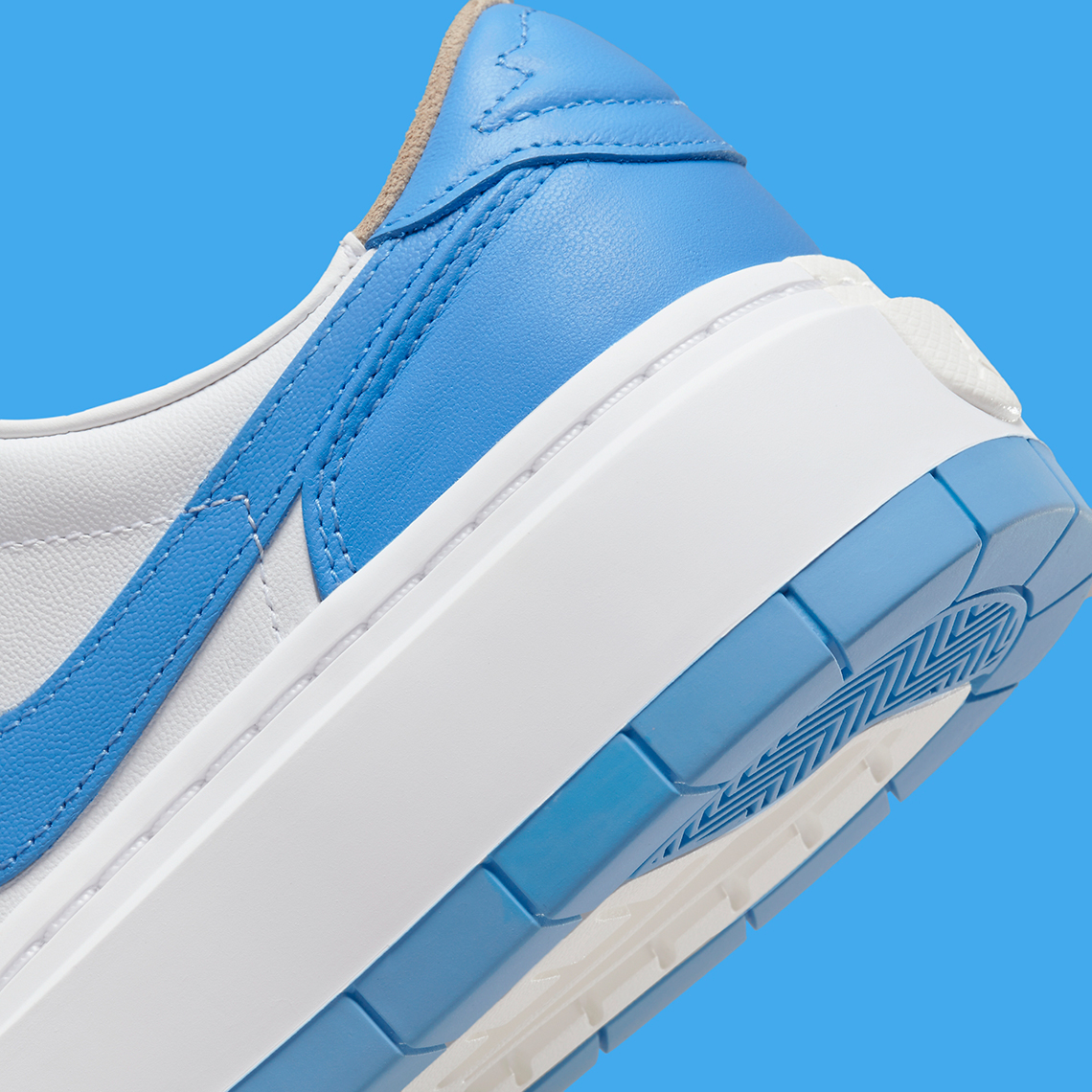