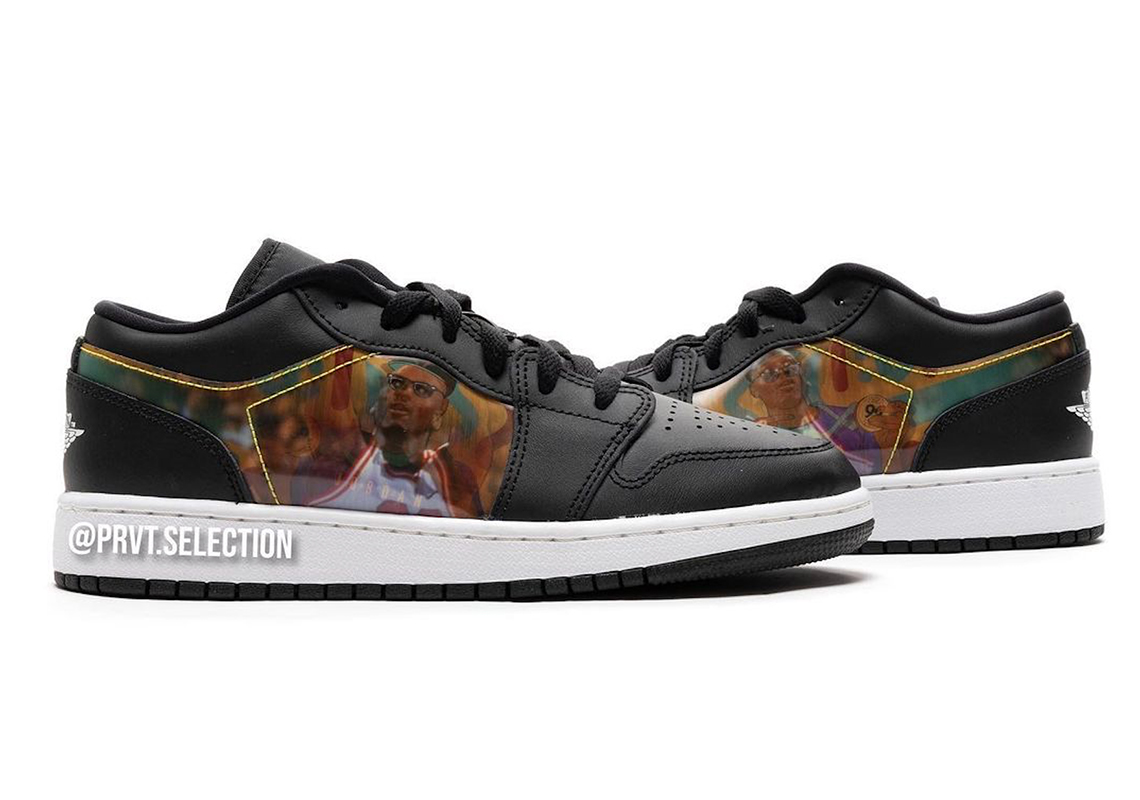 Beyond collaborations with Travis Scott and Dior, the Air Jordan 1 Low has garnered attention over the last few years on its own merit. Original styles informed by the Chicago Bulls have helped make the low-top model a worthy alternative to its tallest counterpart, but so have experimental looks.

Recently, a predominantly “Black” and “White” makeover of Air Jordan 1‘s lifestyle-oriented version has appeared with holographic, changing images of Michael Jordan. Yet to be confirmed by any official NIKE. Inc. channel, the retro resembles some previously-seen iterations of the Nike Dunk Low-reminiscent design, donning “Black”-colored leather across most of the upper. Lateral side swooshes are omitted from the pair, allowing for #23 to appear in various scenes seemingly derived from his time with Team USA. Photography and illustrations capture “His Airness” at the peak of his basketball career, shifting depending on the angle.

Jumpman logos on the top of the tongue and sock-liners opt for vibrant yellow and blue flair, which doesn’t appear elsewhere on the Jordan 1 Low. Medial mid-foot panels abandon any holographic images in favor of a “Panda” Dunk-reminiscent arrangement; “Wings” insignias on the spine also don a monochromatic finish. Underfoot, Peter Moore’s oft-imitated sole unit rounds out the sneaker’s mostly-two-tone look, further allowing for the changing images on the lateral profile to revel in the spotlight.

Enjoy a first-look at the pair ahead, courtesy of Instagram user @prvt.selection, as you wait for official Nike.com release details.

For more from Team Jumpman, check out the Jordan 4 “Black Canvas” expected to launch in August. 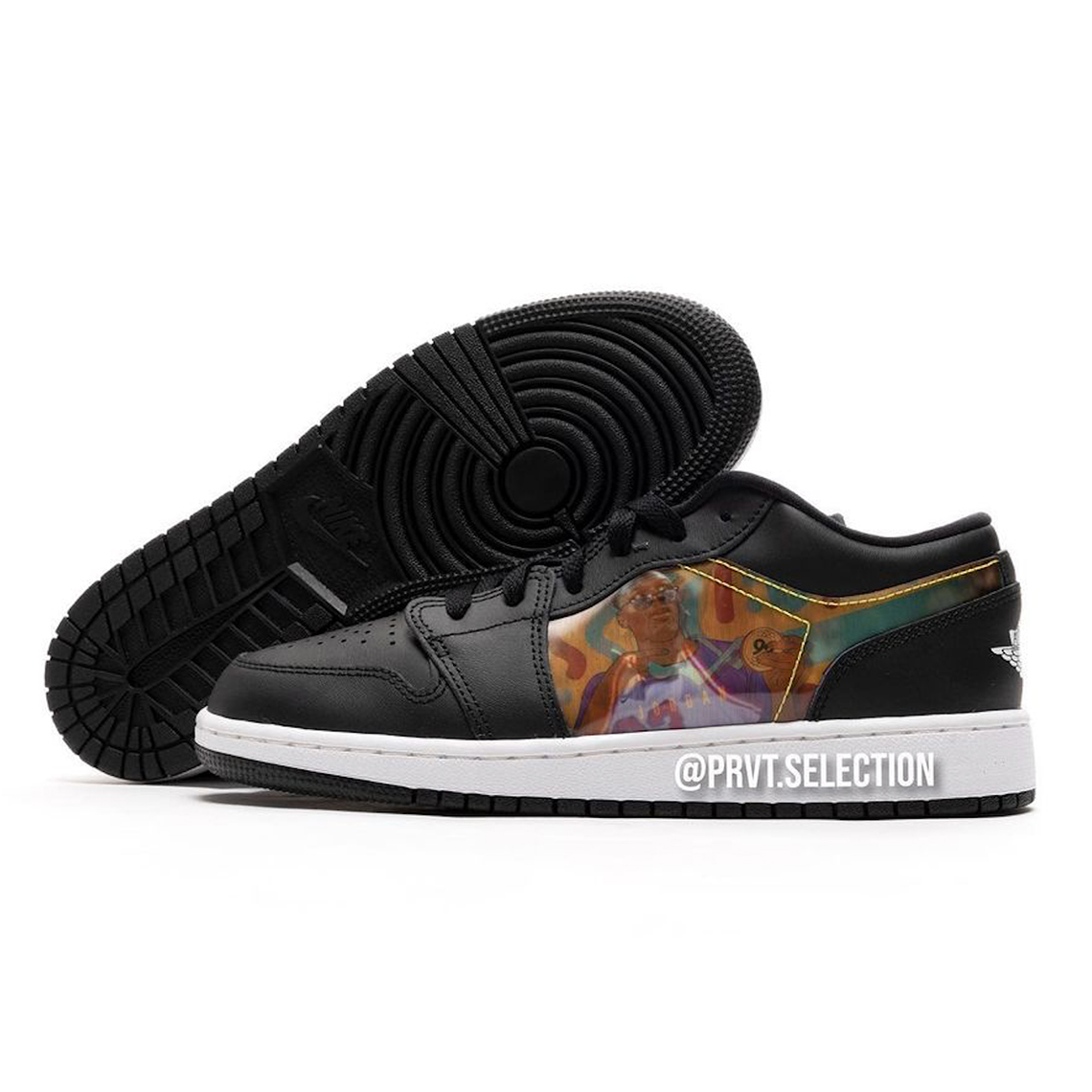 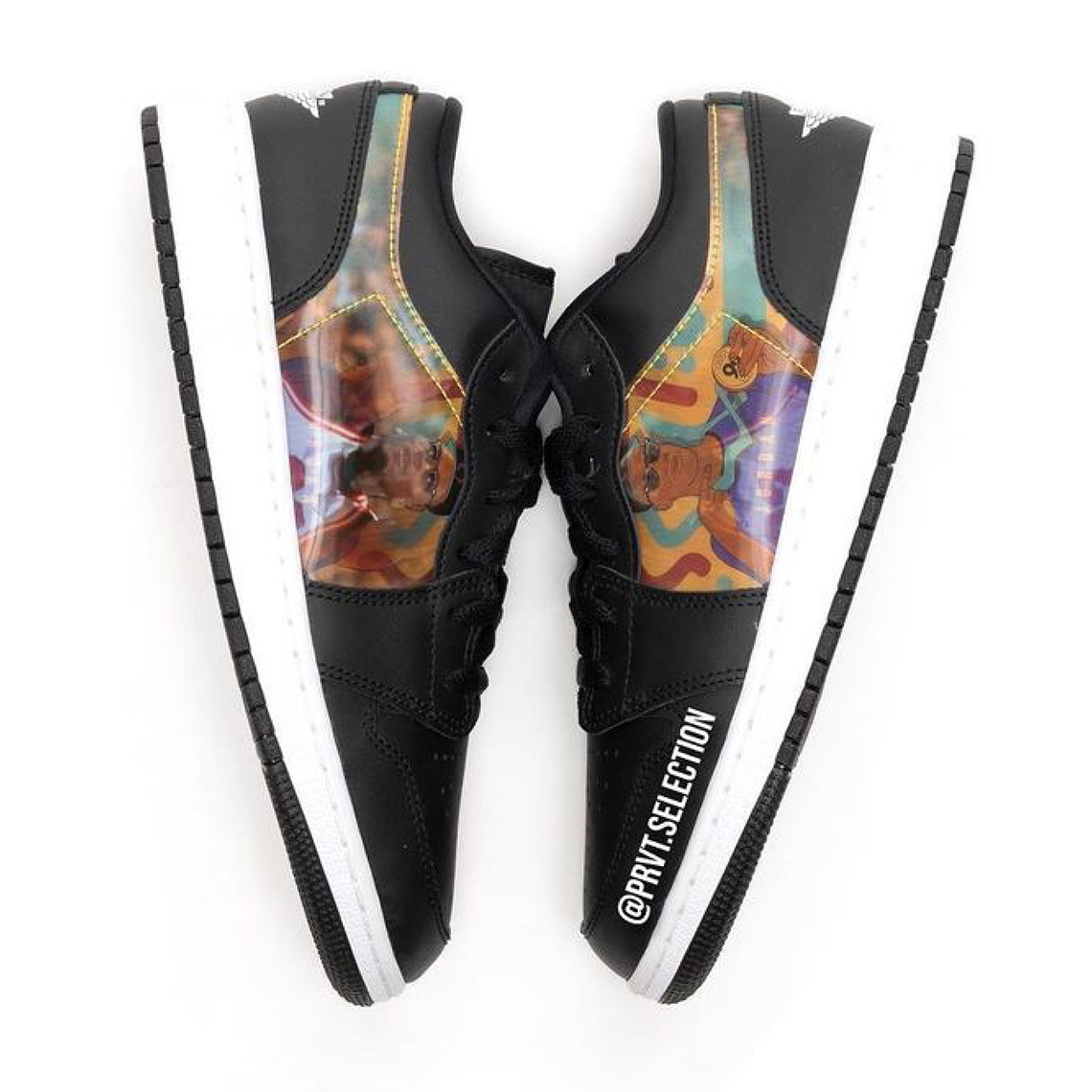 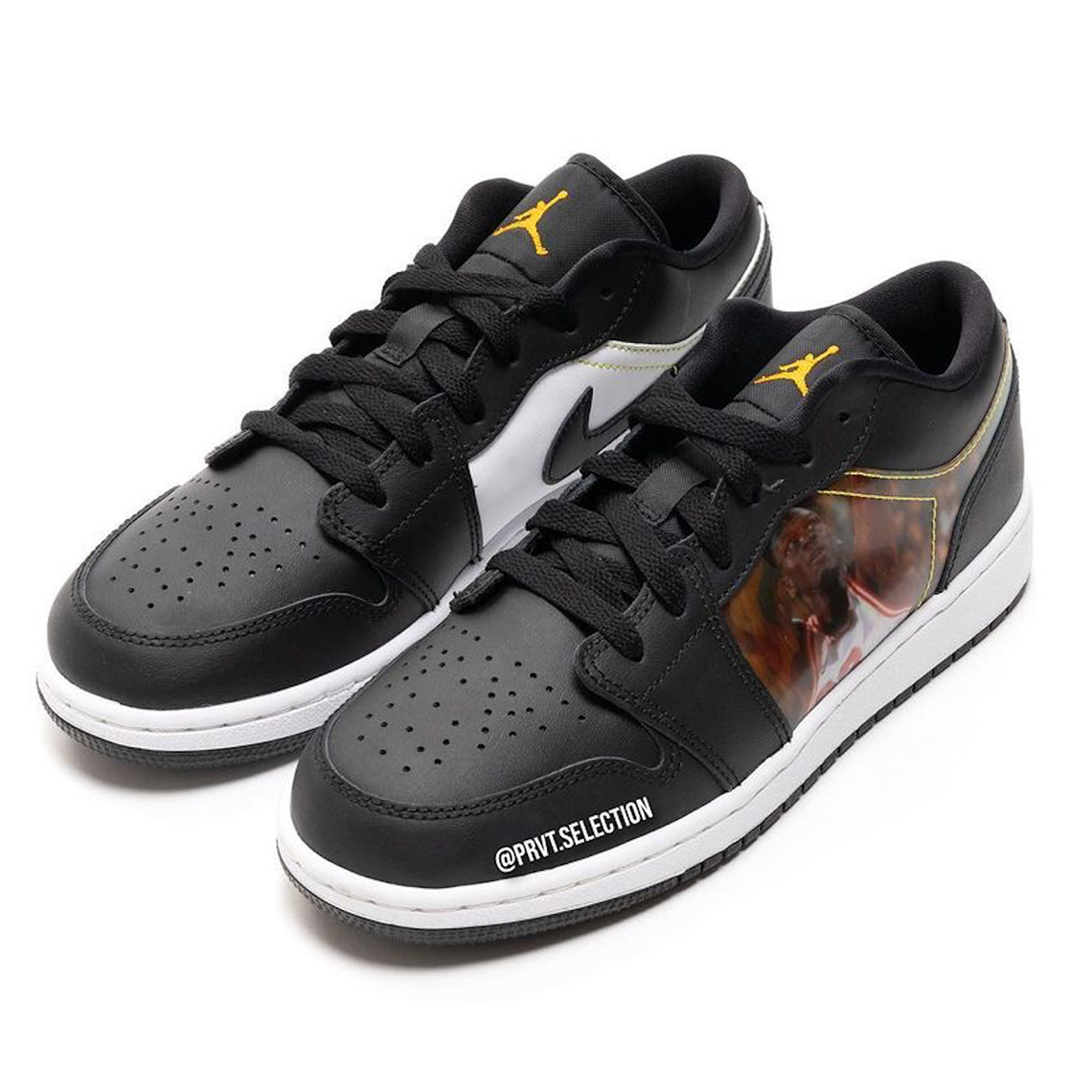 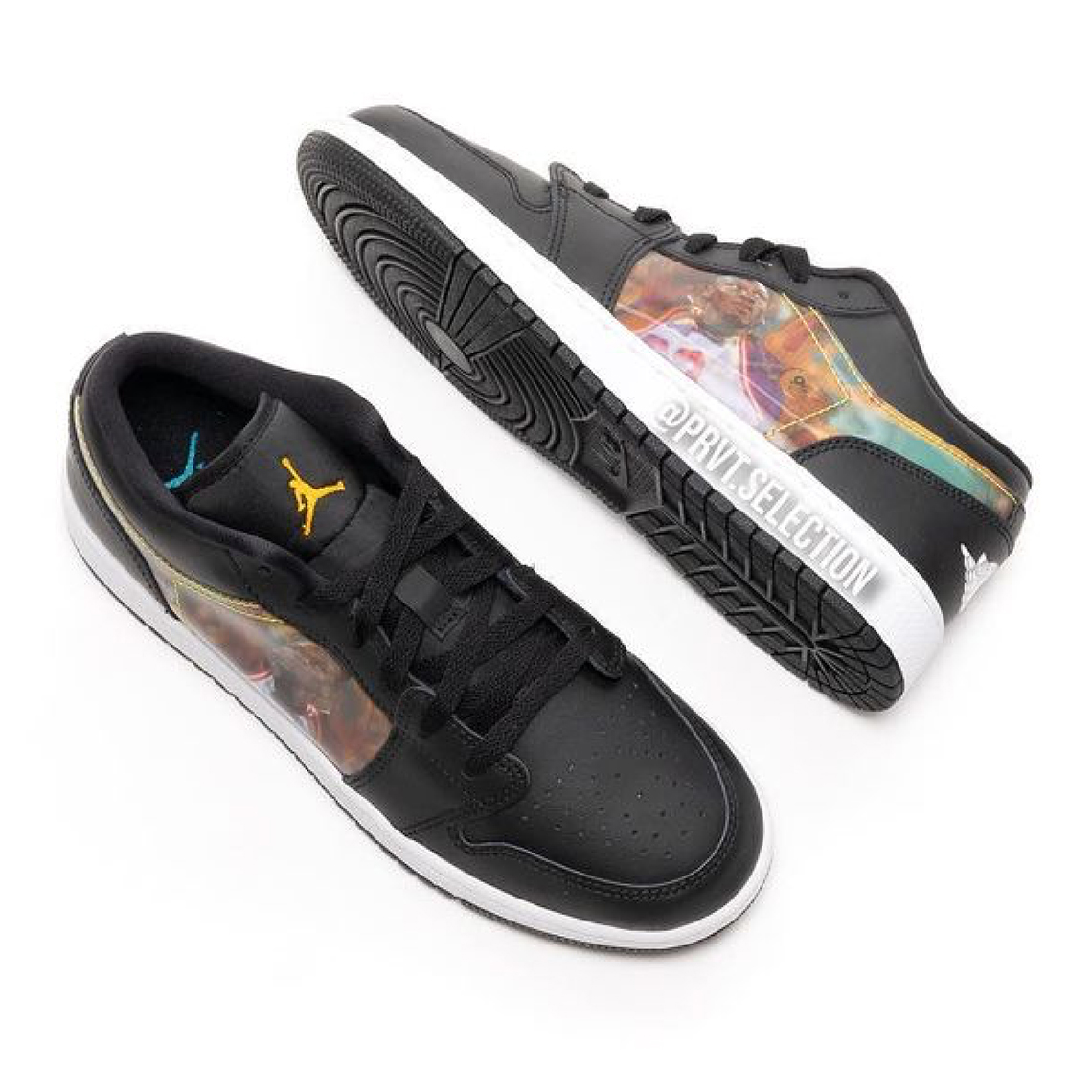 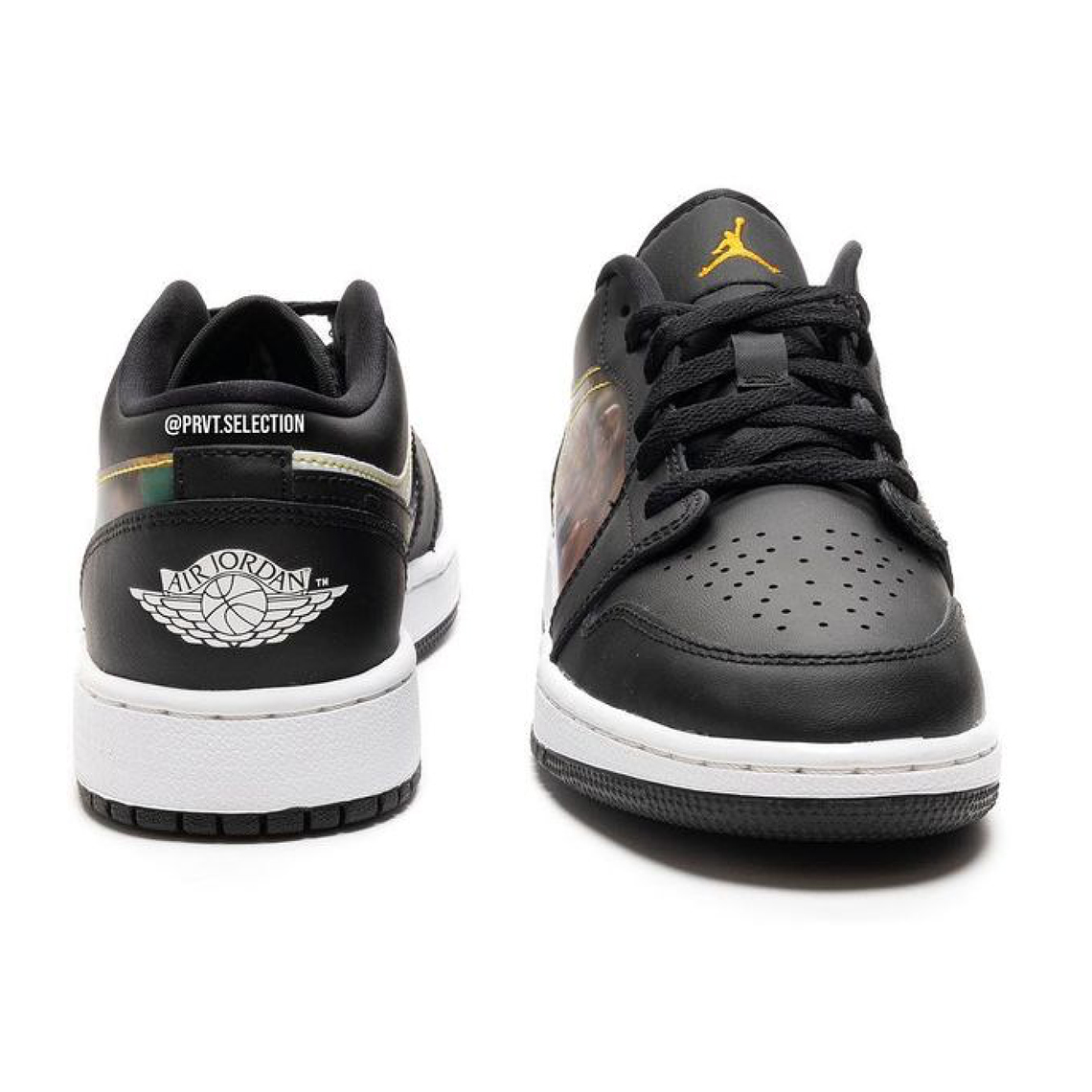 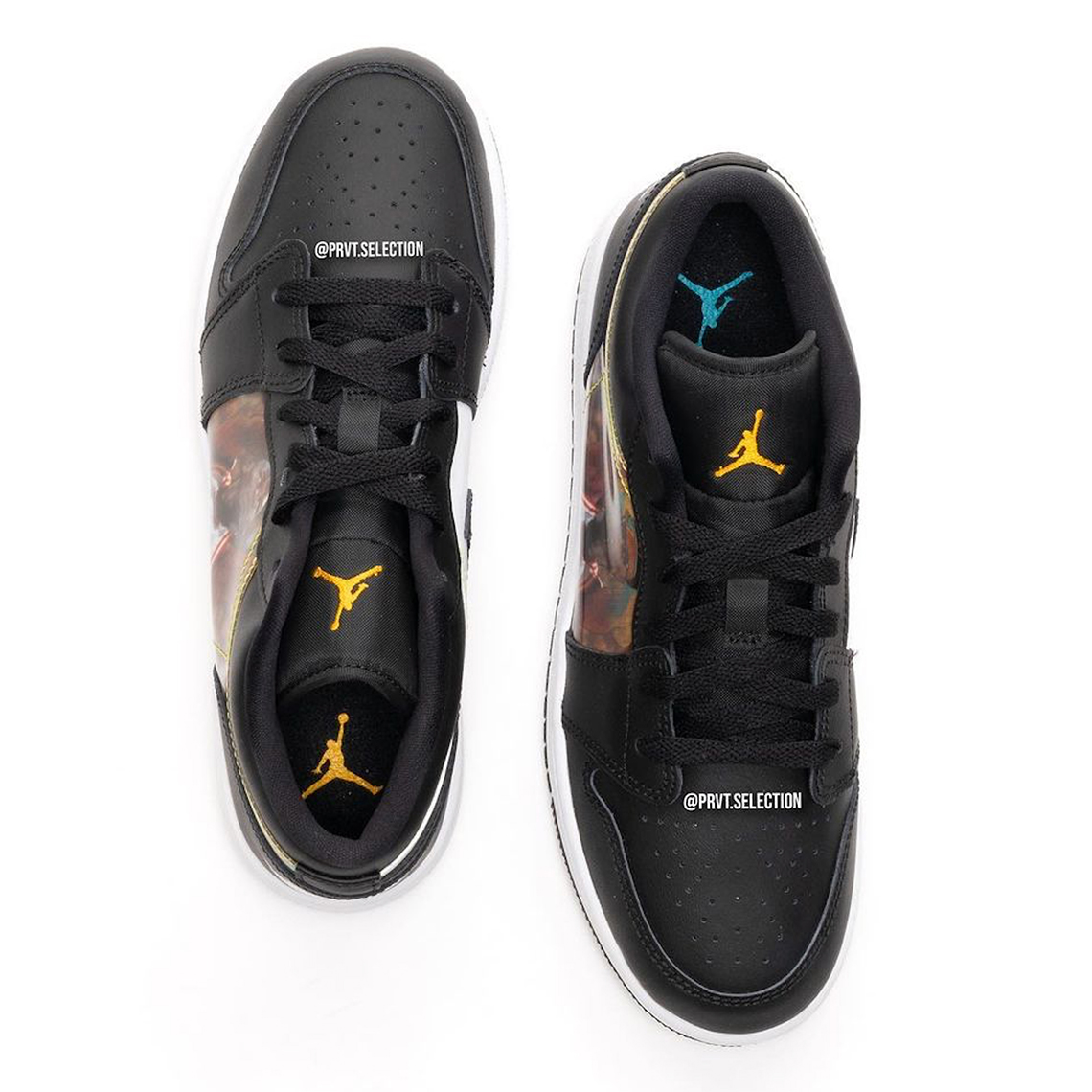