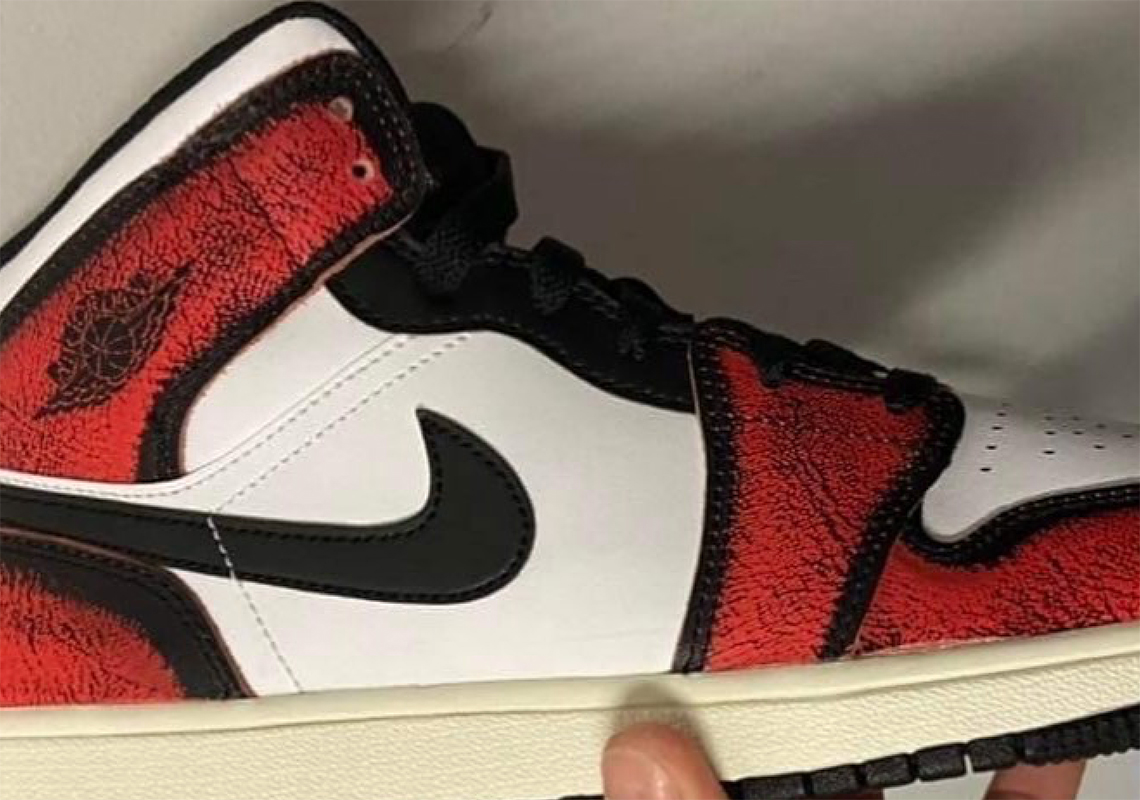 The endless supply of Air Jordan 1 Mid releases has just added a new player to the mix with this all-new style with wear-away uppers. This popular trend of applying eroded paint on a shoe’s upper was first brought to the fold with limited editions and collaborations in the past, but it’s now permeated the general release front as expected.

Seen here is a first glance at what’s to come; this Air Jordan 1 Mid appears to have a simple white and black upper, but select portions of the leather have been scrubbed down to reveal a predictable red base. The midsole comes yellowed to add to an equally predictable aged look, so perhaps the idea behind this release was to reimagine a decades old aesthetic.

We suspect more of this wear-away style is coming to the Air Jordan 1 Mid, so sit tight as we await official images as well as new looks at upcoming colorways. 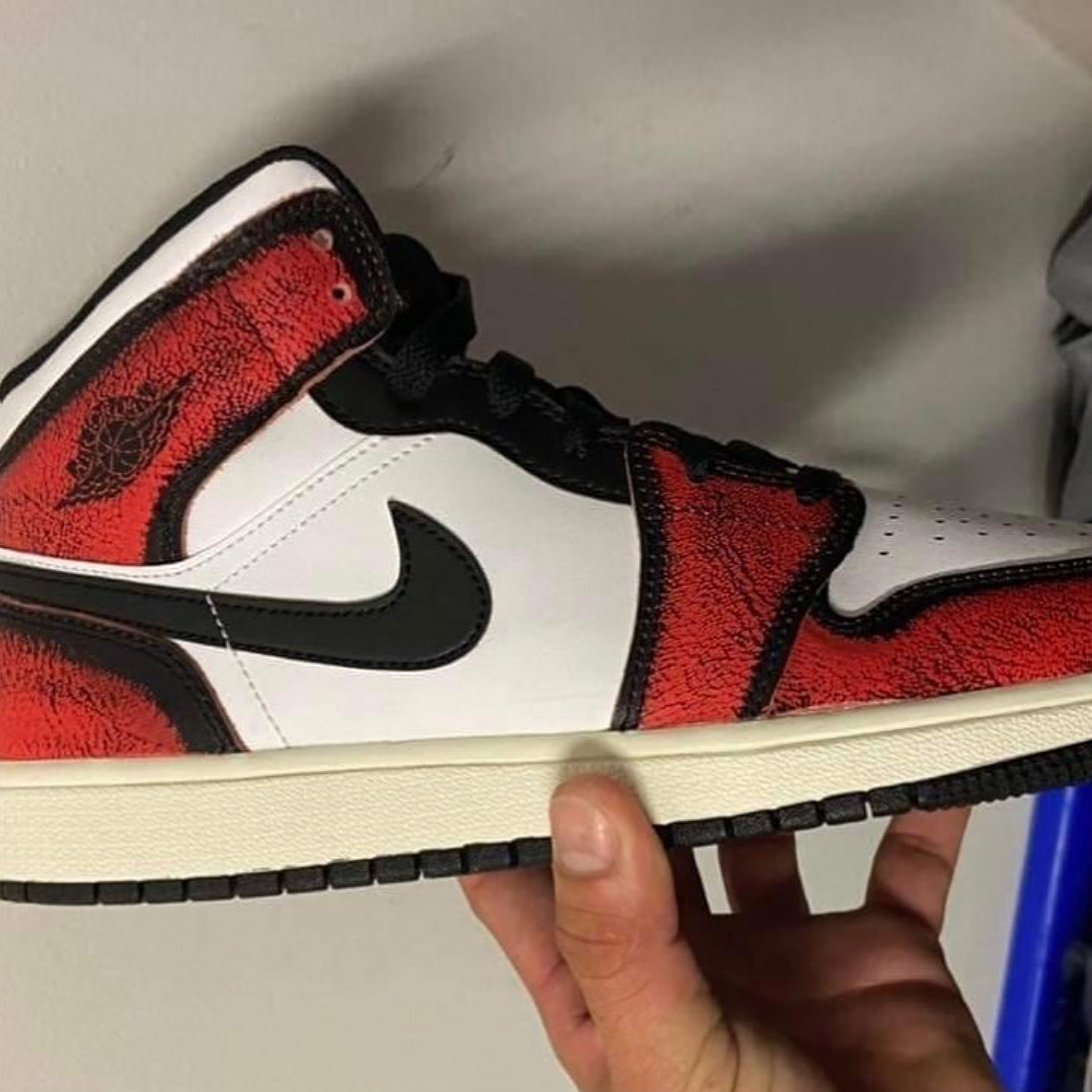