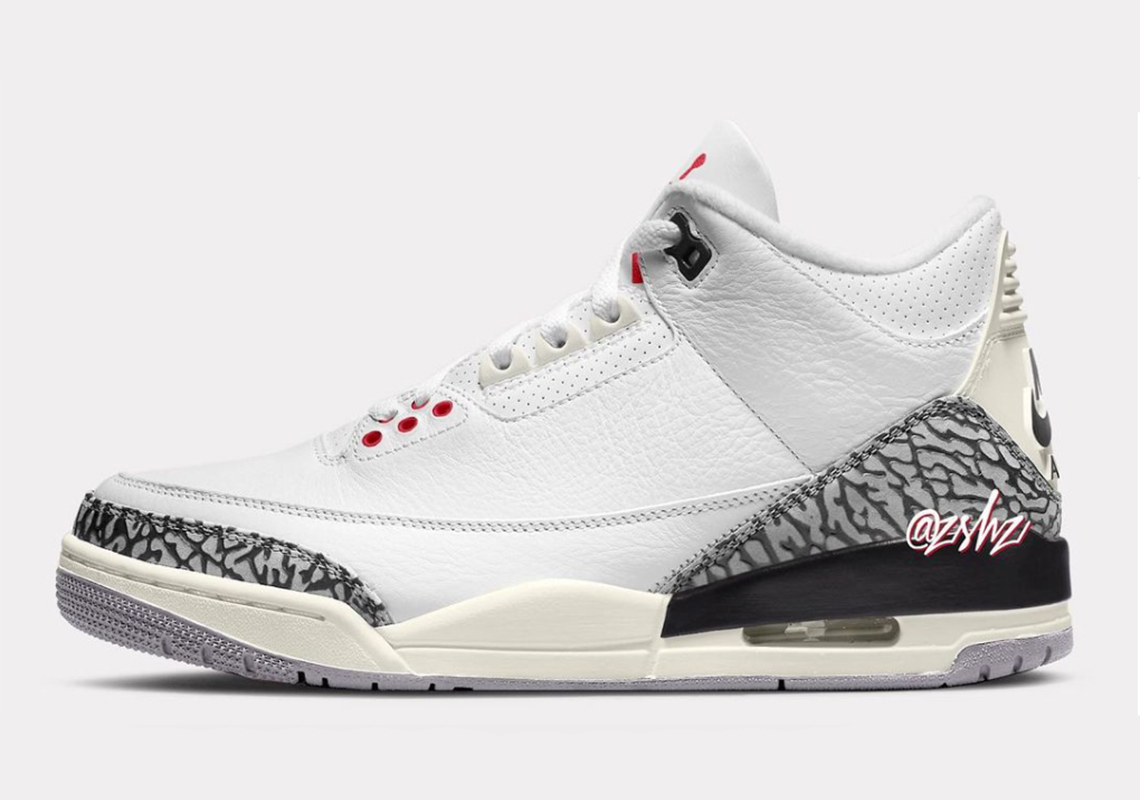 With dozens of Air Jordan releases still left in 2022, handfuls of retros have already been teased and all-but-confirmed for 2023, among them, the Air Jordan 3 Reimagined “White Cement.”

Scheduled to launch as part of Jordan Brand’s Spring 2023 retro collection, the upcoming sneakers follow in the steps of the Air Jordan 1 Reimagined “Chicago” slated to launch in October. Only mock-up images of the Tinker Hatfield-designed silhouette’s impending style have surfaced, but a few things are expected: for starters, the quality across the pair is set to be higher than standard retros, with leather arriving with manufactured “cracking” in order to resemble pairs from 1988. Eyelets, panels at the spine and midsoles, which typically don pristine white makeups are expected to boast a slight yellow tint for an “aged” effect similar to the countless customs that’ve flooded social media feeds over the last two-and-a-half years. “NIKE AIR” text is also anticipated to land at the heel, helping bring the “Fire Red” and “Cement Grey”-donning Jordans closer to their original release.

The brand hasn’t confirmed a Nike SNKRS launch for the Jordan 3 Reimagined, but reliable sources have posited March 11th, 2023 as the “White Cement” pair’s next launch. In any case, stay tuned for more information.