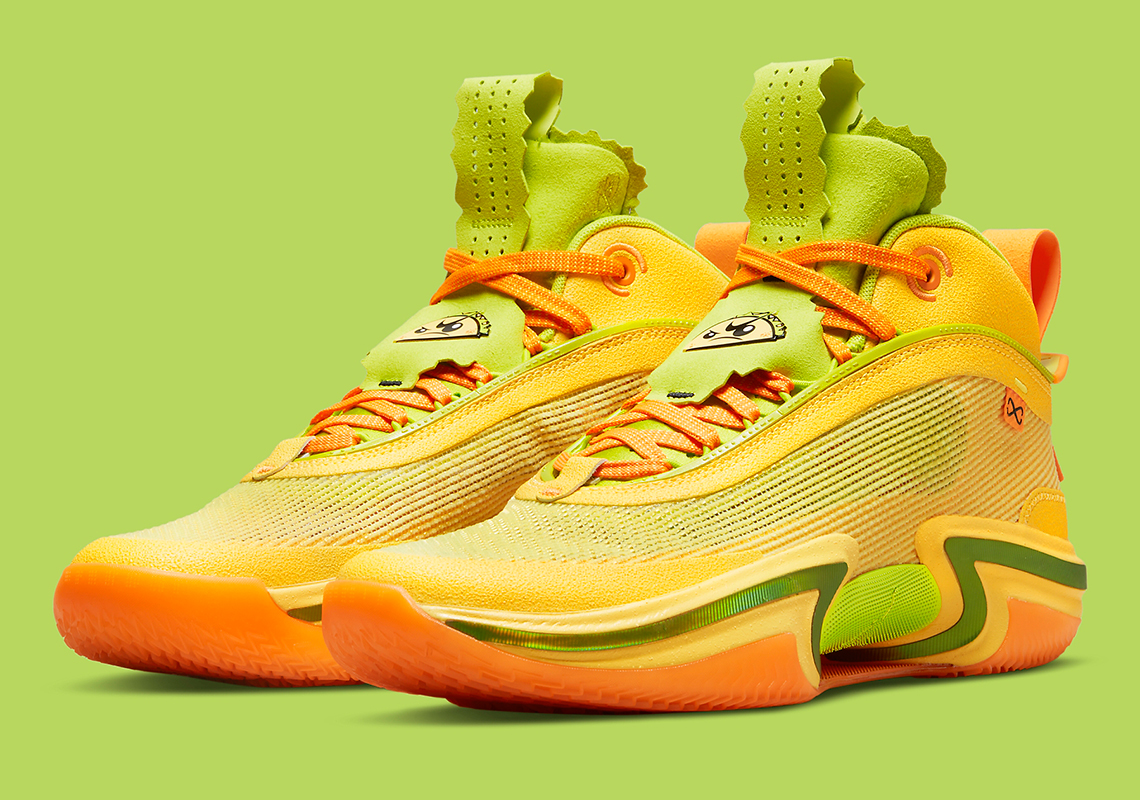 A long-running Player Exclusive for Jayson Tatum is finally releasing as the “Taco Jay” colorway of the Air Jordan 36 is set to release on June 17th. Inspired by his family’s tradition of eating tacos after games, the “Taco Jay” theme features colors that reflect corn tortillas and guacamole based on the Citron Pulse, Atomic Green, and Cone colorway.

Aside from the color treatment on these Jordan 36s, this upcoming release features a serious taco mascot with a Swoosh logo mimicking Tatum’s signature eyebrows. “Taco Jay” is printed on the insoles as well as the heel in a cantina-style font, while the pair is wrapped in a special shoebox with interior paper features a Jumpman and the aforementioned food.

The Air Jordan 36 “Taco Jay” will drop on SNKRS on June 17th, just two days before a potential Game 7 of the NBA Finals.

In other Jordan news, check out the first look at the Air Jordan 37. 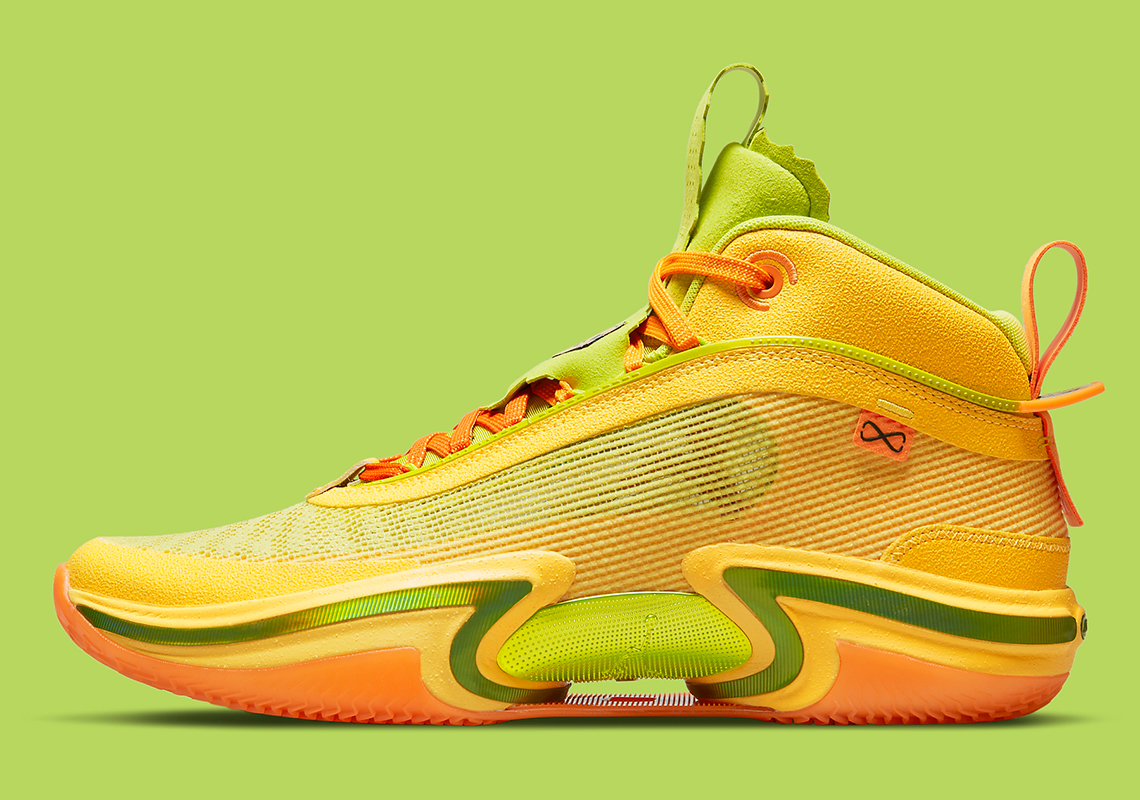 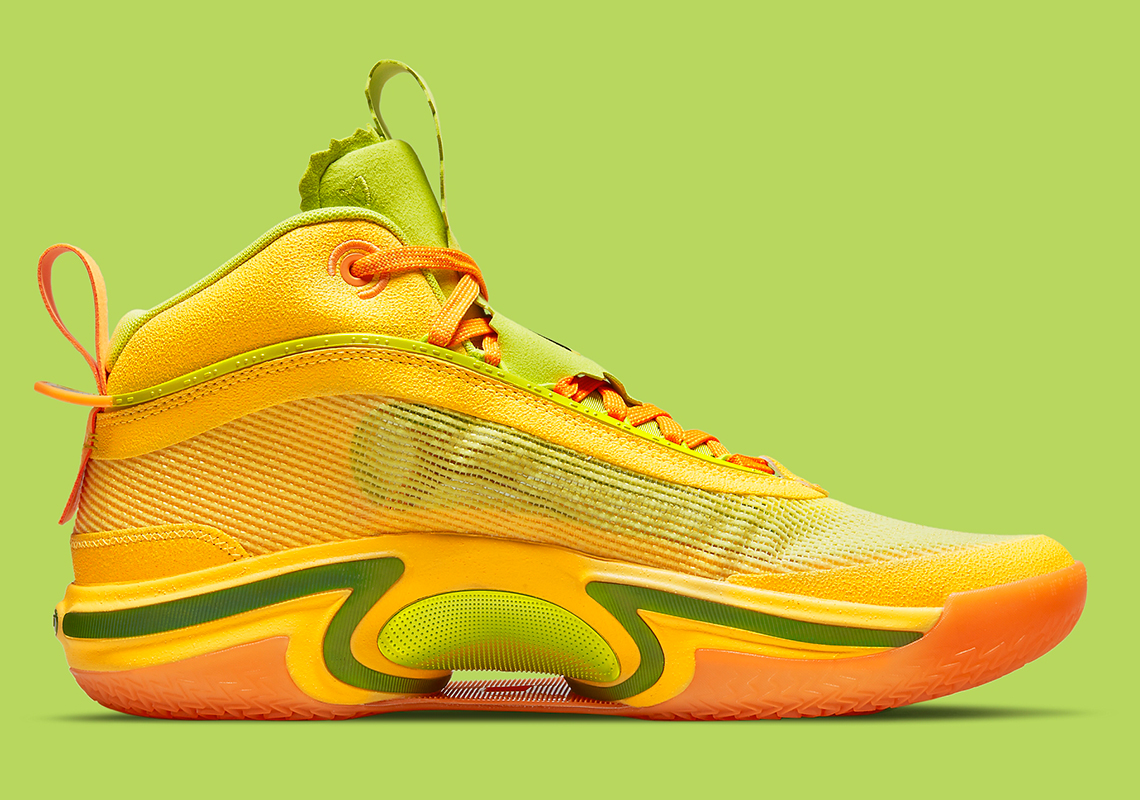 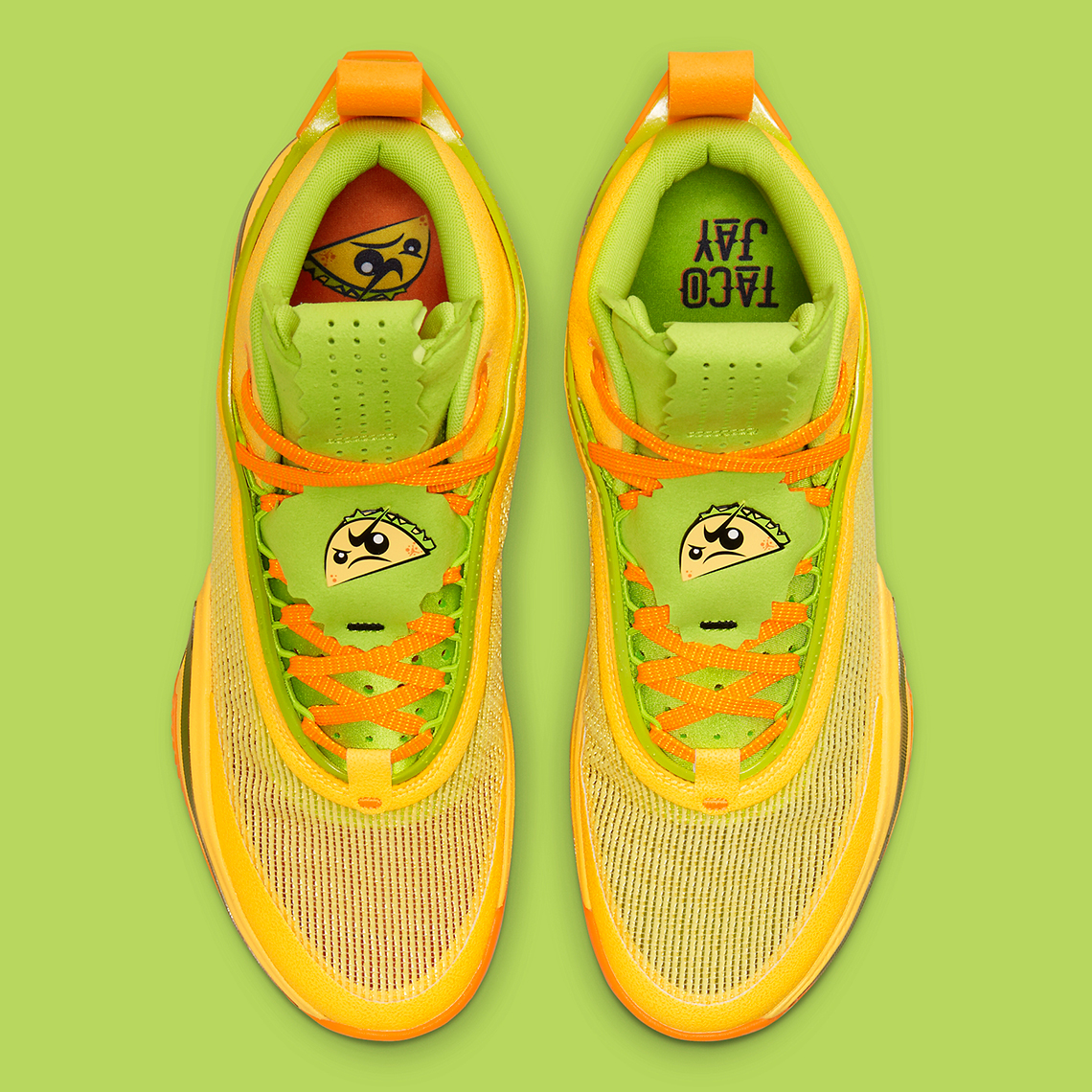 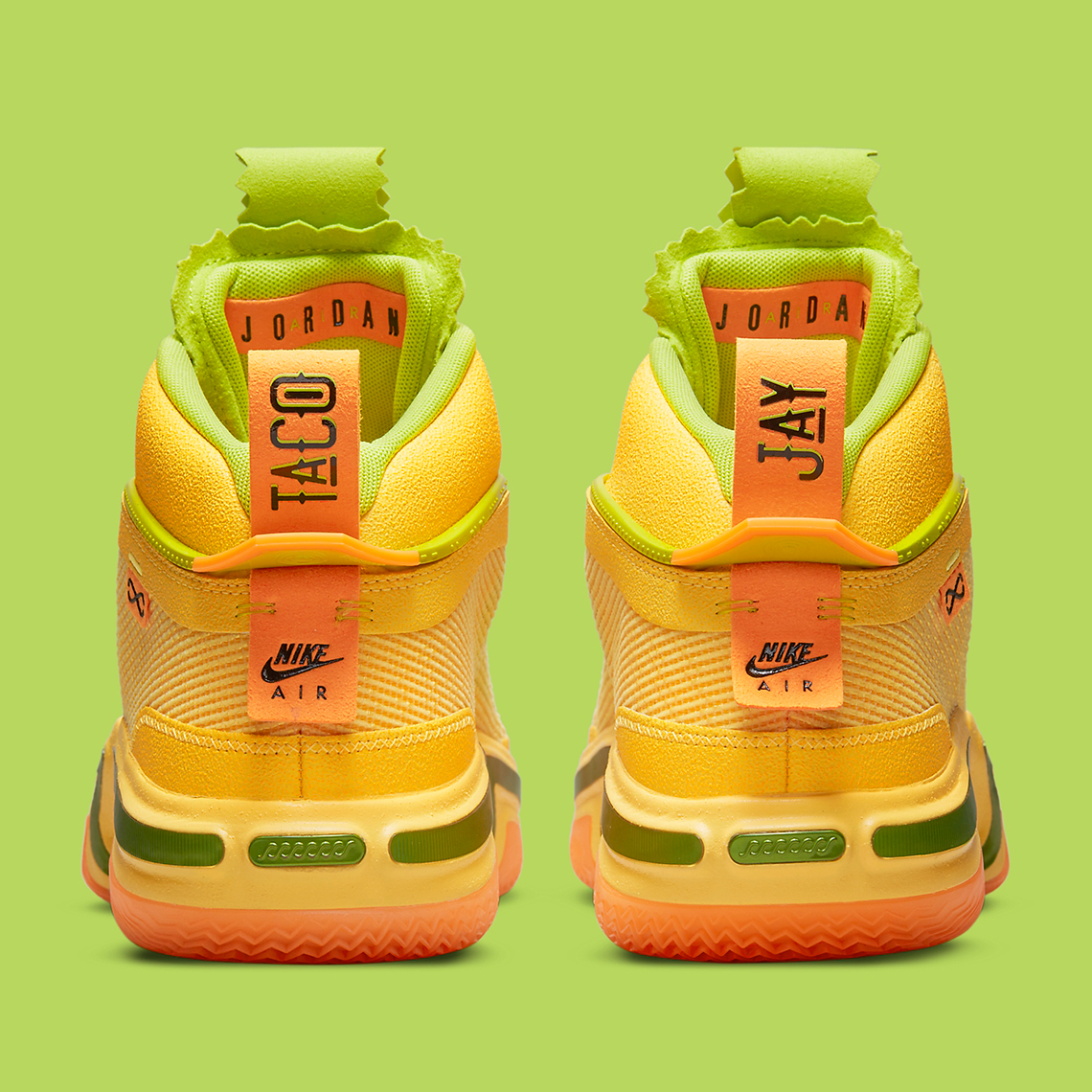 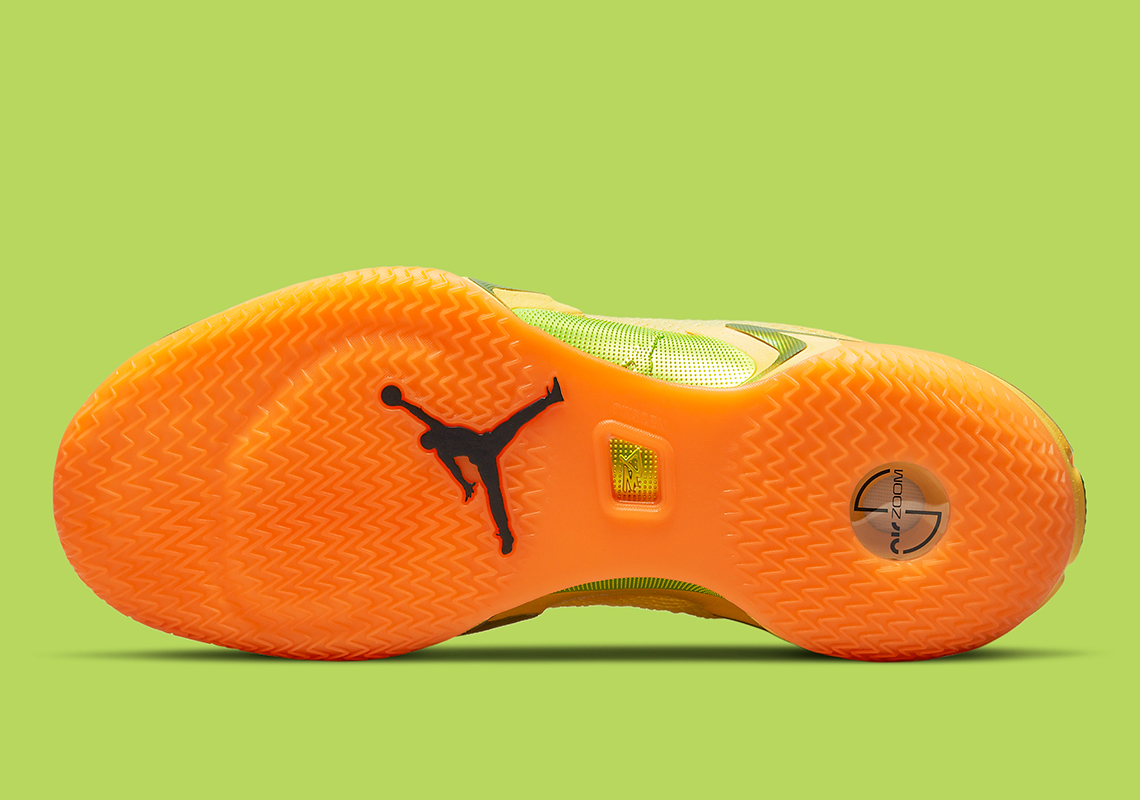 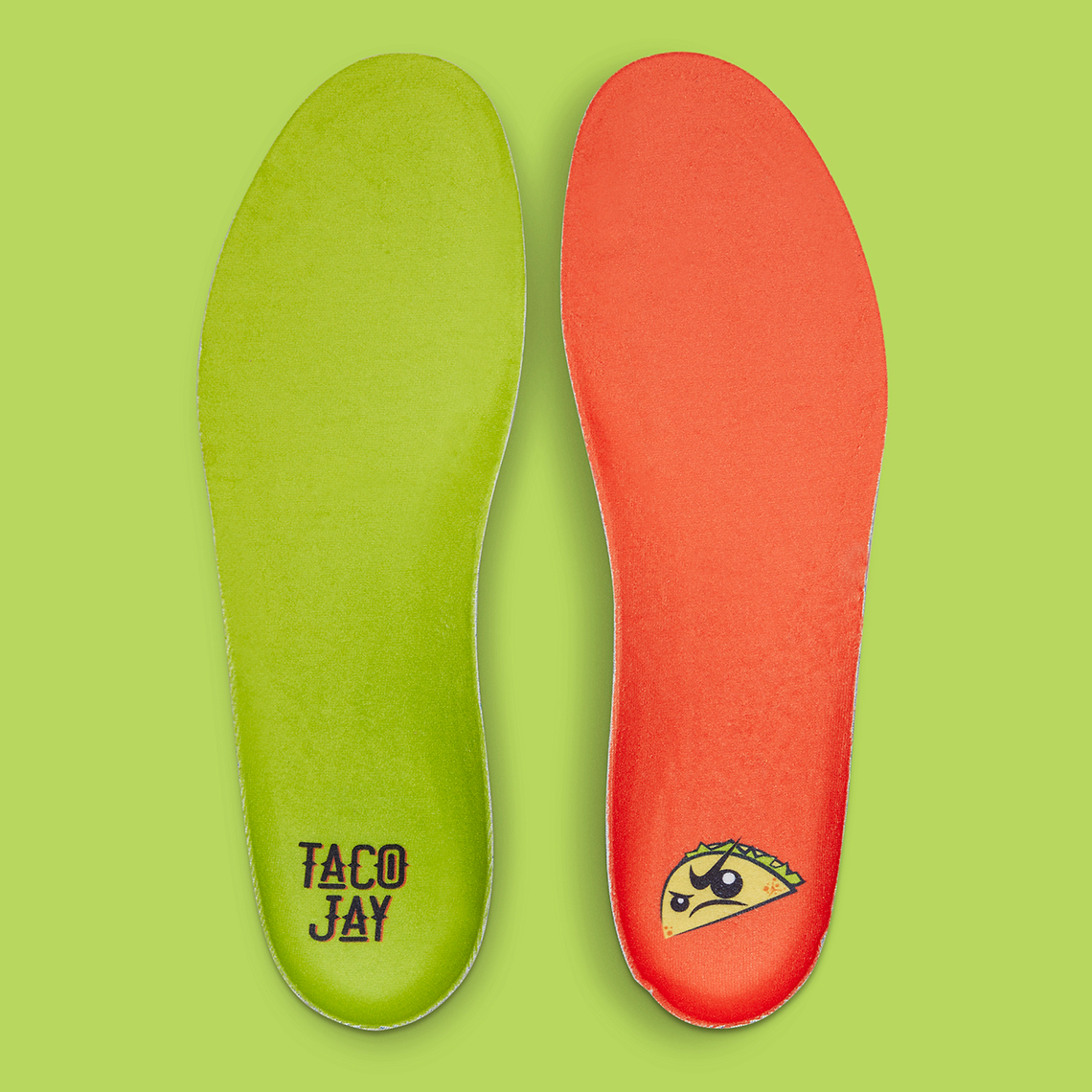 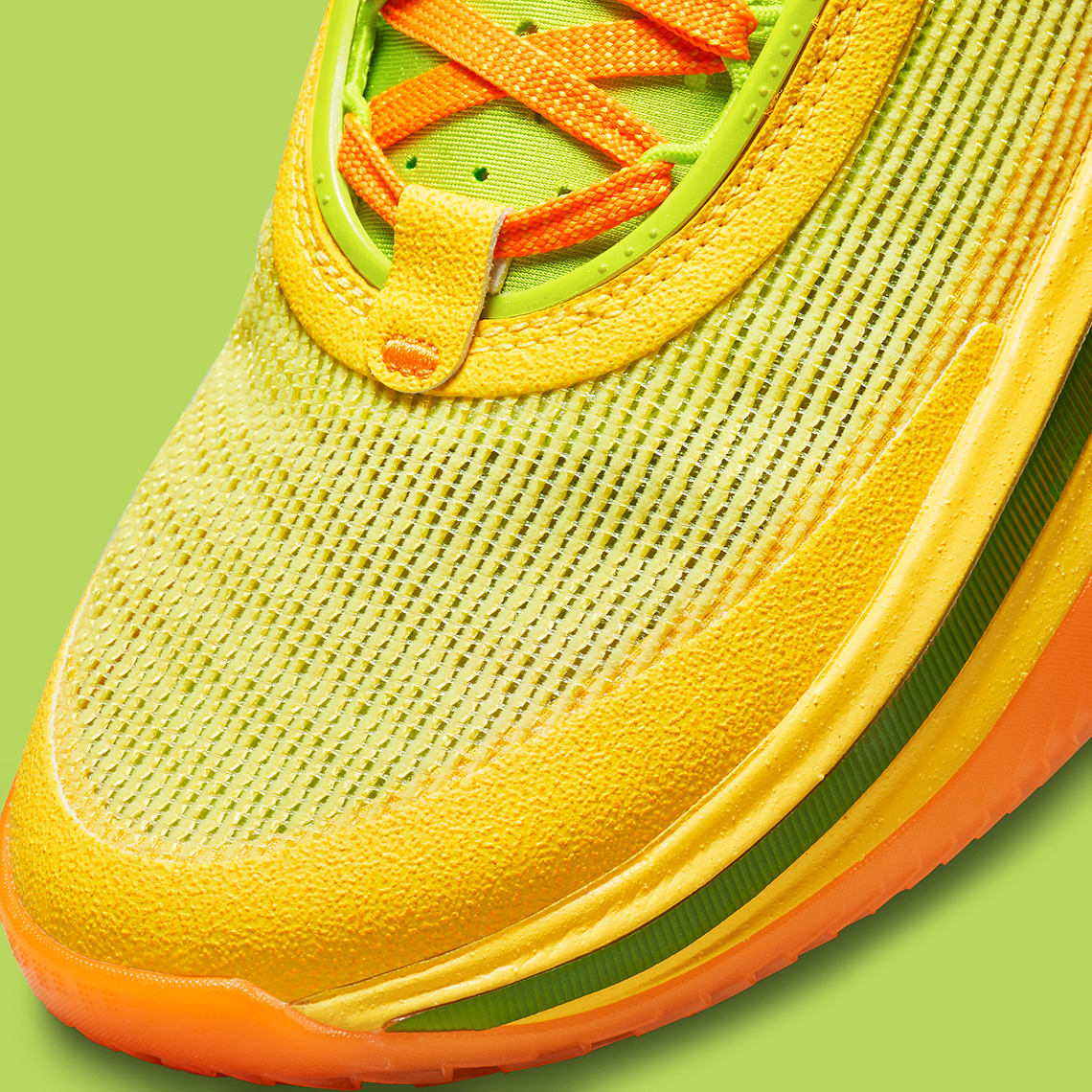 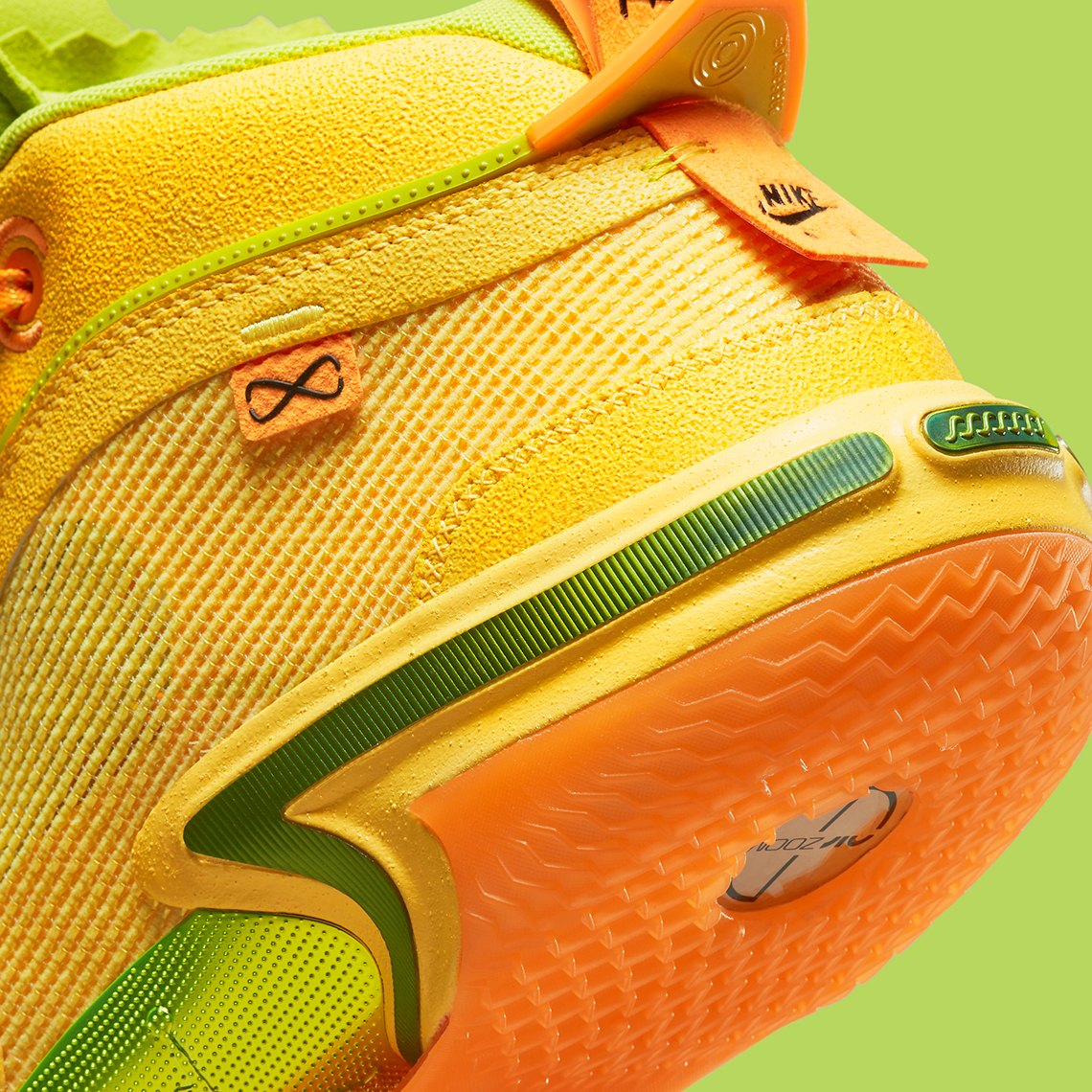 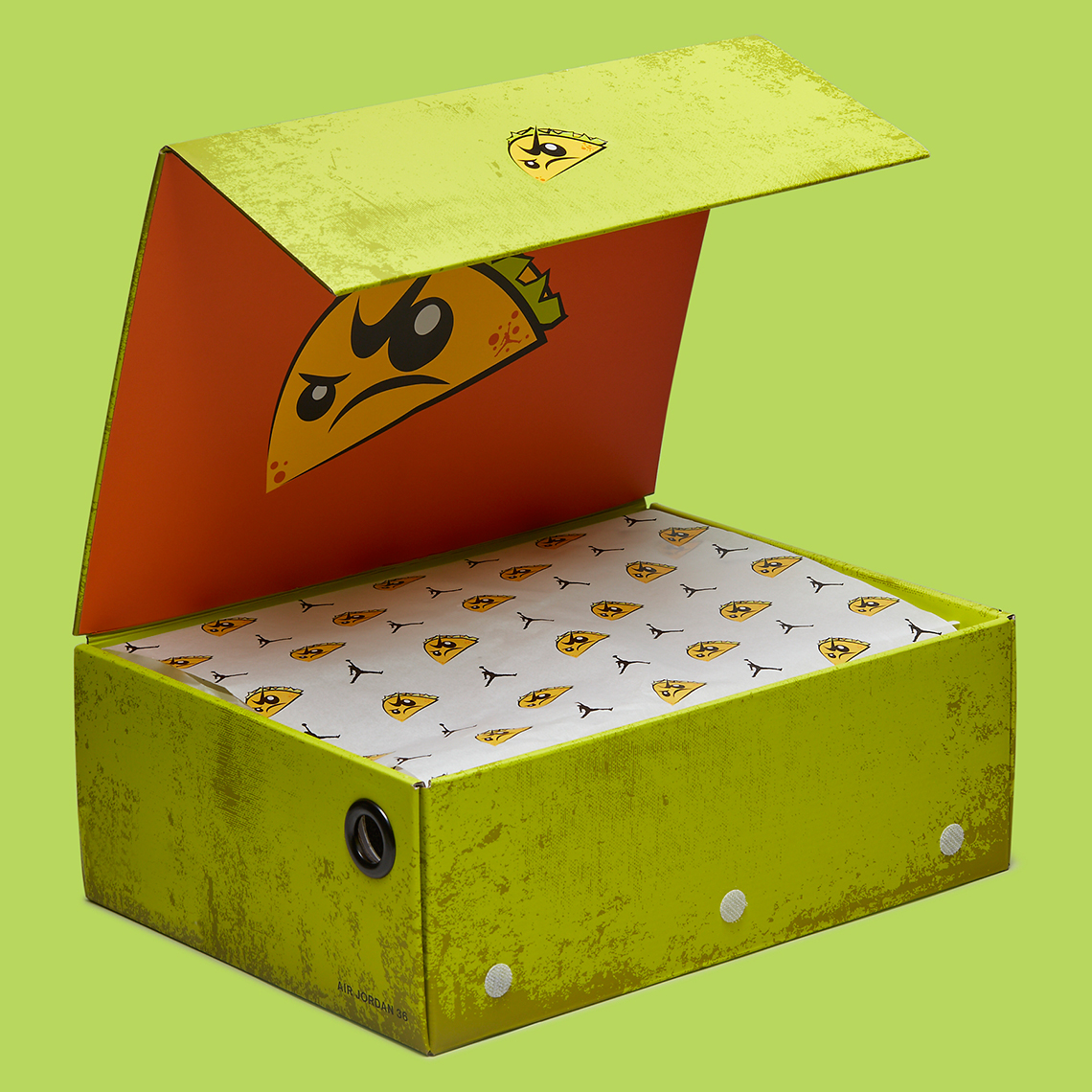 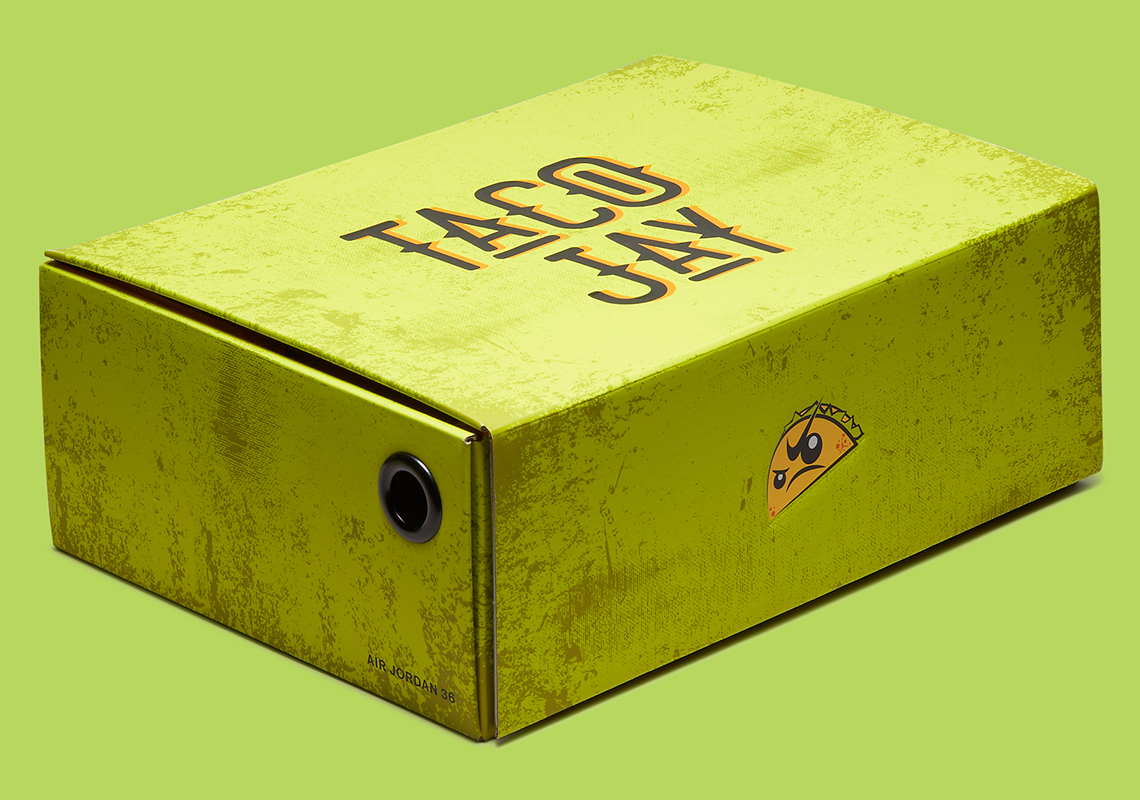