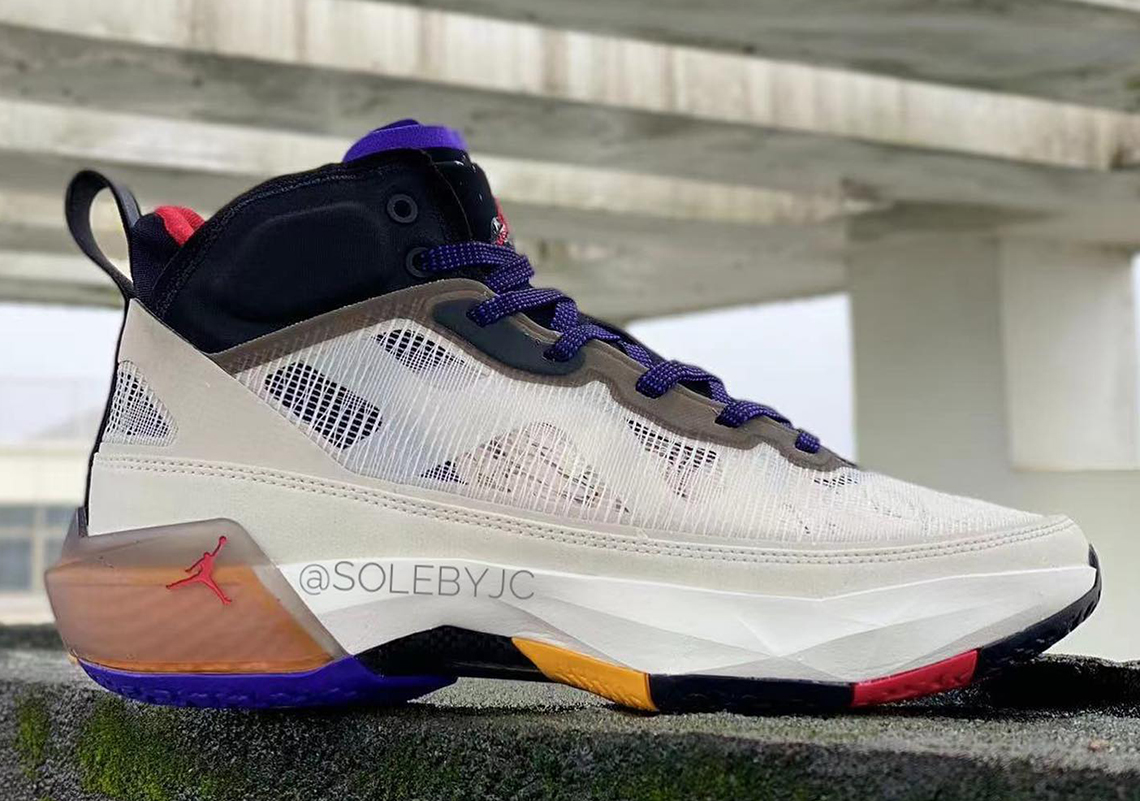 Earlier this month, the Air Jordan 37 was leaked in great detail: we not only received a first look at the shoe but also a layout of its technical specs, from the carbon fiber shank to the double stacked Zoom. And today, just a little over a week thereafter, detailed images of the silhouette’s “Light Bone” colorway have surfaced.

Here, “Light Bone” is applied across much of the upper, including the mudguard, LENO weave, and intertwined exoskeleton. Additional neutrals run through the collar as well as the tongue, backlighting a series of more colorful accents: a red Jumpman logo and matching lining as well as purple laces and trims. Further color is used along the outsole, whose palette and retro-styled blocking draws clear inspiration from the Air Jordan 7.

For a closer look at one of the Air Jordan 37’s debut colorways, see below. According to previous reports, these were expected to release in July; however, many dates have been pushed back, so it’s possible we won’t see these until later in the Fall.

In other news, the Air Jordan 4 Infrared releases tomorrow. 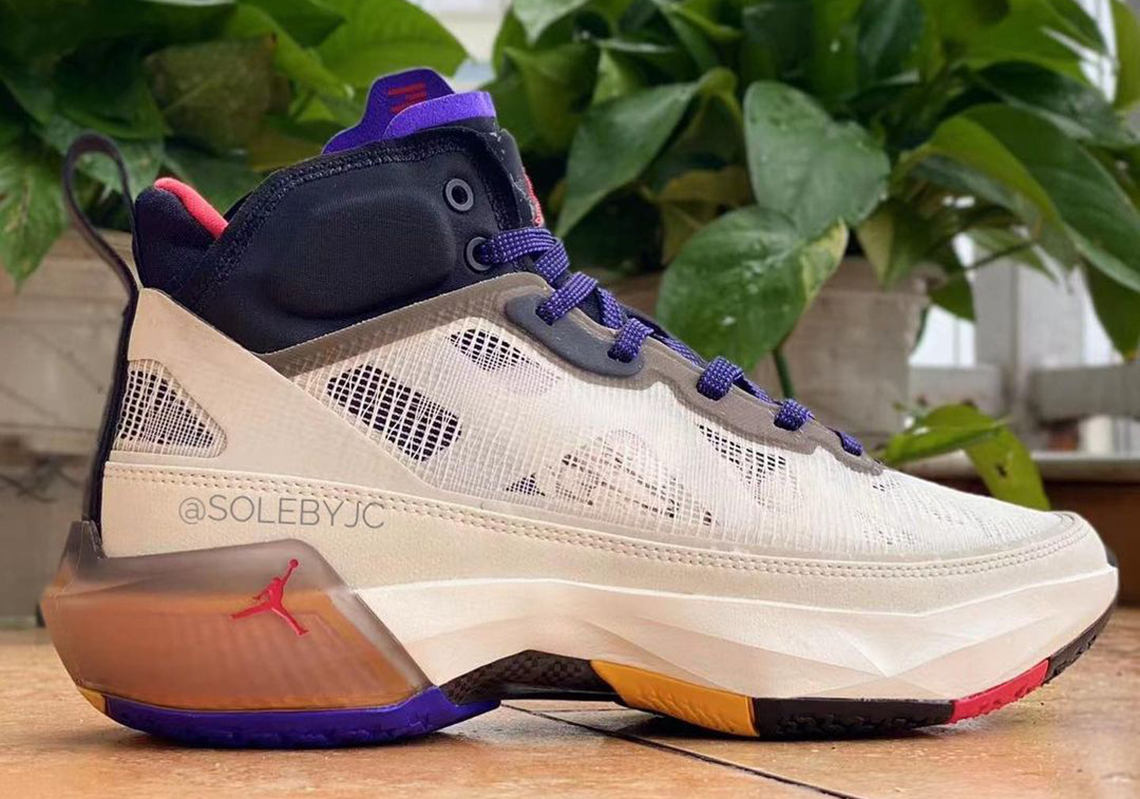 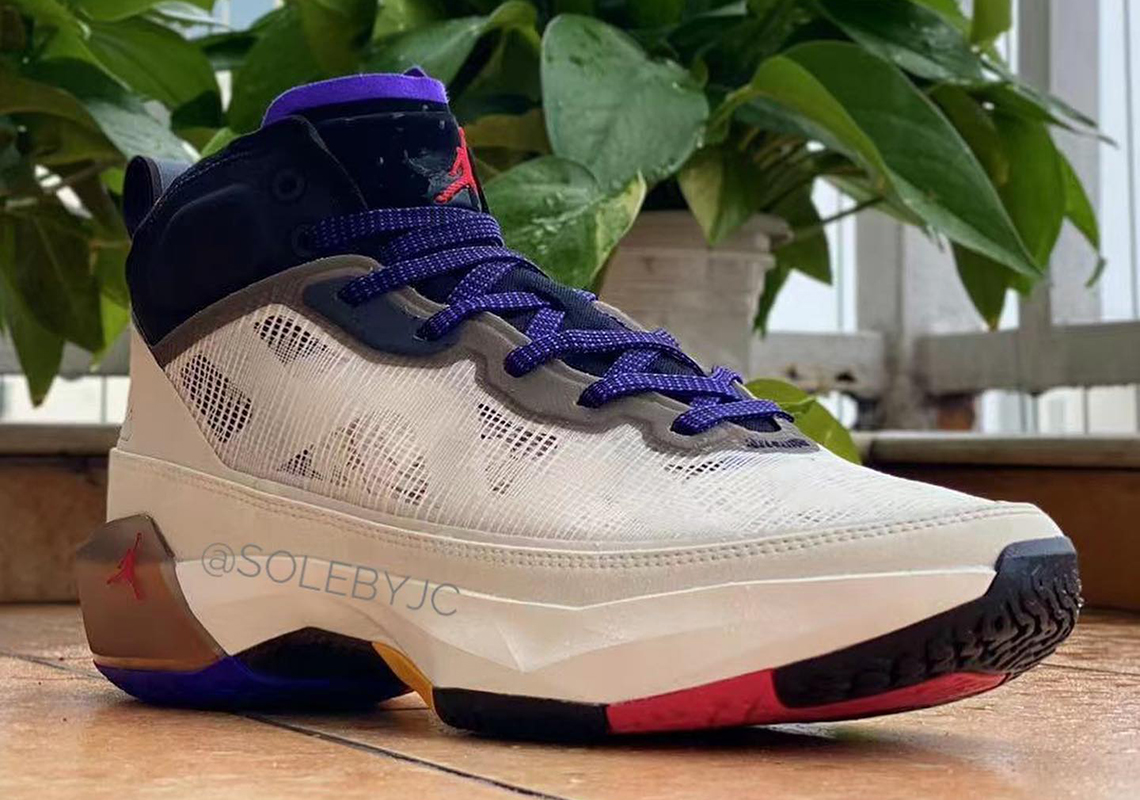 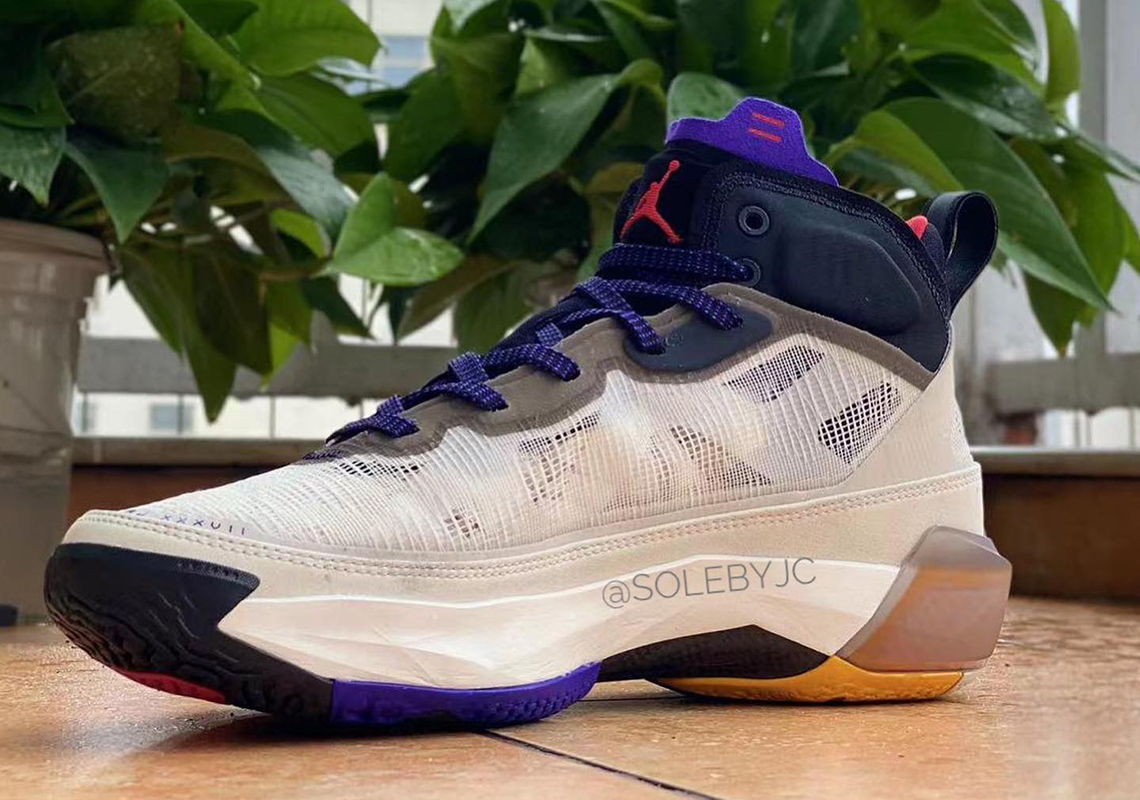 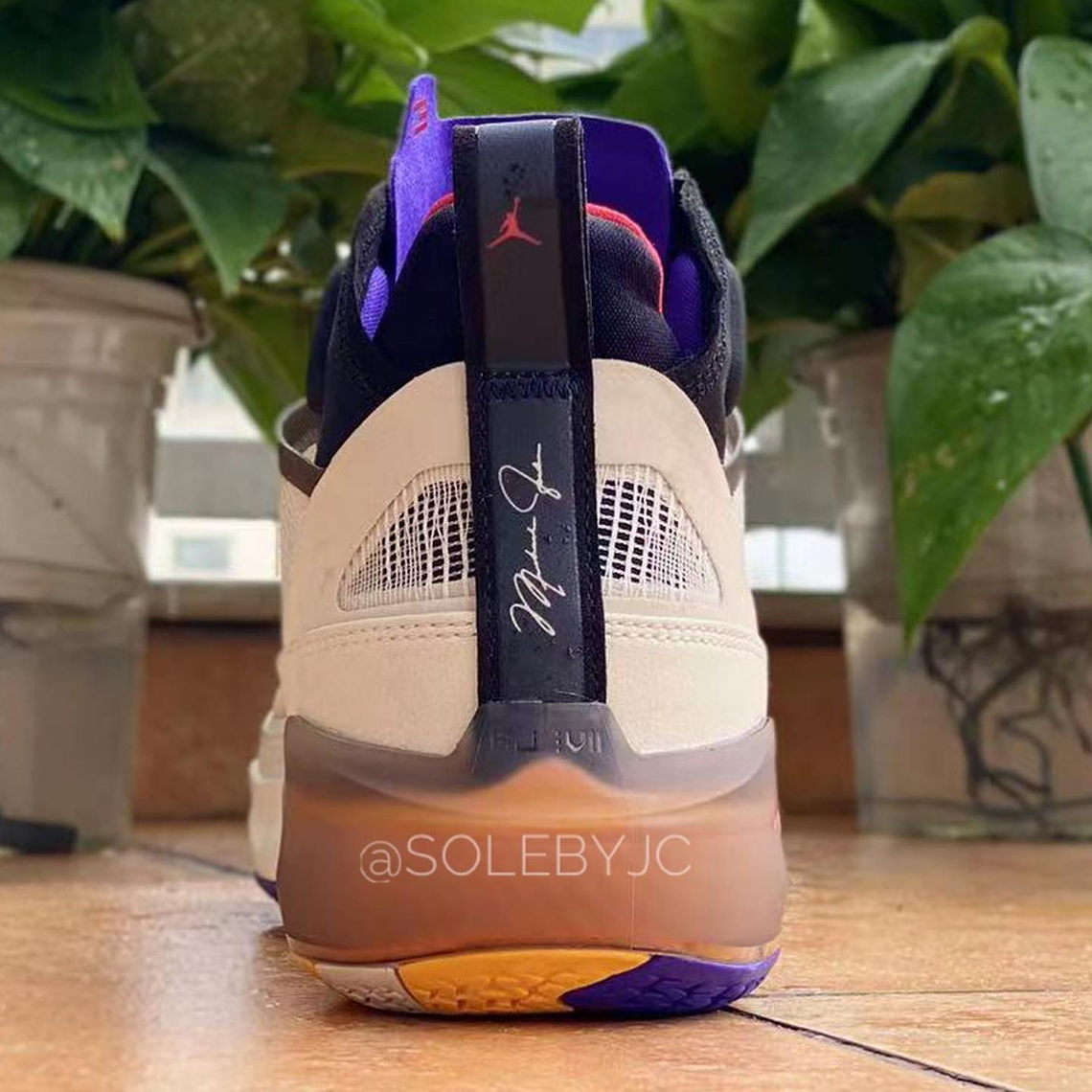 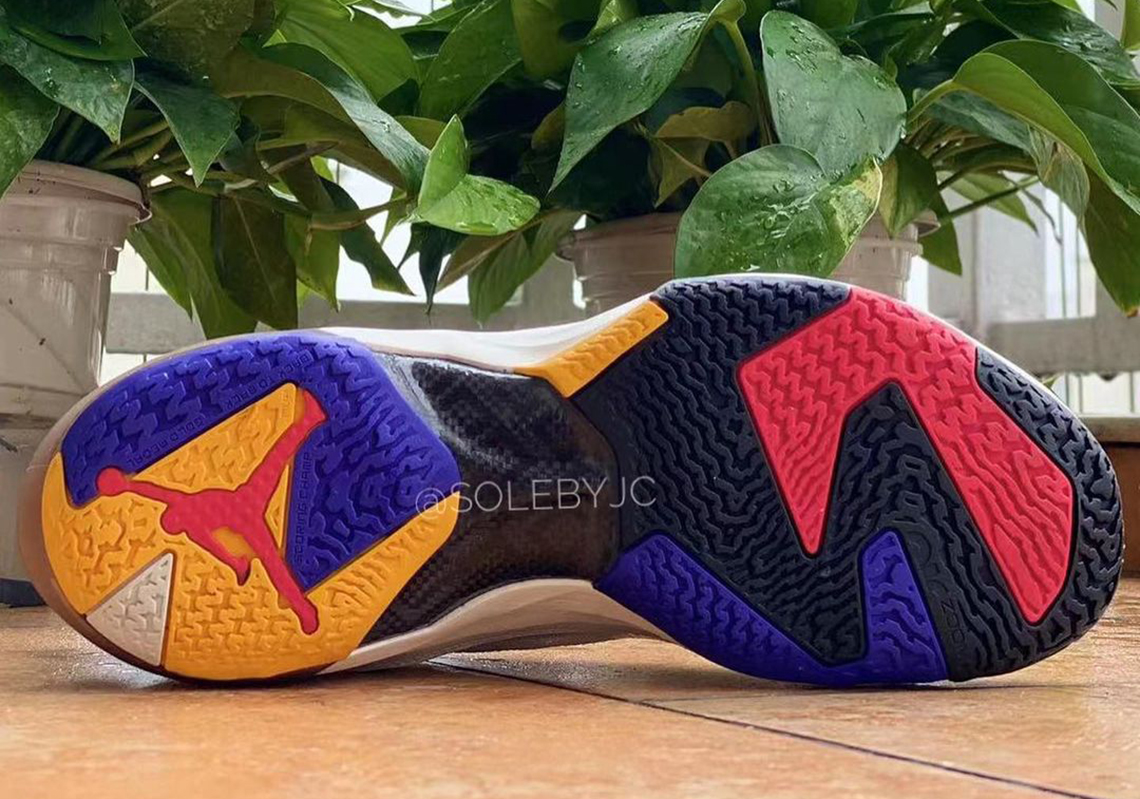