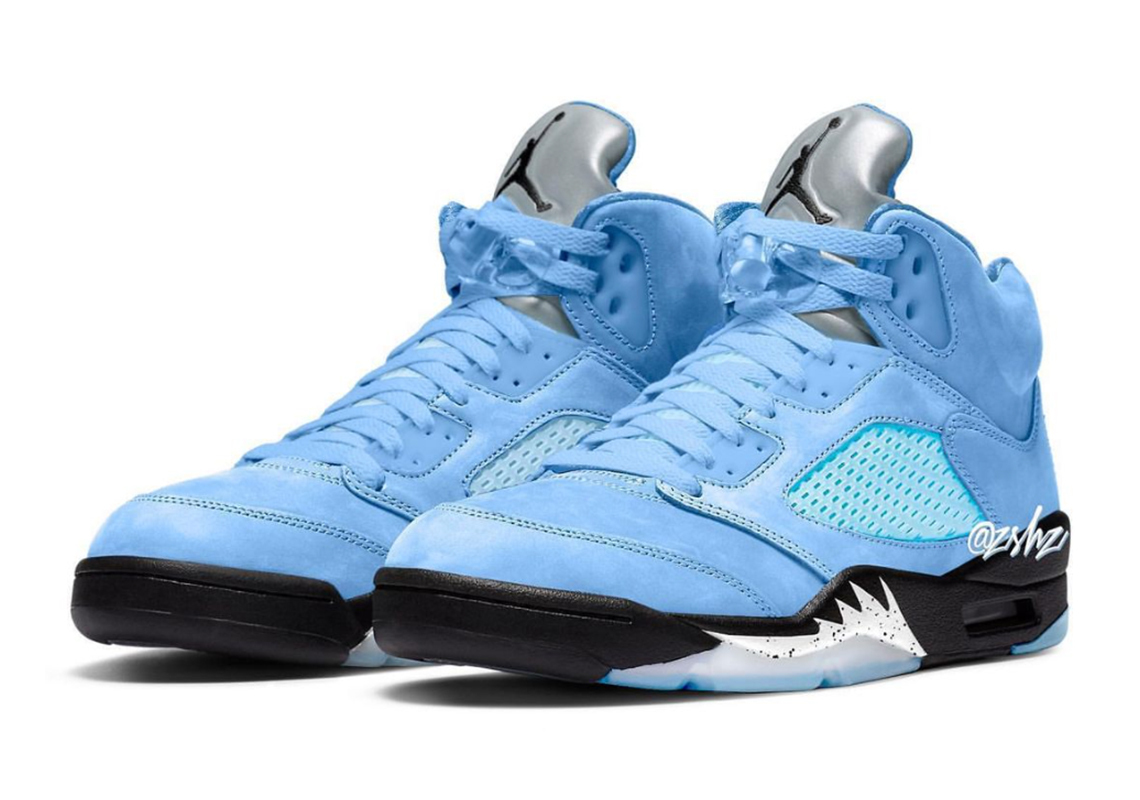 Ever since the release of the Air Jordan 1 “University Blue,” sneaker culture has been trapped in an inescapable chokehold, as the UNC signature subsequently became one of the Nike umbrella’s most desirable pantones. Even after two years, the color still holds quite a bit of influence, and it’ll continue to do so as it appears on this 2023 bound Air Jordan 5.

Revealed amongst a number of leaks late last month, the Air Jordan 5 “University Blue” — according to available mock-ups — sports the cool tone across much of its nubuck upper. The laces, lining, and eye stays closely follow suit, while the netting opts for a more fluorescent shade. Adjacent, the black midsoles are dressed with black-on-white spikes as well as an icy blue bottom and the tongue is cast in a silver metallic finish.

This newest UNC offering is rumored to release on March 4th, 2023 at a retail of $225 USD. Expect a full family size run and special packaging.

In other news, the Air Jordan 3 Reimagined releases on March 11th.