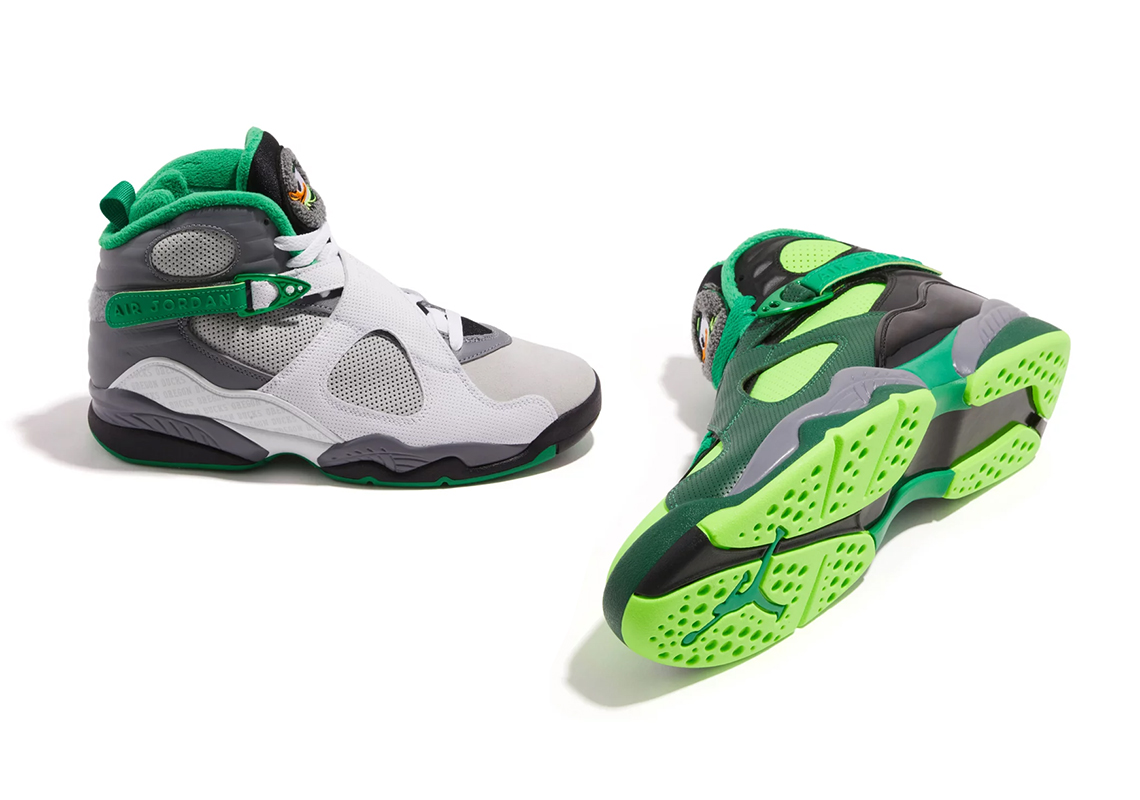 In addition to outfitting some of its sponsored professional athletes with Player-Exclusive footwear, Jordan Brand (and NIKE, Inc. at large) has historically equipped the sports programs at the University of Oregon with special pairs from its iconic catalog. The latest?: Two styles of the Air Jordan 8 to be auctioned off via GOAT.

Slightly different from a pair created by Tinker Hatfield in December 2021 for the Ducks’ football squad, the forthcoming pairs are numbered at just 400 each. Akin to the duo’s predecessor, however, proceeds from each sneaker will benefit Division Street, an organization committed to helping student-athletes make the most of their name, image and likeness (NIL). (As an aside, this second Jordan 8 “Oregon” PE effort is being auctioned off on GOAT and not StockX like the first iteration, likely due to recent litigation filed against the after-market platform by the Swoosh.)

On the design tip, Hatfield revisits all of the components he employed back in 1993, but reimagines them through the lens of his alma mater. “Electric Green” and “Gorge Green” hues animate the two styles, with the predominantly “Black” one featuring more school spirit across its premium build. Patent leather makes an appearance on the charitable offerings, with the University of Oregon’s Duck logo replacing traditional Jumpman branding on the chenille tongue label. The athletics programs’ name is etched onto the overlays placed on both sides of the heel, marking a notable difference between December 2021’s proposition. Together, each aforementioned component helps create a truly special Air Jordan. 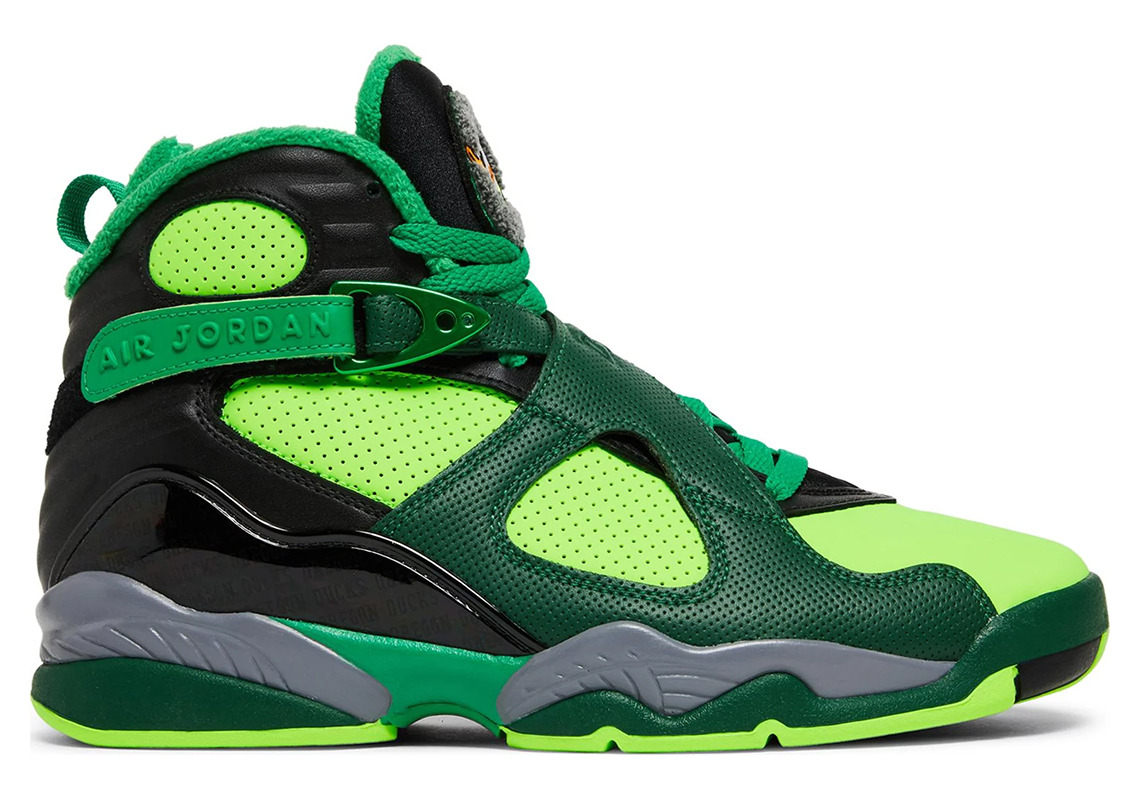 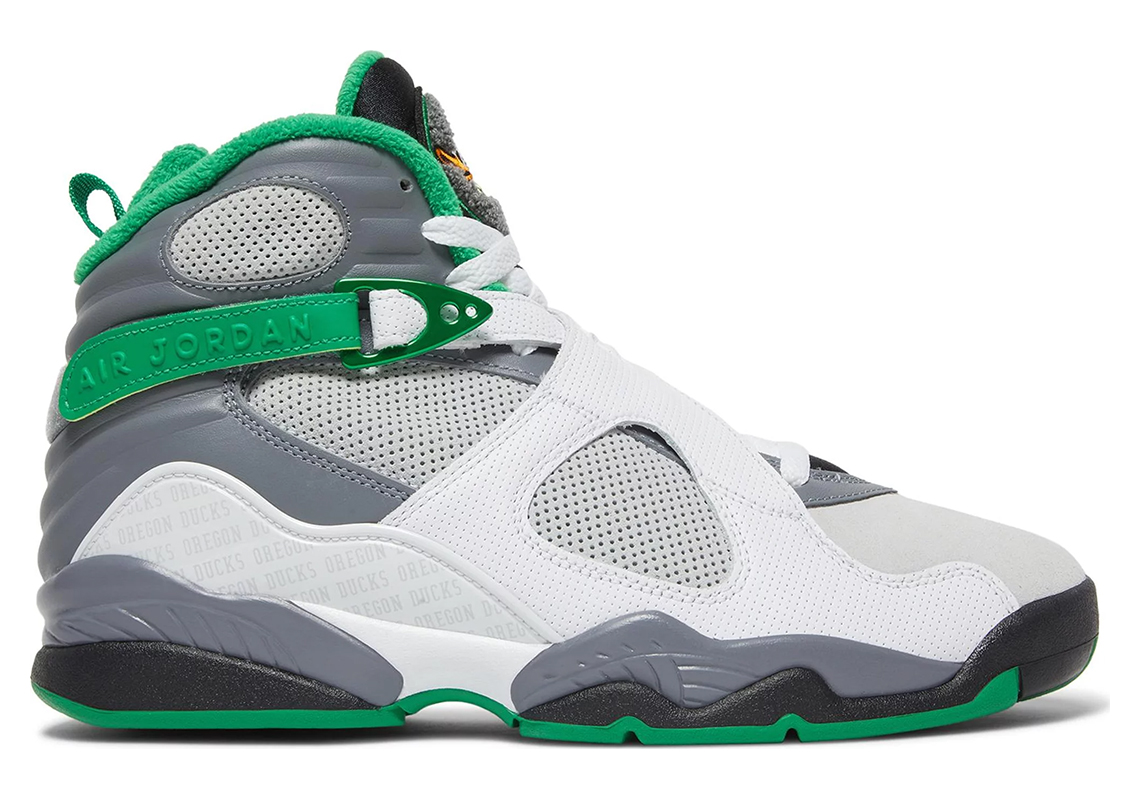 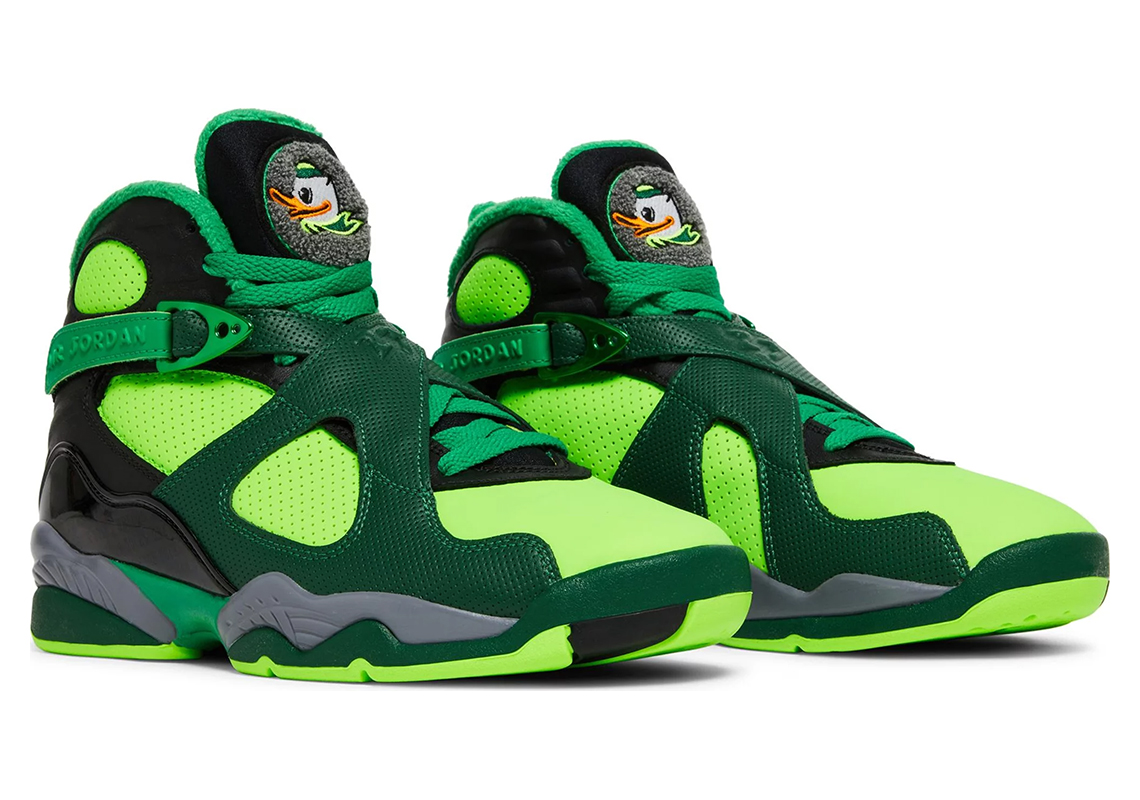 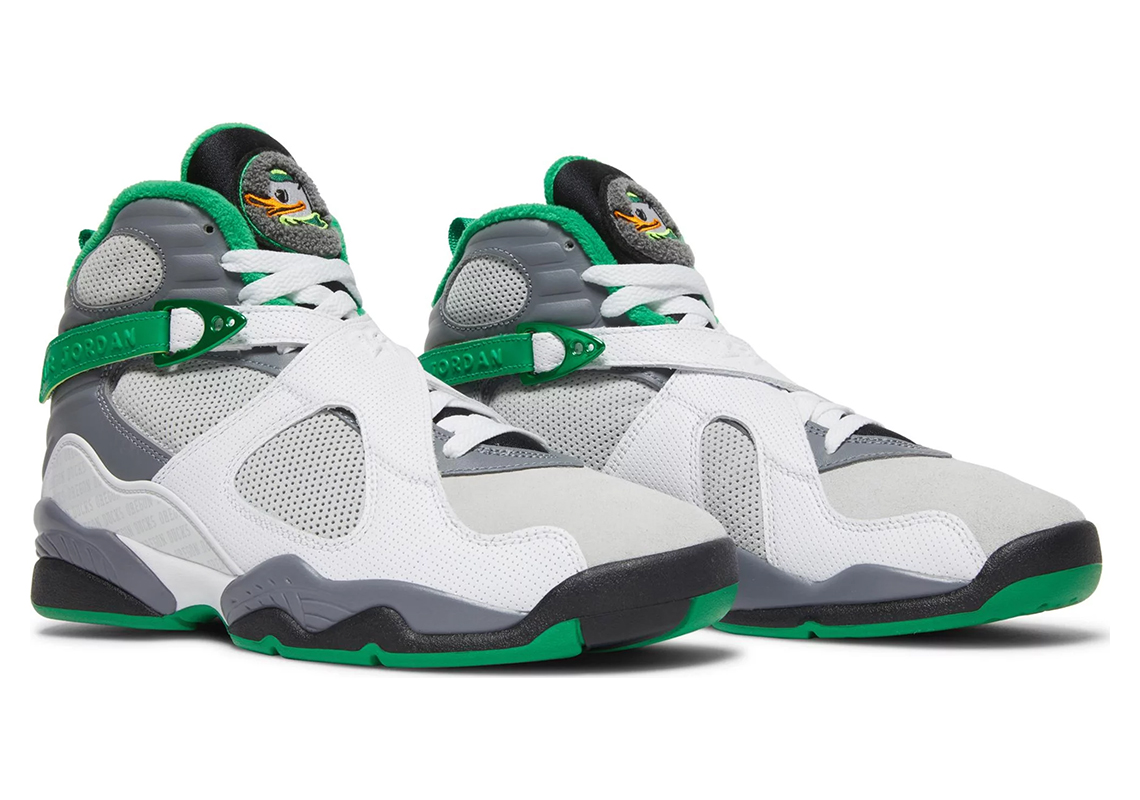 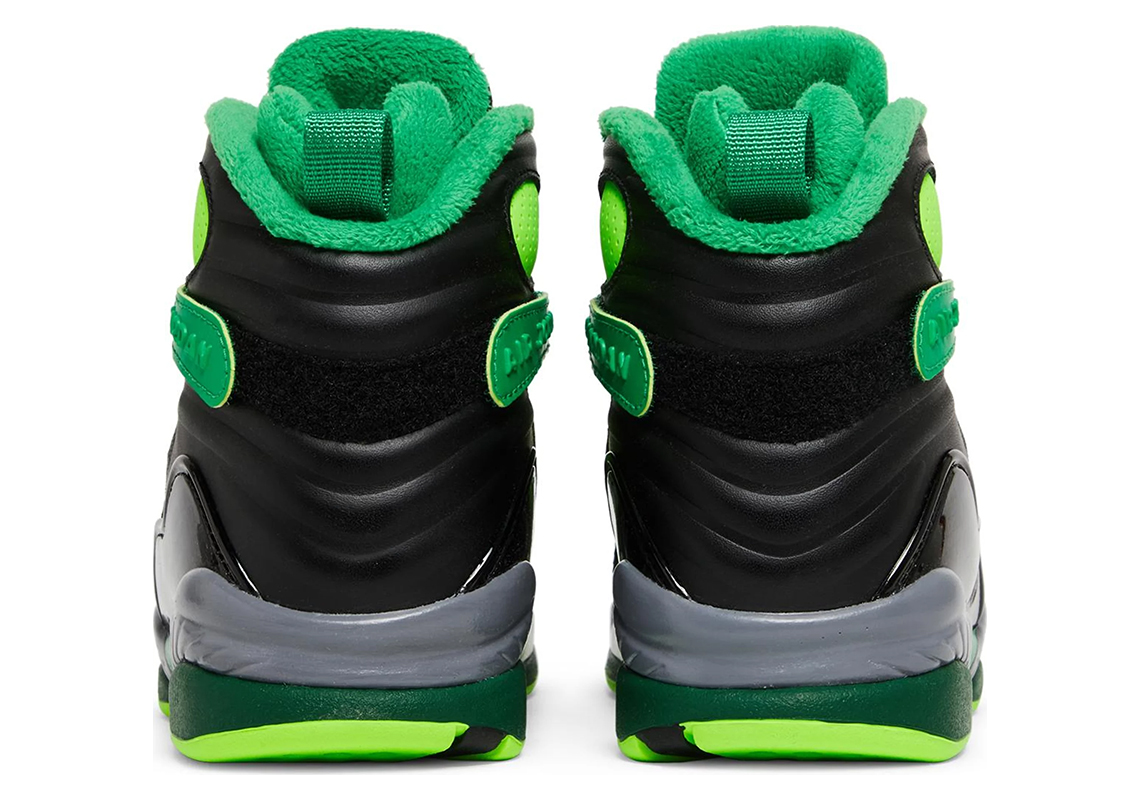 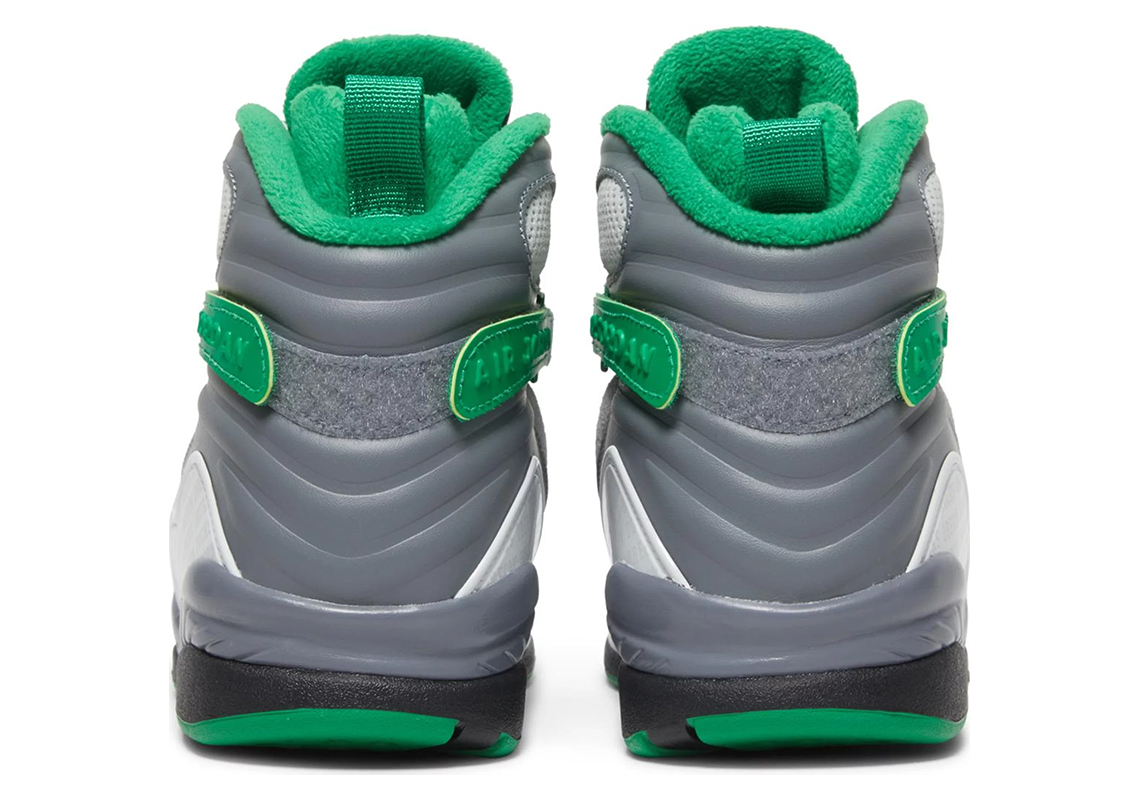 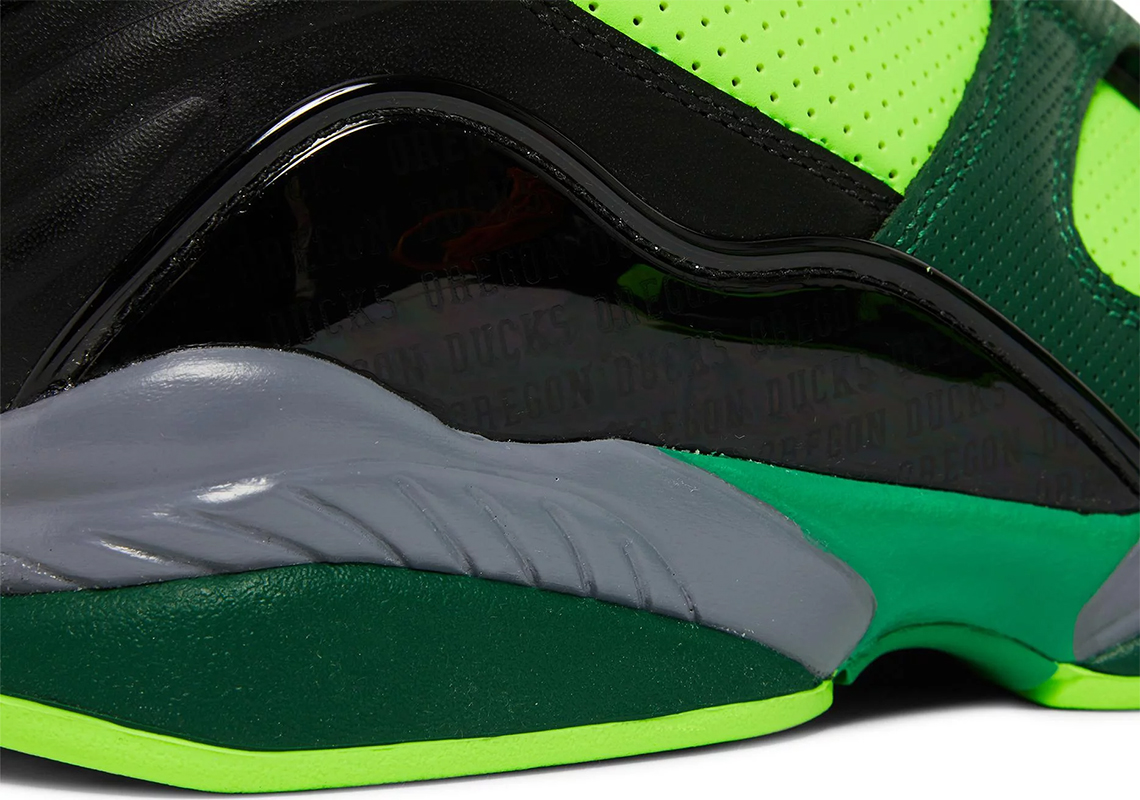 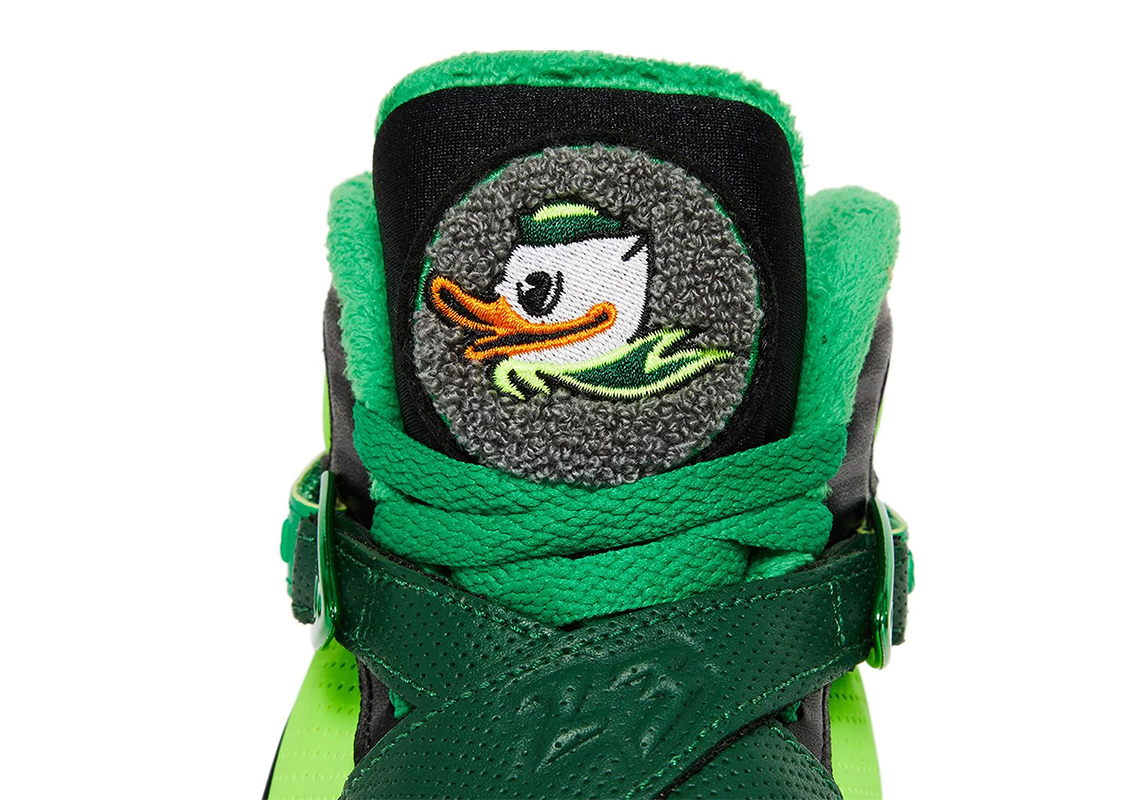 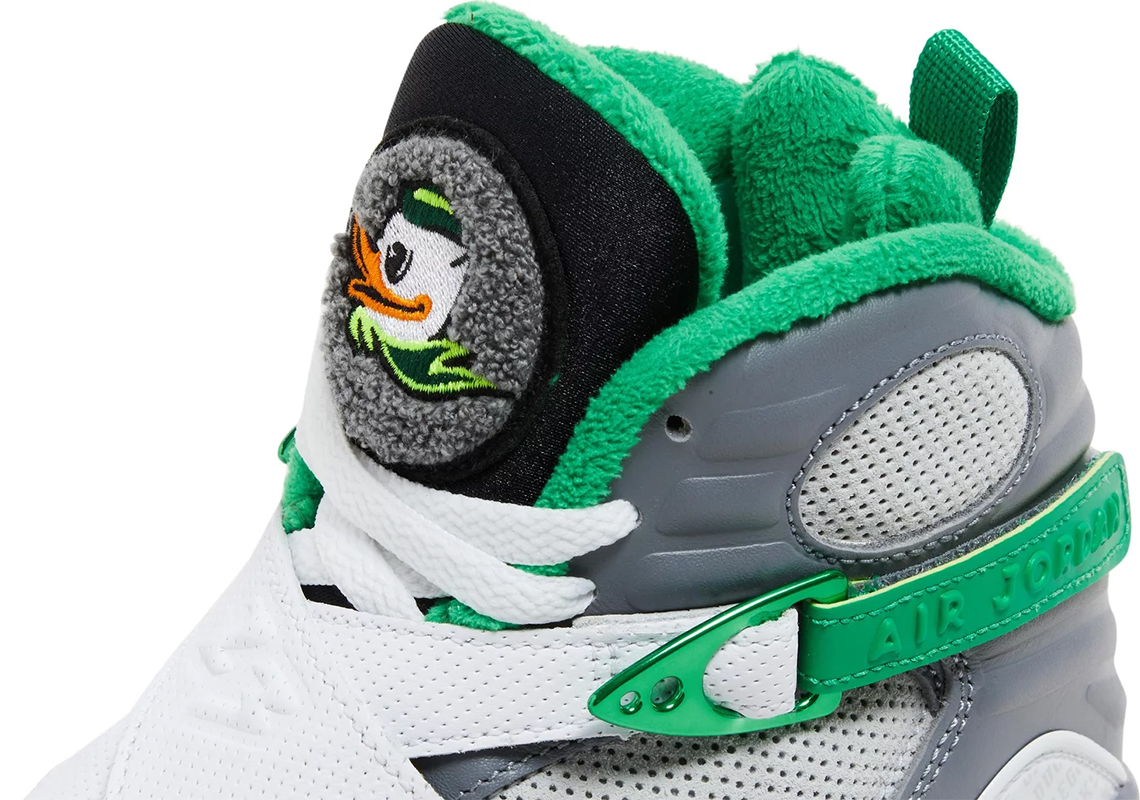