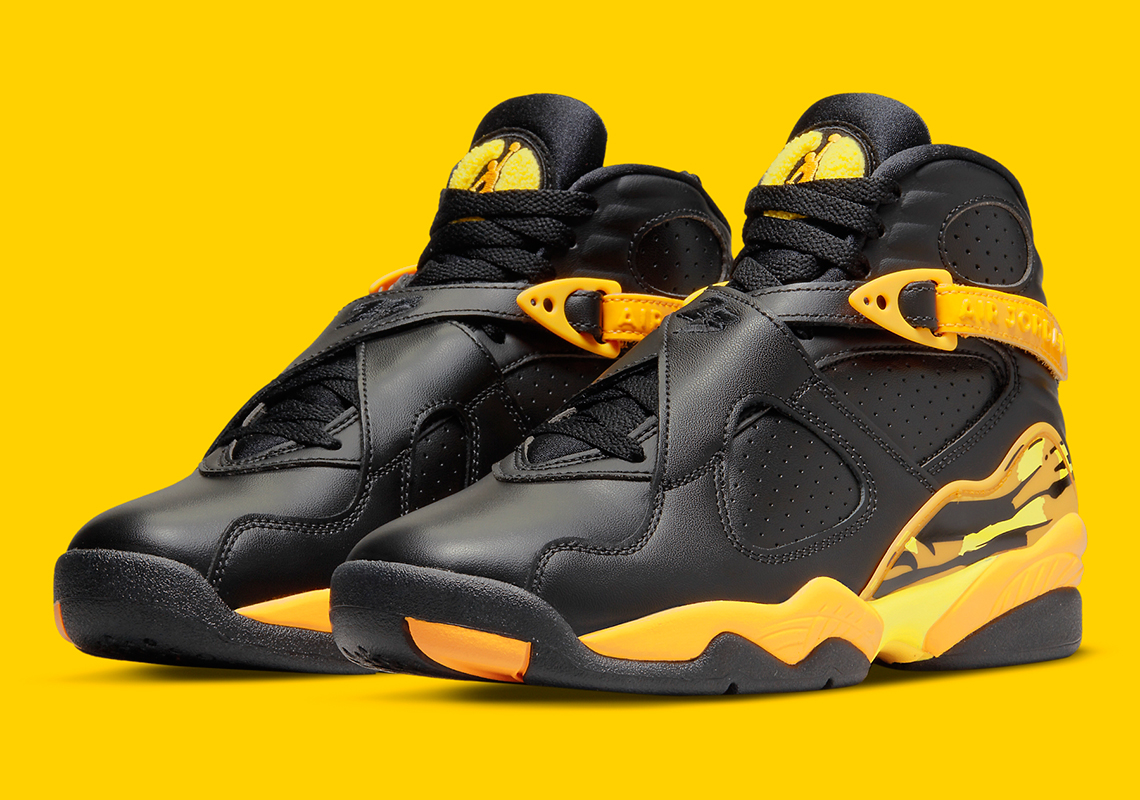 Compared to many of Jordan Brand’s favorites — such as the AJ1 and AJ4 — the Air Jordan 8 rarely receives much attention. But this year, things are looking up for the silhouette, as it recently collaborated with athlete Rui Hachimura and will soon see a brand new, Taxi-themed women’s exclusive.

Following its reveal during a SNKRS Live back in April, official images of the “Taxi” have finally surfaced ahead of its release this month. And while identical in namesake to one of the Air Jordan 12’s most iconic appearances, the pair lacks any noteworthy resemblance to said colorway. By comparison, blacks are used much more heavily, dressing most of the upper and bottom; even the “23” embroidered front and center follows suit, matching the adjacent laces, lining, tongue, and the like. The midsole, the chenille patch, and the portion of the strap branded with “AIR JORDAN,” however, are much more bold, flaunting shades of gold and yellow.

For a closer look at the Air Jordan 8 “Taxi,” see the official images below. No firm release date has been set just yet, but we should be see these on Nike SNKRS and select retailers later this June.

In other news, early images of the Air Jordan 1 Chicago Reimagined have finally surfaced.

Official images have been updated. 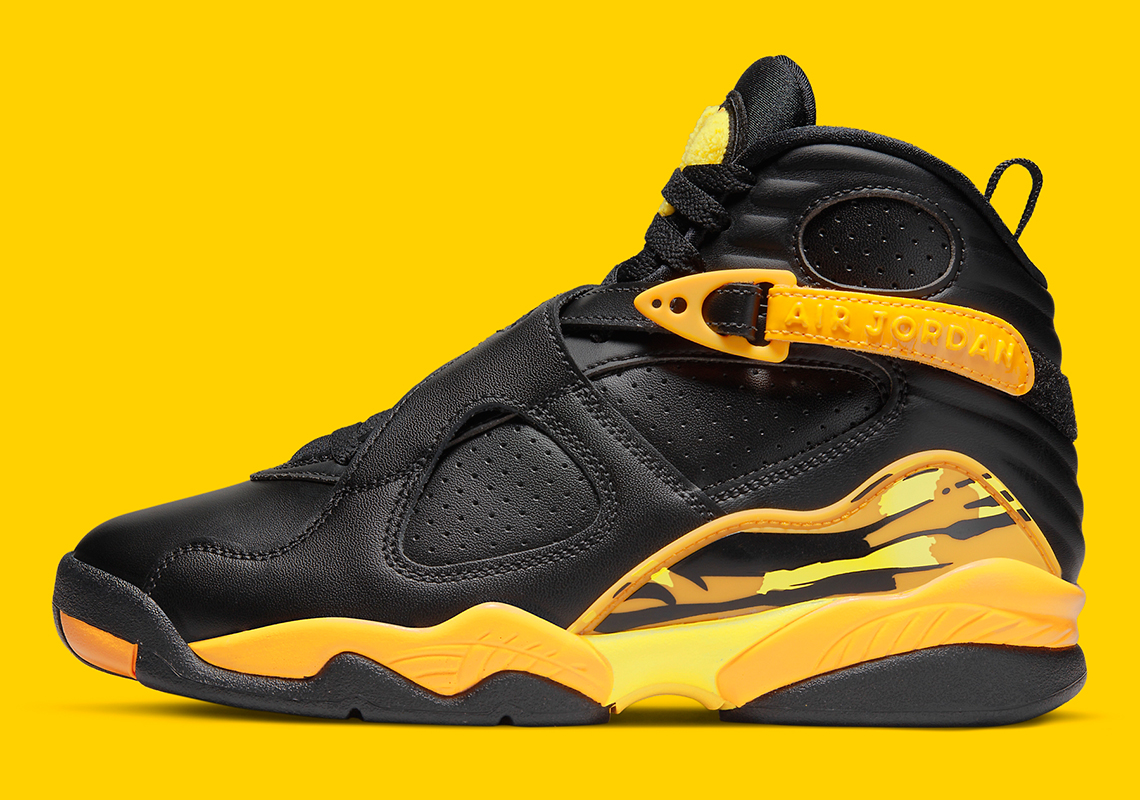 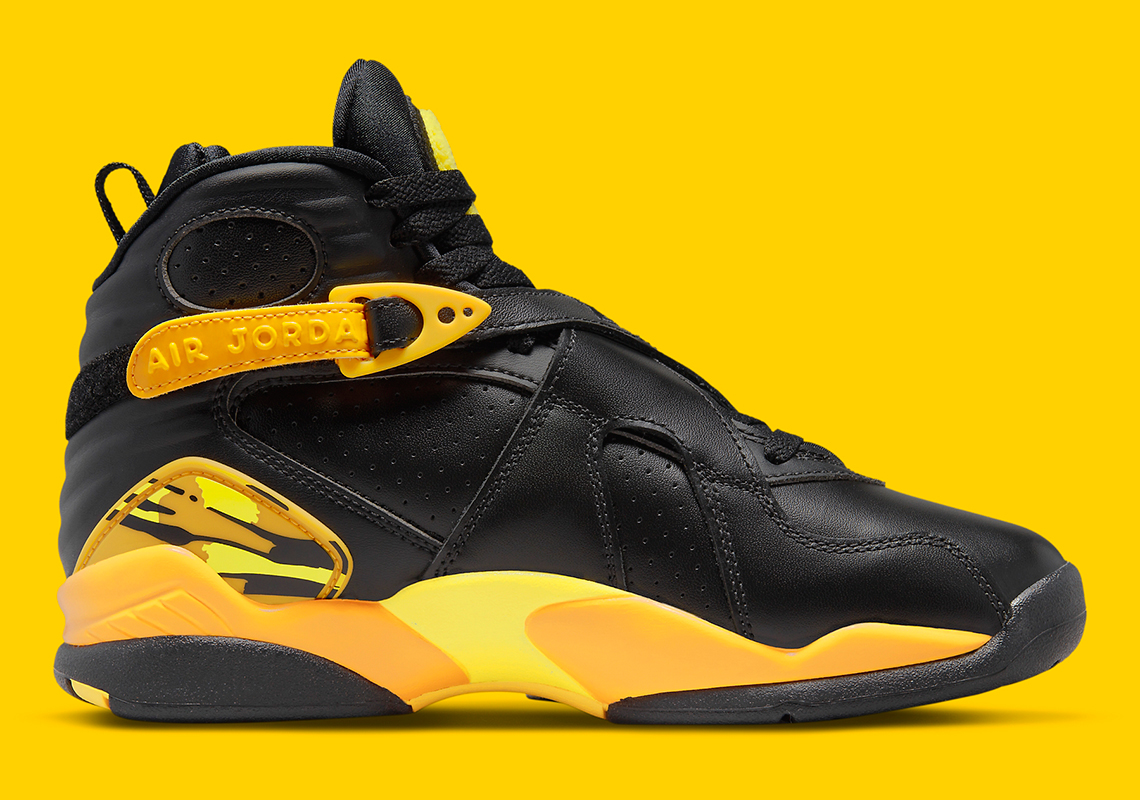 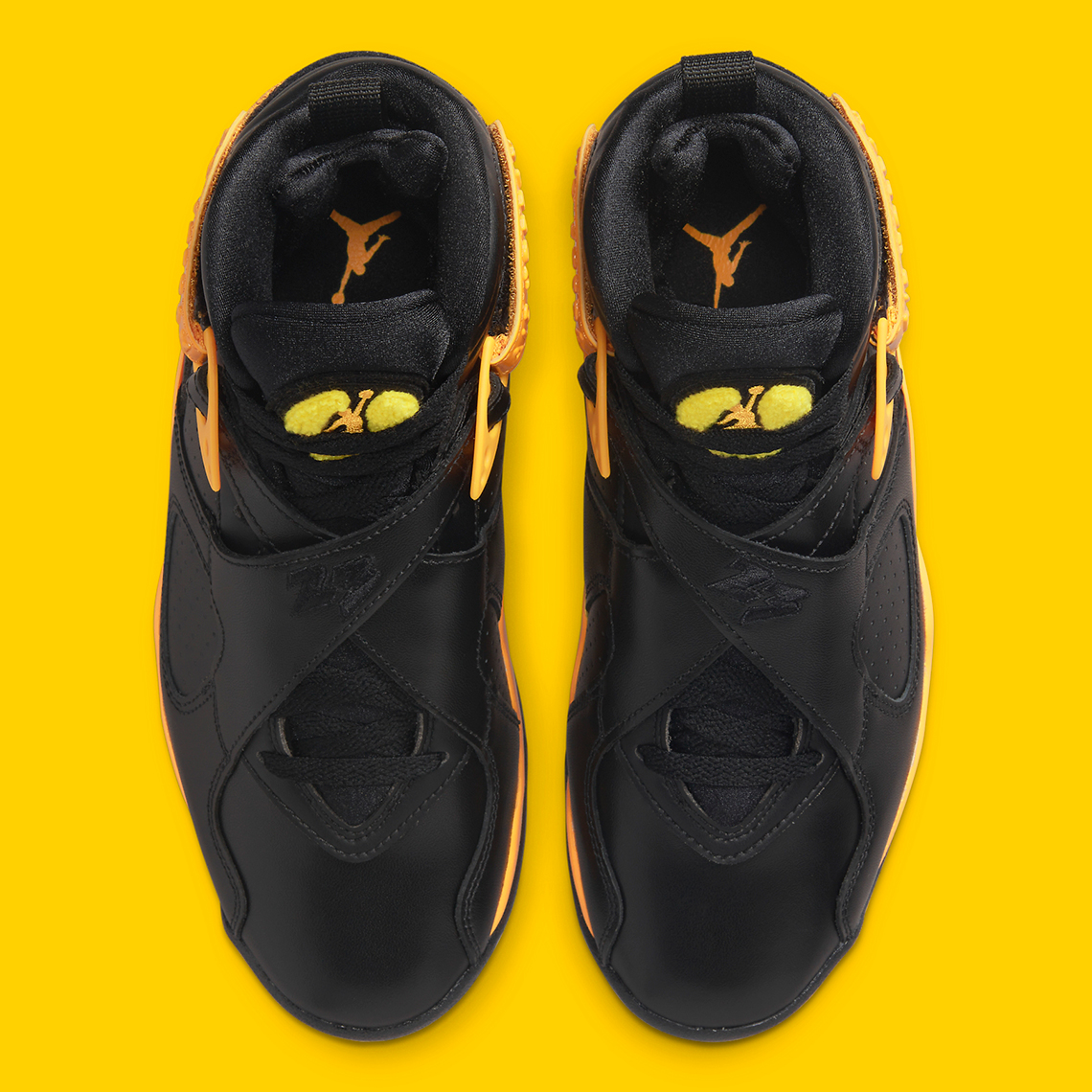 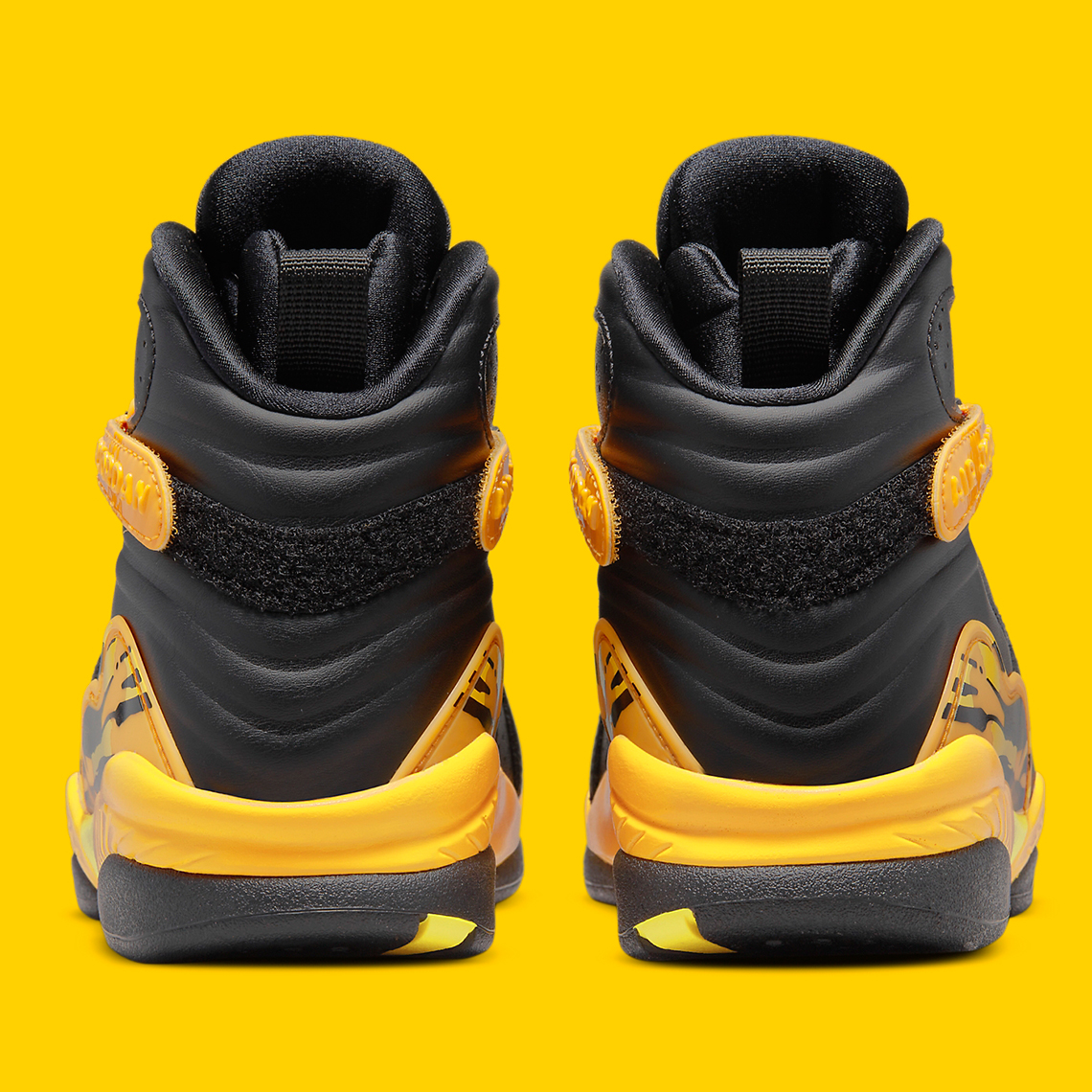 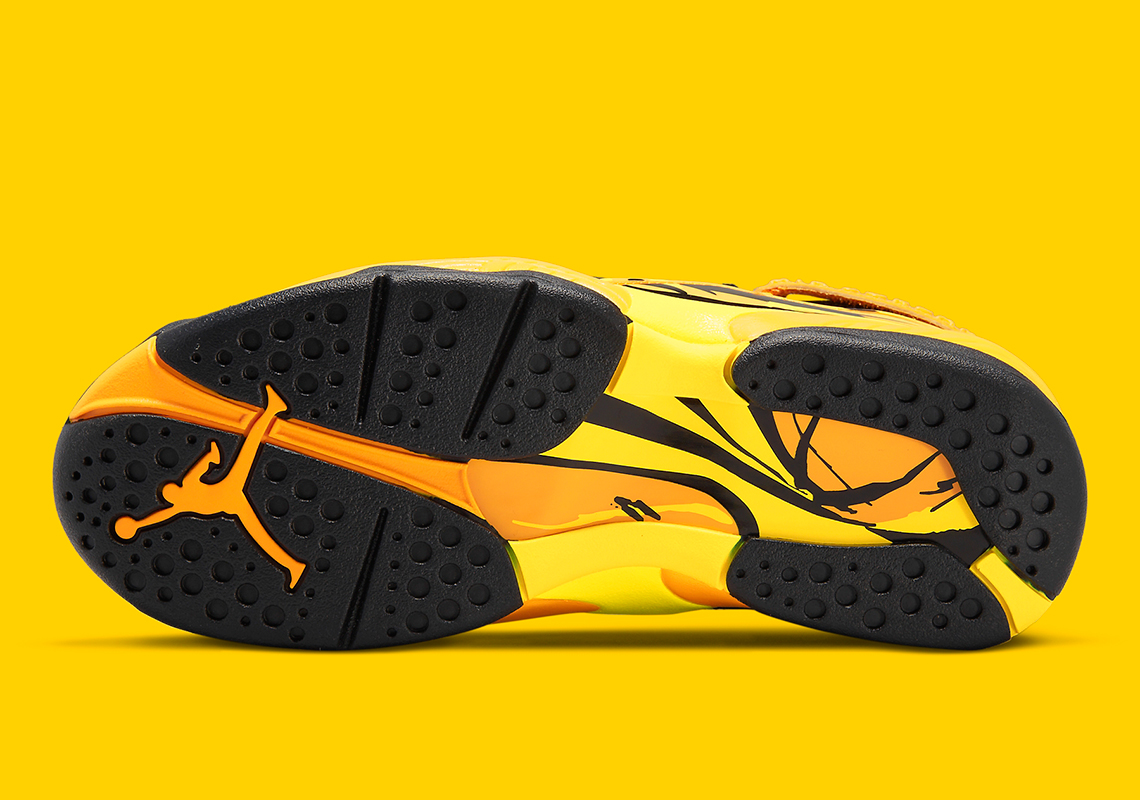 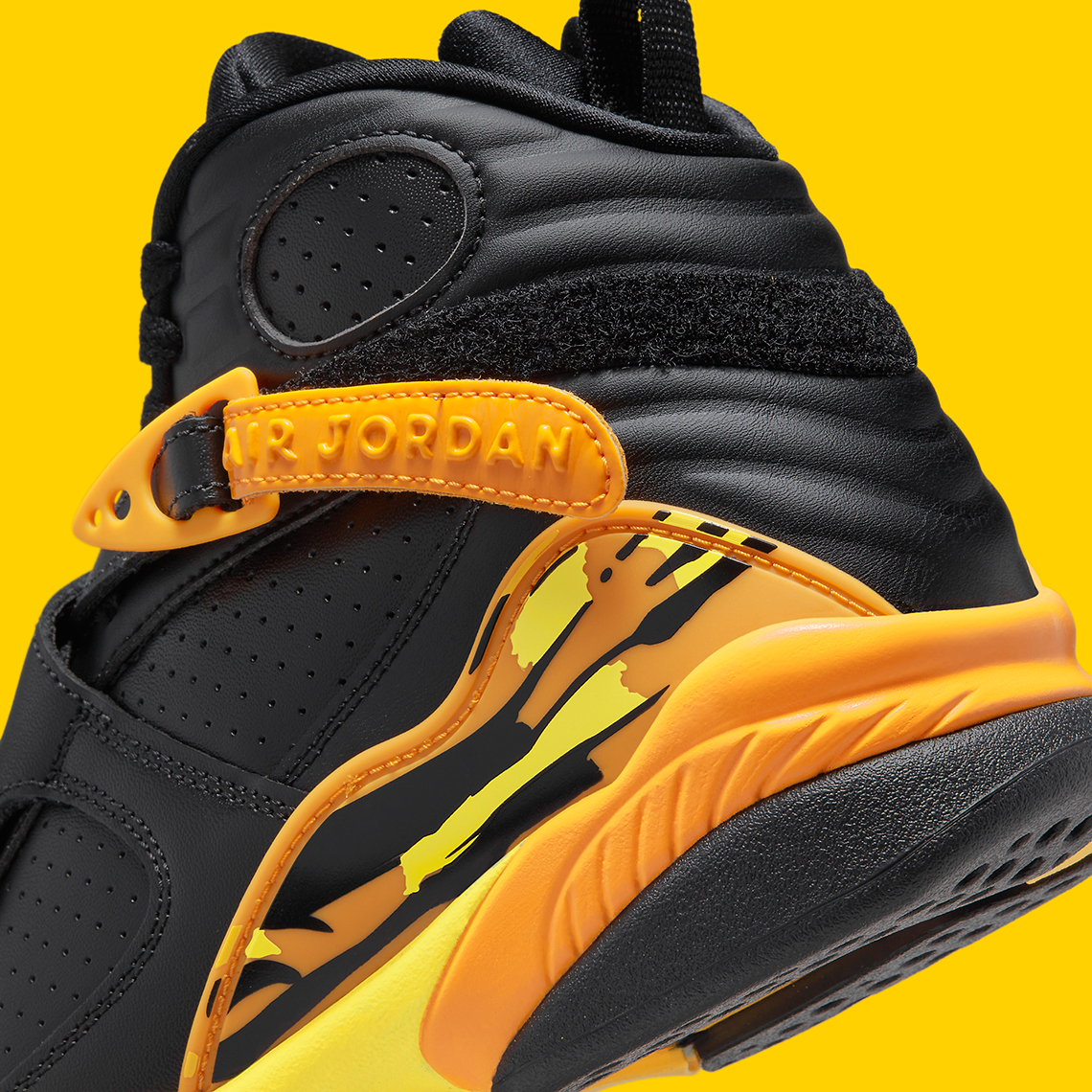 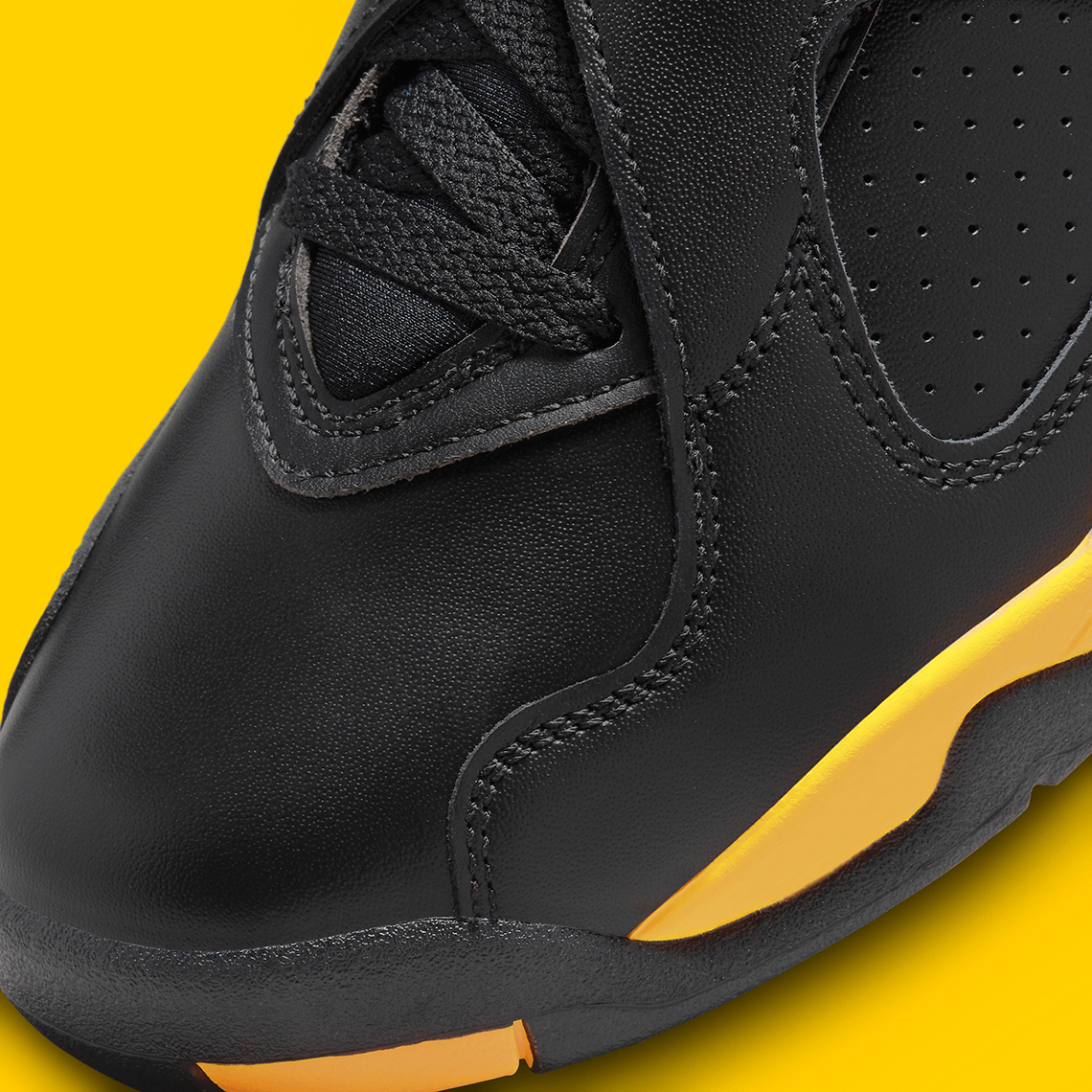 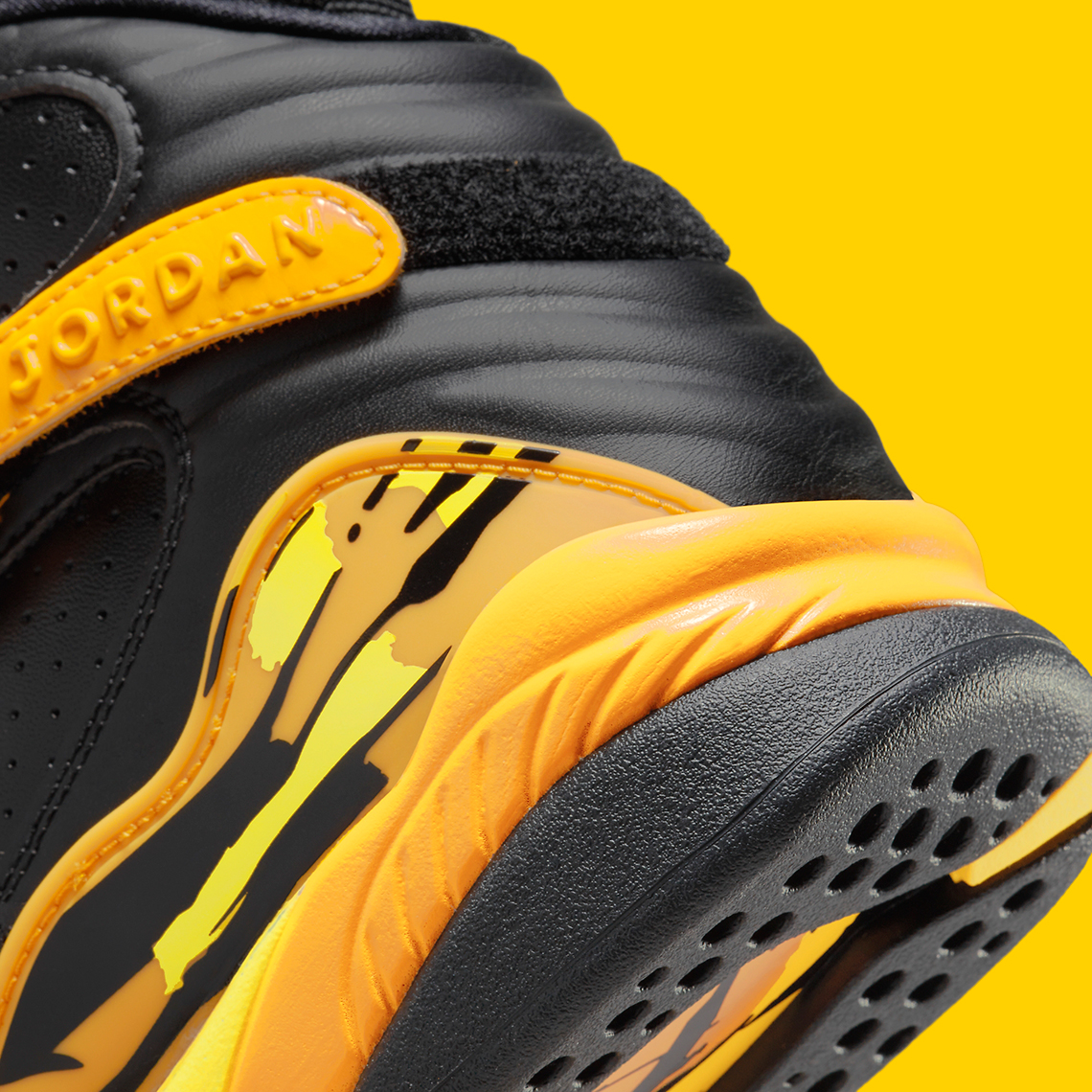