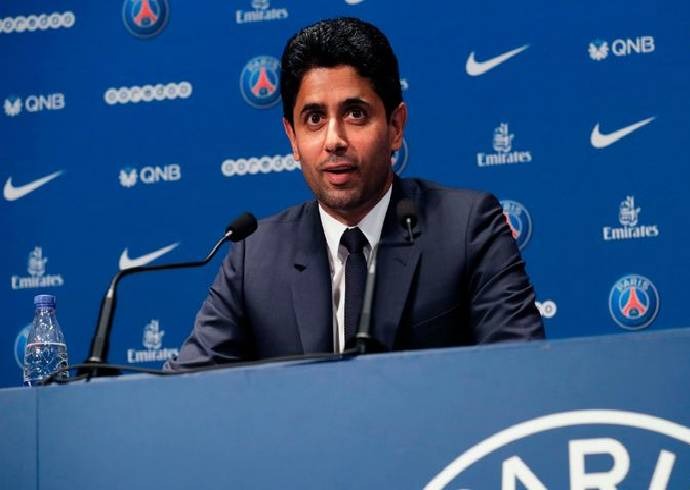 Real Madrid beat PSG: Nasser Al-Khelaifi, Leonardo storm into referees’ dressing room – PSG chairman Nasser Al-Khelaifi and director of football Leonardo Araujo were left fuming following the Ligue 1 giants exit from the UEFA Champions League at the hands of Real Madrid on Wednesday. Kylian Mbappe’s strike had put PSG 2-0 ahead on aggregate with just 30 mins to play, but a Karim Benzema hat-trick ensured that Los Blancos progressed in yet another exit for PSG. Follow Insidesport.in for all updates.

PSG chairman Nasser Al-Khelaifi unleashed his rage at the Santiago Bernabeu on Wednesday after his team were knocked out of the UEFA Champions League at the hands of Real Madrid. As per Spanish media reports, Khelaifi and director Leonardo were both very displeased with the performance and threw a fit of anger at the stadium.

As per reports, Al-Khelaifi and Leonardo stormed downstairs from his box after the whistle to the match officials dressing room, arguing with the referees after both believed that Real Madrid’s 1st goal of the night should have been ruled out due to a foul on Gianluigi Donnarumma. The confrontation allegedly ended up with the referee’s being beaten, with the police called to resolve the conflict.

🚨🚨| OFFICIAL from UEFA: Nasser Al-Khelaifi and Leonardo were “very agressive” and tried to force their entry into the referee’s room. When he asked them to leave, they BLOCKED the door, and Nasser HIT one of the referee’s equipment, breaking it. @edupidal #rmalive

Al-Khelaifi was also left red faced, as he ended up storming into Mejia Davila’s office – a Real Madrid delegate. Some reports suggest that the PSG chairman shouted out at a Los Blancos official, “threatening to kill” which has also been caught on camera. The Chairman also hit out at the players following the loss, allegedly ‘throwing punches’ while labelled Julian Draxler a “N***”. Reports further suggest that UEFA have  been involved and have asked Real Madrid to submit Khelaifi’s recordings.

Real Madrid beat PSG: Karim Benzema secured the third Champions League hat-trick of his glittering career which included two goals in 105 seconds to pull his side back from the brink of an embarrassing exit. At 34, he became the oldest player to score a Champions League treble, surpassing national teammate Olivier Giroud.

PSG were in control of the game after Kylian Mbappe fired them ahead on the night, taking a 2-0 lead in the tie. However, a horrendous mistake from Gianluigi Donnarumma handed Madrid a lifeline as Benzema pressured the keeper and then scored from a Vinicius Junior cutback.

Benzema then levelled the tie in the 76th minute with a clinical finish from eight yards out after a sublime defence-splitting pass from Luka Modrić following a driving run through midfield from the Croatian.

Marquinhos, under pressure from Vinícius, directed a wayward pass across goal with Benzema reacting first to poke into the bottom corner with an instinctive first-time finish. The comeback was completed as Real and Benzema head through while PSG crash out at the last-16 stage for the first time sine 2019.