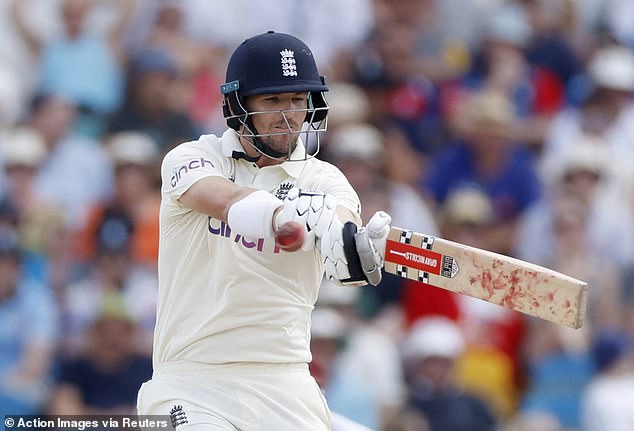 At lunch on the first day of the second Test in Barbados, the cricket world was divided into two camps. The first thought Alex Lees was scoring slowly, the second very slowly. The debate was livelier than much of the morning’s play.

Perhaps we shouldn’t be too harsh. Not every England opener in the post-Alastair Cook era has survived two whole hours, and Lees needed to establish credentials after his debut in Antigua brought scores of four and six.

The pitch was slow, the bowling accurate. Another failure, and the wheel of fortune that seems to determine England’s top order these days might have cranked into action once more. Anyway, aren’t openers supposed to take the shine off the new ball? So, yes, there was mitigation.

Still, it was tempting to wonder what Dom Sibley must have made of the progress.

In August, against India at Trent Bridge, he batted through the first morning for 18 not out – the fewest by an England opener in a complete pre-lunch session since Chris Smith’s 12 against Pakistan in Karachi in 1983-84. Sibley was dropped after the next Test.

At lunch in Bridgetown, Lees had an even more stately 16 from 93 balls, having raced to seven from his first 17. Treating half-volleys with suspicion, he needed 85 deliveries to move from 10 to 20.

His off-driving was compact, but otherwise he reserved aggression for the rankest long hop. It was a good job England’s huge travelling support were in holiday mood. 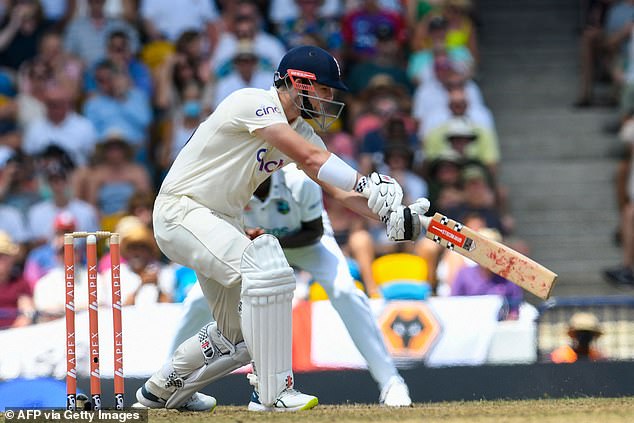 Lees’ approach may work out well in the long run, and he is far from one-paced with the bat

This approach may prove fine in the long run, especially if Joe Root continues to flourish on his return to No 3, and Dan Lawrence to impose himself at No 4. Besides, it’s not as if England weren’t warned: in their warm-up game against a West Indies Cricket Board XI, Lees ground out 65 in 71 overs.

And yet, despite all this, he is far from one-paced. During the summer, only Graham Clark – his opening partner at Durham – made more runs in the 50-over Royal London Cup than Lees’s 562 at 70, with a strike-rate of perfectly respectable strike-rate of 87.

County cricket, though, is one thing – especially in a Royal London Cup filled with youngsters while the big boys were away at the Hundred. Test cricket is quite another, as Lees has learned at the earliest opportunity. 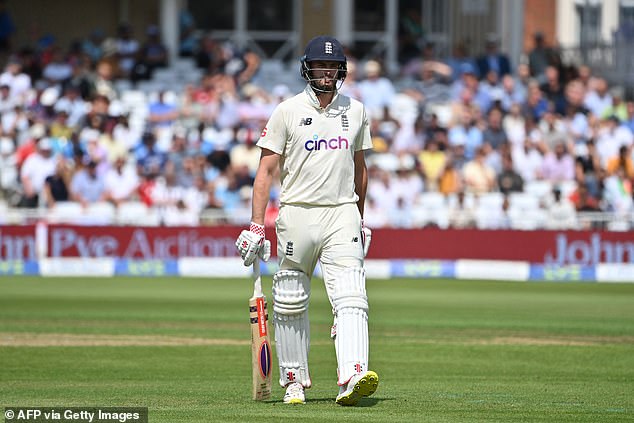 However, it was tempting to think about what the dropped Dom Sibley made of the situation 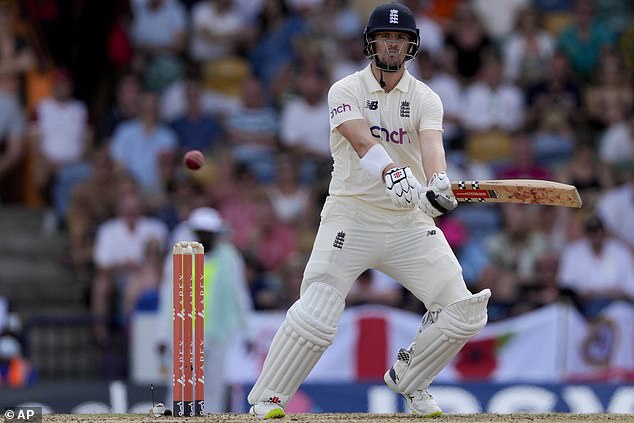 These are early days for Lees, but he has become an object of fascination for England already

16 – He managed 16* before lunch, the lowest score made by an England opener batting through a full first session of a Test since Chris Smith’s 12* in Karachi, 1984.

In Antigua, he was twice out leg-before to Kemar Roach, who over the last few years has been a handful for left-handers from round the wicket. In Barbados, Lees responded by opening his stance a touch – the response of a player willing to adapt.

As Root has pointed out, his former Yorkshire team-mate has matured. At Headingley, he was known as ‘the world according to’, because he had many views on a variety of subjects. A change of club probably suited everyone.

But having seen off the main threats in the West Indian attack, Lees fell in tame fashion to Veerasammy Permaul, the left-arm spinner who had match figures of one for 114 from 28 unthreatening overs in Antigua.

Staying back instead of using his height to push forward and smother the spin, Lees was lbw once more.

These are early days, and newcomers deserve every chance to make their case. So it was a shame that an innings of 30 from 138 balls encouraged questions without providing answers. Like several England openers before him, Lees has become an object of fascination before his career has even got going.