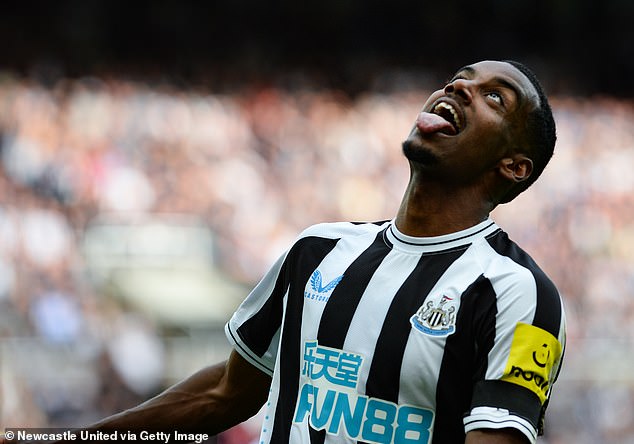 Newcastle’s record signing Alexander Isak will miss the club’s mid-season friendlies and faces a race against time to be fit for the return of the Premier League.

The £60million striker suffered a thigh injury on international duty with Sweden in September and his comeback was delayed when the same issue flared up the following month.

Isak is yet to train fully since then and he did not take part with his team-mates during Tuesday’s session here in Saudi Arabia, where Newcastle will play Al-Hilal on Thursday night. 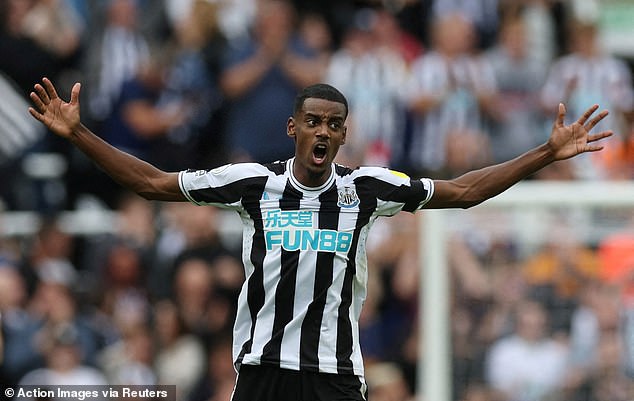 It had been hoped the 23-year-old could feature against the Saudi champions, but Eddie Howe has confirmed he will sit out both that game and the home friendly with Rayo Vallecano on December 17.

That means Isak is now doubtful for the Carabao Cup tie with Bournemouth on December 21 and the Premier League trip to Leicester City on Boxing Day.

‘I don’t expect him to feature in the friendly games,’ said Howe. ‘We’ll try and get him for Bournemouth or Leicester, but we’ll have to see how it goes.’

Has there been another setback?

‘No, there’s no setback,’ said Howe. ‘There was an initial setback when he re-injured his thigh and, as a consequence of that, we just want to make sure we get him fully fit. 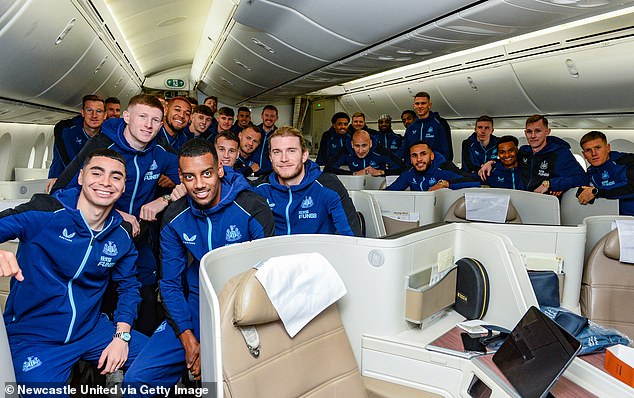 ‘He’s doing well. This was the plan. We didn’t expect him to train with the group when we first started training, so he’s with the sports scientist team and physios.

‘We are building him up in a controlled way and we expect him to be very close for Bournemouth or Leicester. We’re not sure if he’ll be fit or available for those games yet.’

Isak scored twice from just three matches following his August arrival from Real Sociedad and, when he does return, Howe admits it will feel like a new signing all over again.

‘Very much so,’ said the head coach, whose side are third in the Premier League. ‘He’s a player we’ve really liked and missed, and he’ll give us lots of qualities which we feel the team needs. We’re really excited to try and get him back.’

Meanwhile, Howe says his medical staff have remained in contact with Callum Wilson during the World Cup. The England striker missed training this week with a minor strain and it is thought the problem will not be enough to keep him out of Saturday’s quarter-final against France. 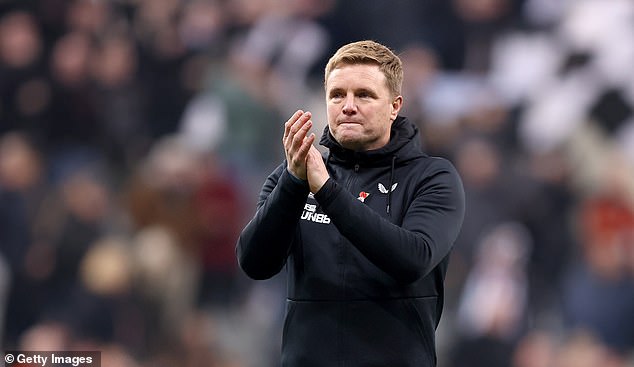