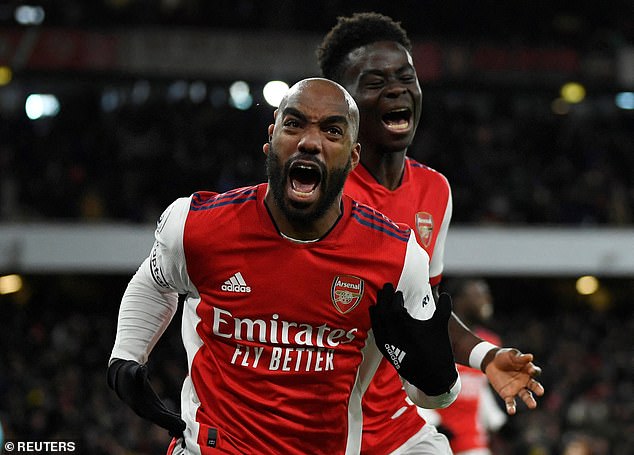 Alexandre Lacazette believes that Arsenal are ‘coming back better now’ after a horror start to 2022, after a dramatic 2-1 win over Wolves kept them in control of the top-four race.

The French striker forced a stoppage-time own goal from Jose Sa as the Gunners came from behind to beat Bruno Lage’s Wolves – who were also chasing a top-four spot before the game and took the lead through Hwang Hee-chan’s first-half strike.

But two goals in the final ten minutes, including a late own goal from Jose Sa, earned the Gunners a precious three points – with stand-in club captain Lacazette claiming that confidence is growing in Mikel Arteta’s squad. 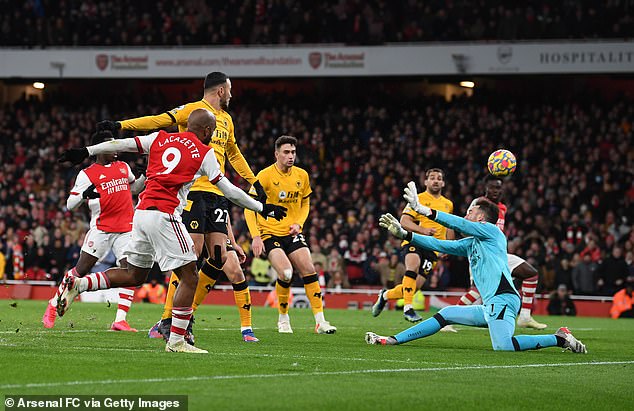 Lacazette told Amazon Prime: ‘We had a difficult January, but I think we are coming back better now in February and we want to do the same until the end of the season.

‘It (the win over Wolves) gives us a lot of confidence but we are a young team so our confidence can drop really quick. That’s why we have to keep working every day in training sessions.

‘We trust the coach for this – we listen to him every day and we hope at the end of the season that we are going to finish in the top four.’ 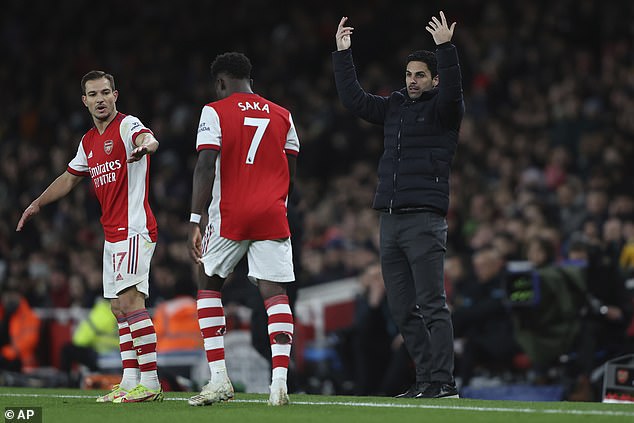 But Arteta managed to change the game by bringing on substitute Nicolas Pepe and Eddie Nketiah – with the pair combining for the Ivorian winger to score with just eight minutes of normal time remaining.

Wolves looked like they were going to escape from north London with a point but Pepe linked up with Lacazette, whose shot was deflected in via the hand of Wolves goalkeeper Sa to send the Emirates Stadium wild. 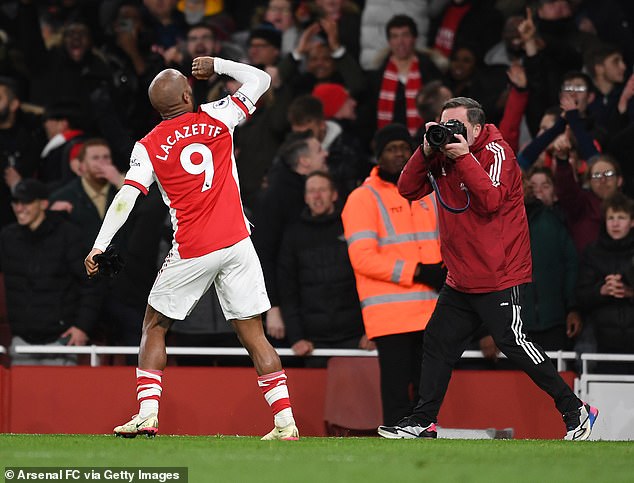 Lacazette credited the influence of the Arsenal fans in the stadium for the win, as the Gunners supporters gave them the necessary ‘energy’ to win the game.

‘They were amazing, like at every game at home this season,’ Lacazette added when asked about the fans. ‘

I want to thank them because they give us a lot of energy and more at the end of the game when it is like this. So thanks to them and I think this kind of win makes them really happy.’