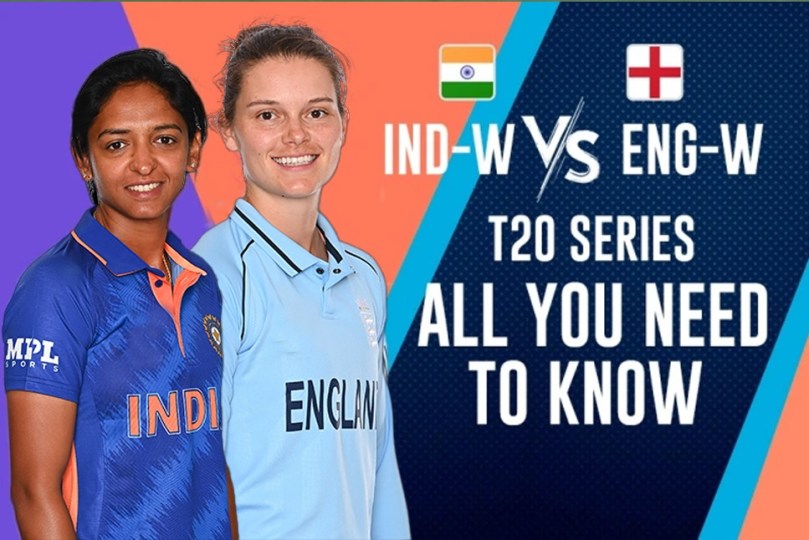 IND-W vs ENG-W: India and England women are set for a three-match T20 series, September 10 in Chester-le-Street. With both teams possessing…

IND-W vs ENG-W: India and England women are set for a three-match T20 series, September 10 in Chester-le-Street. With both teams possessing some big players in their ranks, it is expected to be a close encounter in England. India will be led by Harmanpreet Kaur in the series while Amy Jones will captain the English women’s team. Follow India women vs England women live updates with InsideSport.IN

With the T20 series being played in England, Nat and her team will be upbeat before the series. They know the conditions well, while it is a case of adjusting for Team India. For the same reason, India took to the field at the Riverside Ground to play a practice match.

The series is going to be interesting in more than one count. For England, it will be a case of taking revenge after their loss to India in the Commonwealth Games 2022. While India are riding on the high of the CWG 2022. They will also be eager to show that their show in the CWG 2022 was not a flash in the pan, and win the series.

Match simulation day for #TeamIndia at Durham ahead of the T20I series against England.#ENGvIND pic.twitter.com/an0RRFXsSl