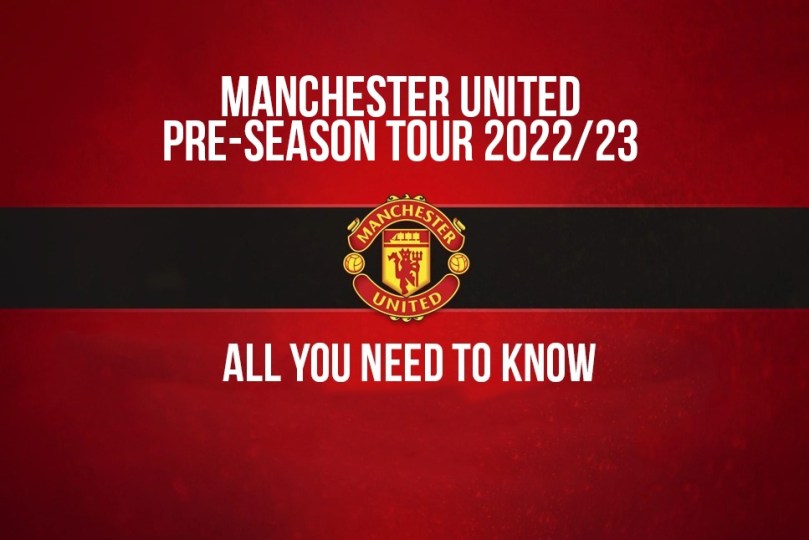 Man Utd Pre-season 2022-23: All you need to know – The Red Devils have travelled to Thailand and will then travel to Australia…

Man Utd Pre-season 2022-23: All you need to know – The Red Devils have travelled to Thailand and will then travel to Australia and Norway as they gear up for the 2022-23 campaign, The Erik ten Hag era at Manchester United begins in 2022-23 and the Dutch coach will have a full pre-season campaign to bring his players up to speed for the new season. As they put a season of record lows behind them, Man Utd’s friendly fixture plans will see them face a recent Champions League foe as well as one of their biggest Premier League rivals. Follow Latest Football News LIVE with InsideSport.IN

Man Utd Pre-season 2022-23: All you need to know about Manchester United’s Pre-Season Tour

To begin with, Man Utd head to Bangkok, Thailand for the first time since 2013, to face Liverpool on July 12 in the Rajamangala stadium.

The squad will then travel to Melbourne, Australia to take on A-league side, Melbourne Victory on July 15. That game will be played in the Melbourne Cricket Ground. Ten Hag’s charges will then take on on Patrick Vieira’s Crystal Palace at the same venue on July 19.

To round out their time in Australia, the squad will face Premier League rivals Aston Villa on July 23 at Perth’s Optus Stadium, a venue they played in twice during their 2019 tour.

The Red Devils will then face Atletico Madrid at the Ullevaal Stadium in Oslo, Norway, on July 30 before returning to Manchester for a game against Rayo Vallecano at Old Trafford day later.

Cristiano Ronaldo will not be part of  Erik ten Hag’s departing squad for Thailand as he has been granted additional time off to deal with a family issue. Although it is unclear if he will join the squad in Australia despite handing in a transfer request.

“Cristiano Ronaldo will not be part of the Manchester United party scheduled to depart for our pre-season tour of Thailand and Australia on Friday,” the spokesperson said.

“He has been granted additional time off to deal with a family issue. Cristiano remains under contract with Manchester United for another season and is not for sale.”

Who has been included in Manchester United’s OFFICIAL Pre-Season Tour squad?

How do I get tickets for Man Utd’s pre-season matches?

You can purchase tickets on the official Manchester United website. Prices vary depending on the particular fixtures and locations.

Tickets for matches against Liverpool, Melbourne Victory and Crystal Palace are all on sale now, while tickets for the Atletico Madrid fixture will not be released for purchase until Monday 30 June.

Tickets for their fixture against Aston Villa have sold out.

Manchester United kick off competitive action on August 7, 2022 with a Premier League game against Brighton at Old Trafford.

They will have a full pre-season tour under their belts by then, with around a week to recuperate before the big kick-off. The Red Devils face Brentford in their second league game of the season, with Liverpool visiting Old Trafford the week after that.

United will also be competing in the FA Cup, the Carabao Cup and the Europa League in 2022-23.

Where to watch LIVE Streaming of Manchester United’s Pre-Season fixtures?

Every pre-season tour game of Man United will be shown live on MUTV, and fans can follow all things pre-season, including team news, exclusive content, matchday build-up and more, on the Manchester United App.