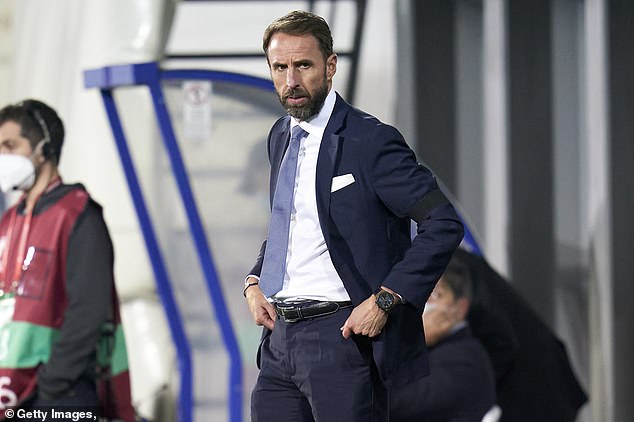 The sun had set on the Pyrenees about an hour before England took to the field in Andorra on Saturday night.

The spectacular mountains, which encircle and stand guard over the capital city of Andorra La Vella, receded into the darkness as the National Stadium, still scarred by fire which had engulfed the TV gantry on Friday, finally took centre stage.

The ski season is yet to begin here and the shopping complexes accommodating Catalan visitors searching tax-free bargains on a busy Saturday afternoon had shut by then, so the football really was the principle draw in town.

Floodlights on, astroturf swept clear and elegant high-rise flats overlooking the pitch on one side, it had the feel of the after-work kick-about at the leisure centre. 2285 watched on, the stadium at 70 per cent capacity because of Covid restrictions.

It was certainly far removed from the feral crowd chaos and penalty woes of the Euro final at Wembley just three months ago and somewhat lower key than Qatar will be in a year’s time when England take the field at a major tournament again.

Yet, despite the obvious mismatch, if England play, reputations are at stake. Landmark moments are on offer, such as Ben Chilwell’s first England goal, finally celebrated by the team after an interminable VAR check with almost the enthusiasm of a World Cup winner.

Opportunities present themselves, such as the first two assists of Jadon Sancho’s season, goals for Tammy Abraham and James Ward-Prowse and a crowd pleasing run and finish for Jack Grealish. 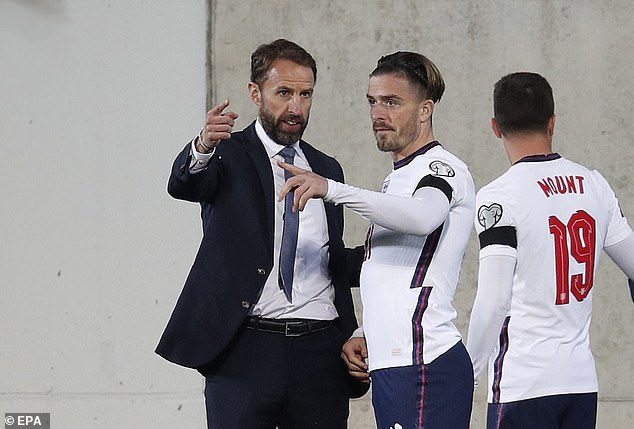 Conclusions will be drawn, certainly about Phil Foden’s remarkable ability to dictate a game with immaculate passes to Sancho and Bukayo Saka to set up England’s opening goals.

Gareth Southgate looked on it all pensively from the bench. Five years ago he did much the same at a superficially unremarkable match against Malta at Wembley. Its significance lay, as this one did, in the fact that it was a World Cup qualifier, a necessary hurdle to be completed en route to thrilling penalty shoot-out win against Colombia and inspiring run to a semi-final.

So who knows where this underwhelming night in an ancient principality will lead? That game against Malta was noteworthy in that it was Southgate’s first as manager, or interim manager as he was then.

So much has passed in five years, on and off the pitch, it’s easy to forget that he was preceded by a humiliating defeat to Iceland, a nation of 366,000 people and then 67 days of Sam Allardyce in charge, who lost his job for being indiscrete over a pint of wine. It is fair to say that national team had been held in higher esteem.

And so it should be the case that a grateful nation is giving thanks for five years of Southgate, for that glorious summer of 2018, for temporarily ending our penalty hoodoo on a fantastic night in Moscow; for that win over Germany, the first in tournament football for 55 years; and for ending our semi-final jinx whilst leading the nation one huge communal singalong of Sweet Caroline as we gingerly emerged from the darkness of Covid. 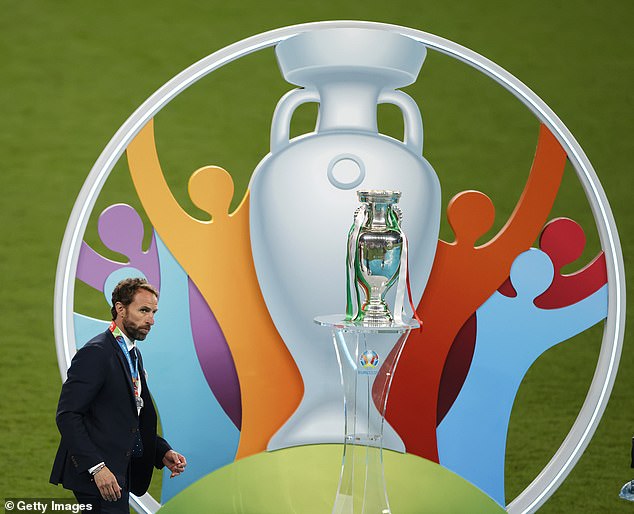 It should but for many it doesn’t feel that way. For some Southgate will forever be the man who cost us the final against Italy. There’s one thing worse than being a failed England manager and that is to be a good manager who takes a team to within a penalty kick of winning a major trophy.

Hope deferred it seems engenders more anger than the dysfunctional failure of the past. Perhaps it is Southgate’s embrace of causes that irk the forces of conservatism that so worries some or maybe there is a genuine feeling he could have reacted better to Roberto Mancini’s tactical changes in the final. He probably could have done.

Yet for the Southgate naysayers, a quick look back over the papers during the European Championships is instructive. ‘Release the handbrake!’ was the screaming headline as frustration brewed with the over-cautious manager.

After the defeat in the final, a loss made even more painful by the fact it was at the national’s team iconic home stadium, the recriminations centred on the coach’s inability to grasp their moment of history.

‘The national team and the coach were guilty of not daring to seize the day,’ wrote one reporter. ‘The manager had no answers…’ read another headline. ‘His coaching couldn’t influence the final.’

While the opposition manager was changing his system with ‘effective coaching …our manager didn’t take action…In the final analysis, the selection, charisma and tactics of the coach could not influence the course of the game.’

All familiar stuff. Except that collections of headlines, and indictments cited were not written about Southgate, nor about England. All of the above comes from L’Equipe in the aftermath of France’s Euro 2016 final defeat to Portugal, which they lost 1-0, despite home advantage. 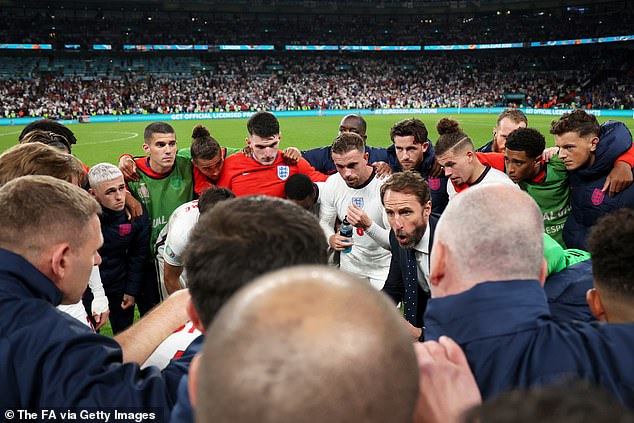 Southgate deserves to be judged after his finale, and could yet go down as an all-time great

The imploring of the coach to attack, the accusation that his in-game management wasn’t up to the task, the underlying fear that he might be wasting a generation of players, all of it is directed at Didier Deschamps, the man who led France to the World Cup in 2018.

So what of Southgate, three months on from that Wembley defeat, 13 months away from a World Cup? How will he be remembered? As the man who stole the dreams of a nation by failing to react in the one final we have reached in 55 years? Or as the greatest England manager since Sir Alf Ramsey?

Those who choose to criticise should reflect on the vagaries of football, the journey of Deschamps and the possibility that Southgate may yet become the most important manager in English football, surpassing Sir Alf in his achievement by winning a World Cup abroad.

The chances are he won’t. Football doesn’t often allow itself to be coerced into neat redemptive storylines. But only a fool would suggest there is no chance of that. England will go to Qatar as one of the best teams in the world. For that we should be thankful.

We don’t know how this story ends but we should at least do the manager the courtesy of waiting for the finale before delivering the verdict.