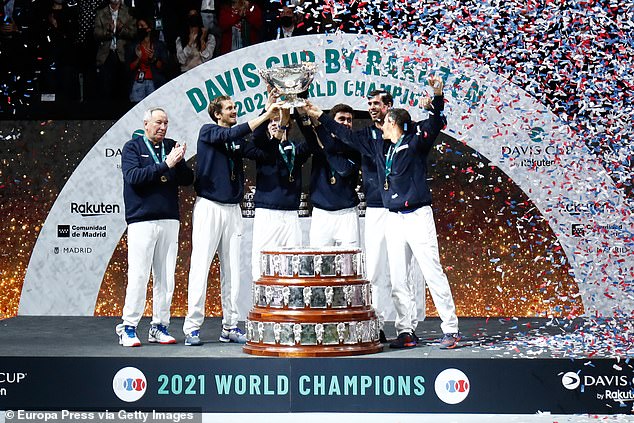 The Russian Tennis Federation completed a trophy double as Andrey Rublev and Daniil Medvedev secured Davis Cup victory over Croatia in the final in Madrid.

A month after the Russians claimed the prize at the Billie Jean King Cup finals, Rublev defeated Borna Gojo and Medvedev saw off Marin Cilic to give the country the two most prestigious trophies in international team tennis.

Banned from competing under their flag because of violations of anti-doping rules, the Russians ensured their rankings superiority translated to silverware.

The only team with two players in the singles top 10, the RTF side completed the job before Croatia were able to play their trump card in world number one doubles team Nikola Mektic and Mate Pavic.

Rublev has been a little shaky this fortnight but he hit form in the Russian team’s semi-final victory over Germany and carried that on here against Gojo, who has been the revelation of the tournament.

He gave another good account of himself but Rublev ultimately proved too strong in a 6-4, 7-6 victory. 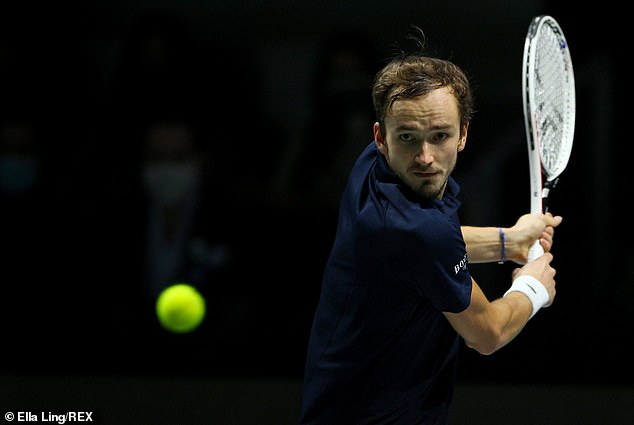 Daniil Medvedev saw off Marin Cilic for Russia, who are banned from competing under their flag because of violations of anti-doping rules 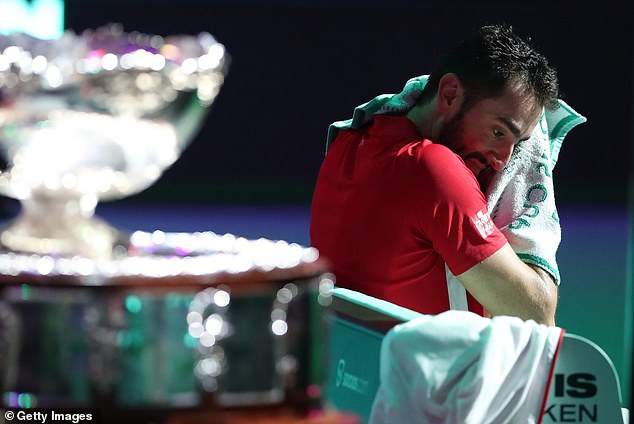 That set the stage for US Open champion Medvedev, who had not lost a set during the event, and he produced another excellent performance, beating Cilic 7-6, 6-2.

It is the first time a Russian team has won the Davis Cup since 2006 and, in his on-court interview, Medvedev said: ‘It feels amazing but I’m more happy for the team than for myself.

‘We have an amazing team, amazing atmosphere, and I’m just happy to be part of this team and to be able to bring the points that we need.

‘It was a pretty amazing two weeks because it’s never easy to come here at the end of the season. Two of the best weeks of my career.’