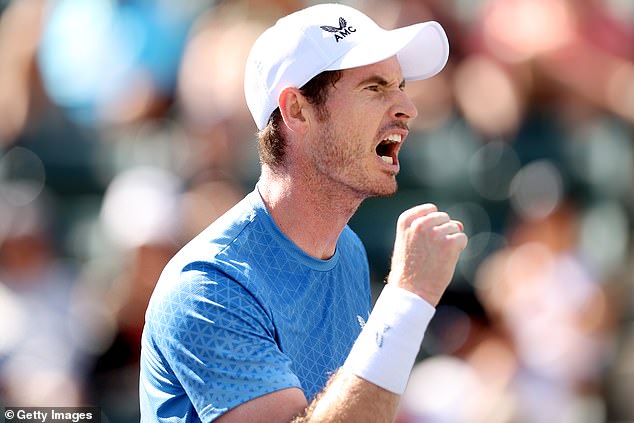 Andy Murray has tasted much adversity in recent years, but he was able to savour a sweet victory when he defeated outstanding Spanish teenager Carlos Alcaraz to make the third round of the Indian Wells Masters.

Battling for just over three hours in the desert heat, Murray saw off this year’s US Open quarter finalist 5-7 6-3 6-2. He was awaiting the winner of Alex Zverev and young American Jenson Brooksby.

Summoning all his experience, the twice Wimbledon champion used a crafty mixture of high spins to discomfort a player he believed could be a future world number one.

Ever resourceful, the Scot even hit an underarm ace early in the second set after spotting his opponent standing way back to receive.

‘It was a brilliant atmosphere and I enjoyed it – that’s why I’m still playing,’ said Murray, who explained his unusual serve. ‘He started stand further back, the courts here are painfully slow, I wasn’t getting many free points on serve, it’s the first time I’ve ever done it in a match. I thought about using it in the first set, maybe I will do it again if guys keep standing far back.’

Playing for the first time against someone born this century, it was a reminder that Murray is not a spent force and he could easily have won it more easily, had he taken a set point in the opener. 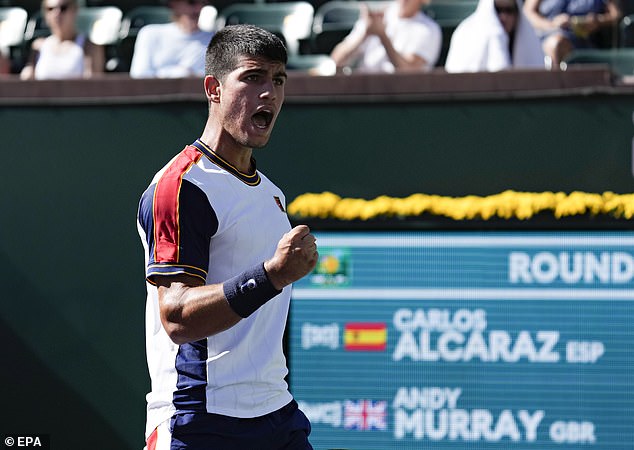 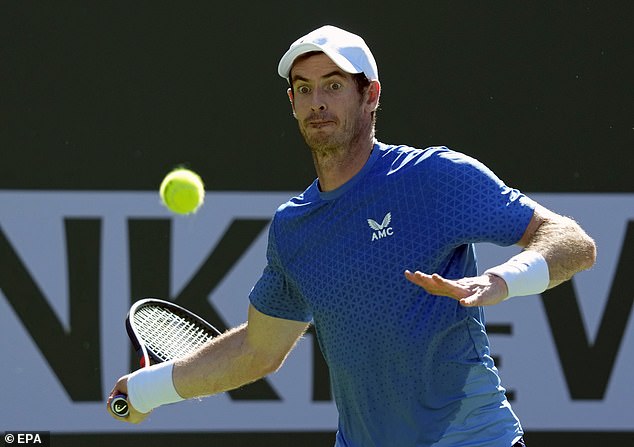 In a match full of high quality exchanges Alcaraz also showed why he is Spain’s great post-Nadal hope, with his exceptional speed and soft hands which regularly delivered winning dropshots.

There are still flashes of inexperience from the world number 38 and he played a poor game to be broken at the start of the decider. Crucially Murray denied him break points to level and held on with relative ease after that.

While Murray’s enduring fitness for someone with a metal hip has been encouraging over recent months, he badly needs the ranking points this week as the haul from his 2019 European Open triumph in Antwerp is about to disappear.

Dan Evans and Cam Norrie, jousting for the British number one position, will play in the Indian Wells third round this evening. They face the seeded Diego Schwartzmann and Roberto Bautista Agut respectively.

Were Evans able to defeat Schwartzmann he could well enter the world’s twenty for the first time. Norrie has a difficult task against the intimidatingly consistent Spaniard as he searches for his 43rd win of the season. 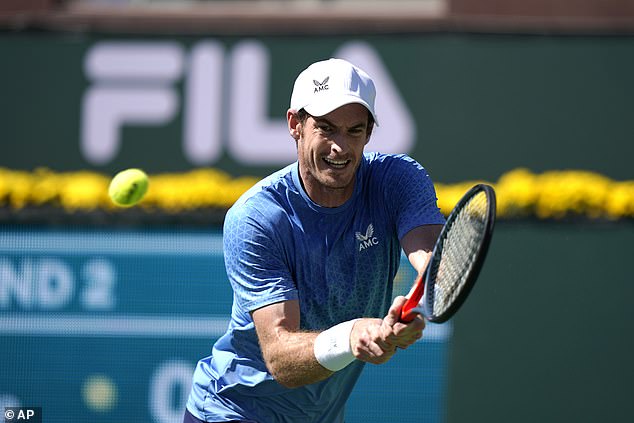