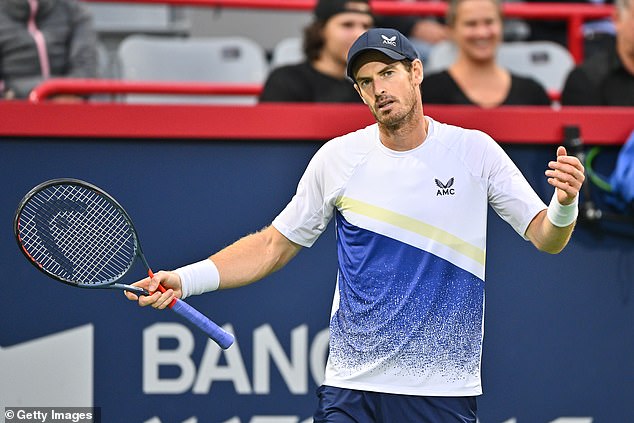 Andy Murray is beaten in straight sets by Taylor Fritz in the first round of the National Bank Open in Toronto… and the American world No. 13 will face countryman Frances Tiafoe next

Andy Murray has been beaten in straight sets by Taylor Fritz of the United States in the first round of the National Bank Open in Toronto.

Fritz won 6-1 6-3 in Canada, his first win in the country in an impressive display against Murray.

The pair were initially scheduled to play on Monday but a four-hour rain delay saw the match moved to Tuesday.

Fritz was nearly flawless in the first set, unleashing his unique mix of power and finesse to put the former world number one from Scotland on the back foot.

Murray fought hard in the second, but could not solve the puzzle the towering American presented in their first career meeting and smashed his racket against the court at several points in frustration.

‘It’s an honor to be on the court with Andy,’ Fritz said afterwards. ‘Just to get the chance to play him, he’s been around and been dominating since before I came on tour. It’s an honor. 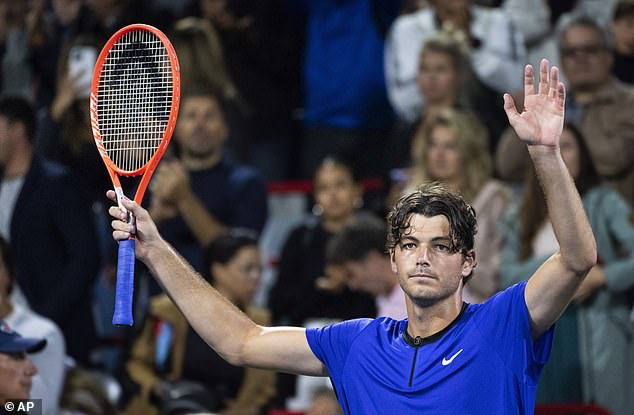 Fritz paid tribute to Murray after the match, saying it was an honor to compete against him

‘I haven’t always played well this time of the year, before the US Open, so it feels really good that this year, it just seems different. I could serve just a little bit better but from the ground I felt great.’

World No 13 Fritz will take on fellow American Frances Tiafoe in the second round of the competition.