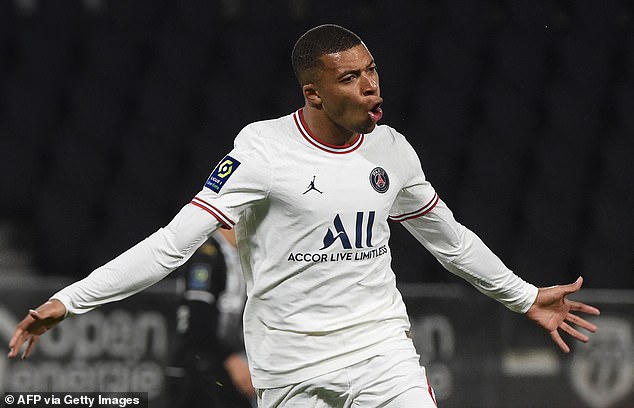 Angers 0-3 PSG: Kylian Mbappe, Sergio Ramos and Marquinhos wrap up routine win… but Mauricio Pochettino’s men are made to wait for Ligue 1 title by Marseille fightback

Paris St Germain are on the verge of a record-equalling 10th French title after goals by Kylian Mbappe, Sergio Ramos and Marquinhos earned them a 3-0 victory at Angers in Ligue 1 on Wednesday.

The result put the capital side on 77 points, leading second-placed Olympique de Marseille, who beat Nantes 3-2, by 15 points with five games left.

Should PSG avoid defeat at the Parc des Princes against RC Lens on Saturday, they will clinch the title that puts them level on 10 with St Etienne, who won their titles between 1957 and 1981. 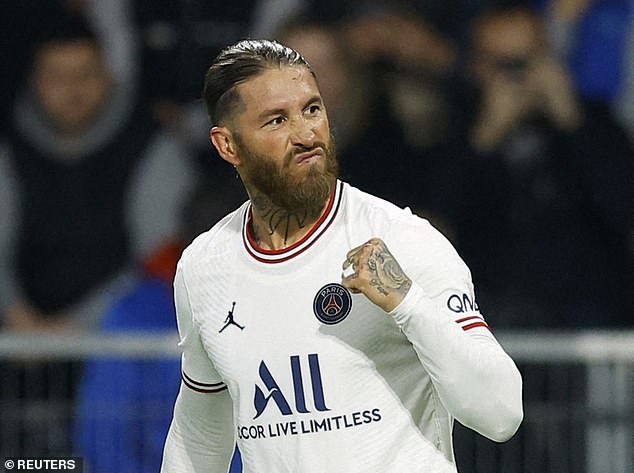 Stade Rennais are third on 56 points after losing 2-1 at Racing Strasbourg, who are now fourth behind them on goal difference.

Also on 56 points are fifth-placed Monaco who beat Nice 1-0 at home.

The top two qualify directly for the Champions League group stage while the third-placed side will play the third qualifying round. 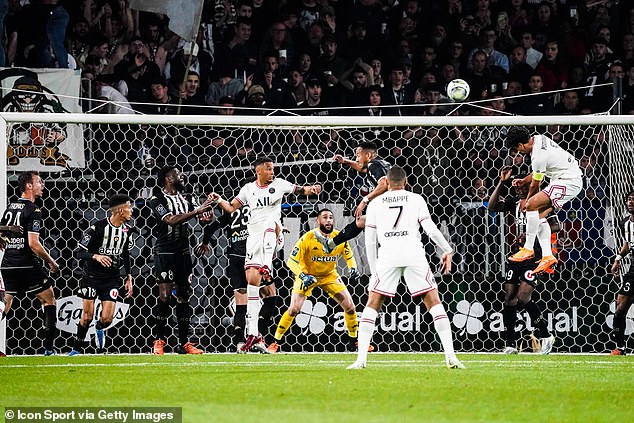 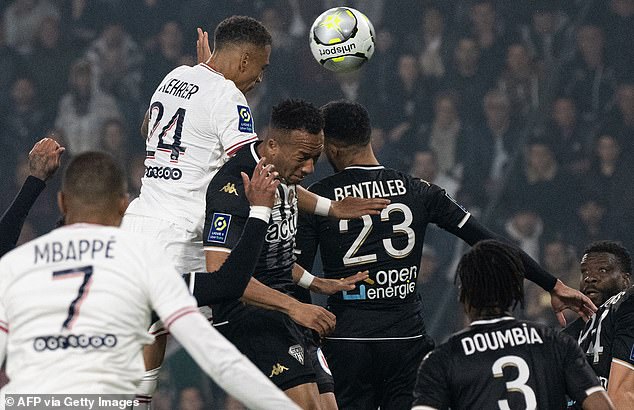