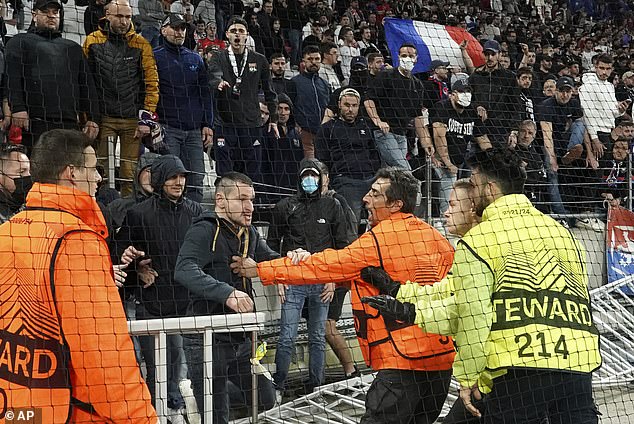 Furious Lyon fans start FIRES in the stands, fight with riot police and try to storm the pitch after their side’s dismal performance in the 3-0 Europa League loss to West Ham

Lyon fans were furious after their defeat by West Ham as supporters stayed behind in protest after full time, with some starting fires in the stands and fighting with riot police.

Dozens tried to storm the pitch at the Groupama Stadium while West Ham’s players were celebrating their win but were stopped by steel fences.

The supporters’ anger was aimed at their own team, who are wallowing in 10th in Ligue 1, rather than the Premier League visitors, who beat the French side 3-0 to dump them out of the Europa League at the quarter-final stage. 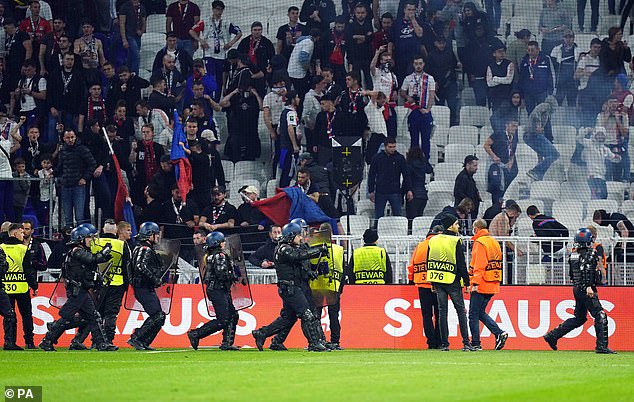 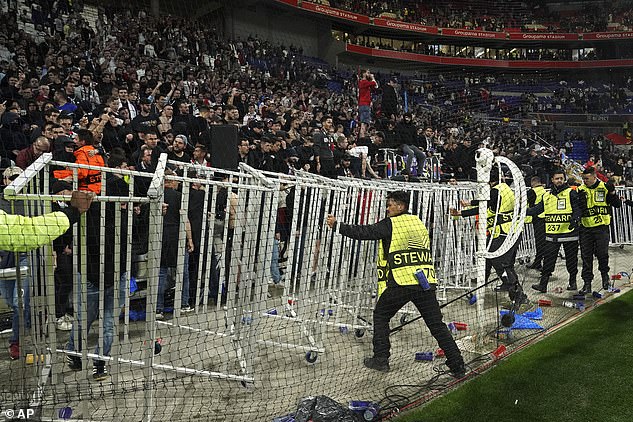 West Ham midfielder Declan Rice had been pelted with bottles when he was substituted off in the 89th minute, indicating the home fans were at boiling point.

There were widespread boos and whistles towards their own players during and after the game, and upon the final whistle their frustration hardened into action.

Talksport’s Ian Abrahams, at the ground, said: ‘Well the reaction from the West Ham fans is obviously overjoyed, but not the Lyon fans, we have a bit of a problem now emerging at both ends behind the goals. 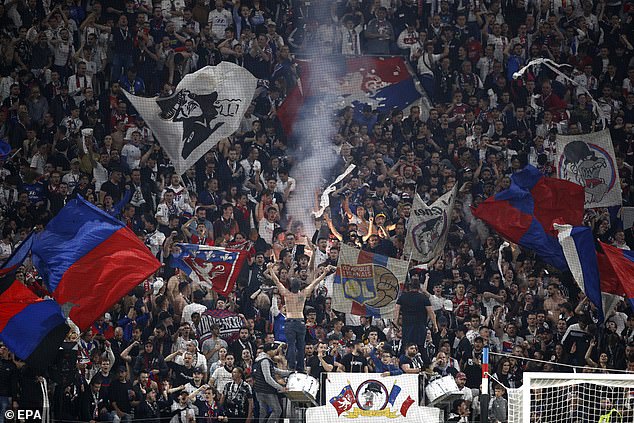 Before the game fans waved flags, chanted loudly and created a raucous and loud atmosphere 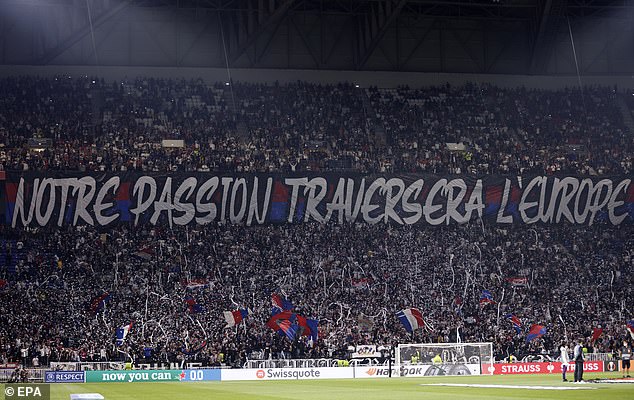 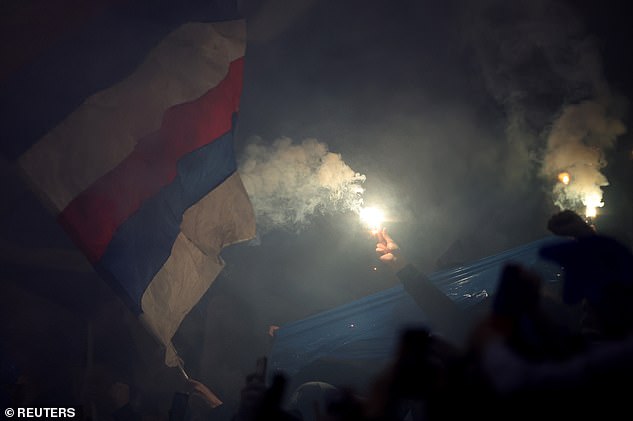 Several fans set off flares before, during and after the game as the atmosphere turned to anger

‘Behind one goal there was basically barriers separating the fans from the pitch and those barriers have now been pushed up against the police.

‘One of the barriers have been pushed over and two flares have been lit and now the other end to replicate that, again the fans have jumped over the initial hoardings and are now pushing against the metal barriers to try and get to the police.

‘The Lyon fans are really not happy about the situation tonight. A couple of fans are falling over amongst the hoardings as they try to get on the pitch.’