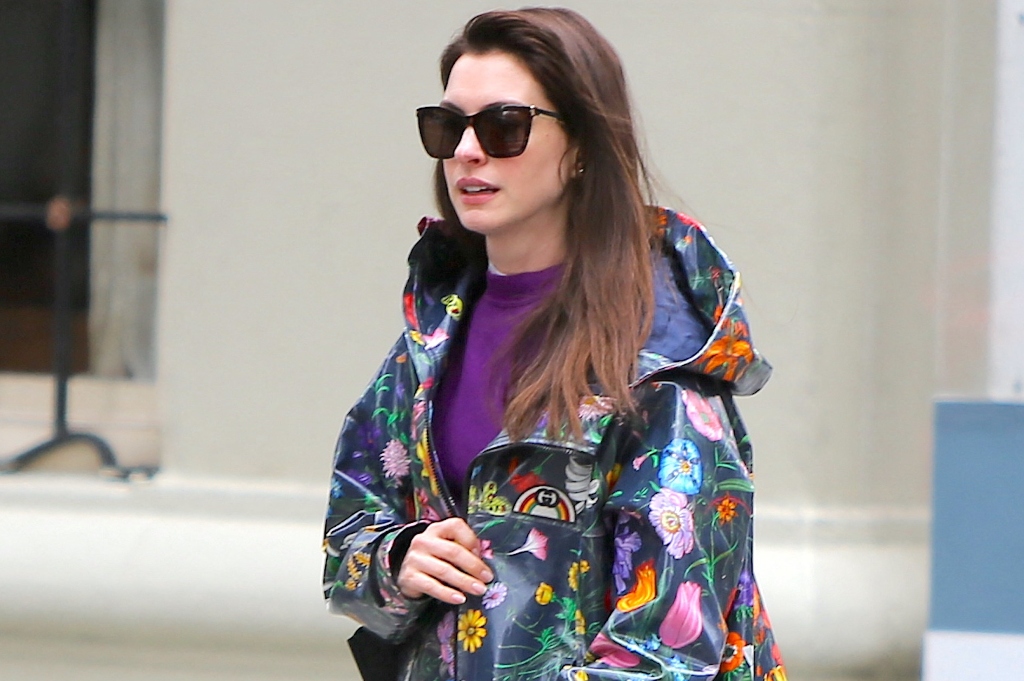 The “Princess Diaries” star also toted a black bag and finished off her look with black shades. Hathaway, 39, has been associated with fashion since her role in the classic film “The Devil Wears Prada,” in which she starred as an assistant to an editor-in-chief at a major fashion magazine. She has also starred in campaigns for Tod’s.

Recently, she was captured sporting another vibrant look for an appearance on “The Late Show With Stephen Colbert.” The “Les Misérables” actress wore a colorful bustier top and wide-leg trousers featuring a geometrical pattern in all different hues by designer Christopher John Rogers.