Liga heavyweights Barca have been linked with Lukaku after a dismal season for the striker following his return to Chelsea for £97.5 million in August – and former Real Madrid forward Cassano will boycott games if manager Xavi makes the Belgium hitman part of his squad rebuild at the Camp Nou.

Cassano told Bobo TV: ‘I’m in love with Barca’s philosophy but if they sign Lukaku, I won’t watch a game anymore. ‘He can’t play three passes with Chelsea, where he has no competition. At Barcelona, they play 55 before going for goal – how could he do it?’

Xavi is a star student of the tiki-taka style beloved of some of the Spain sides he played for during his 14-year international career, as well as Pep Guardiola’s all-conquering Barcelona teams.

Lukaku was expected to be prolific for Chelsea but has endured a difficult season tactically and in front of goal, including criticism of his positioning, link-up play and the way he has been used by Blues boss Thomas Tuchel.

After scoring 30 times in 44 games to fire Inter Milan to Serie A glory last season, Lukaku has returned only 12 goals in 40 appearances for Chelsea during a frustrating second spell at Stamford Bridge. 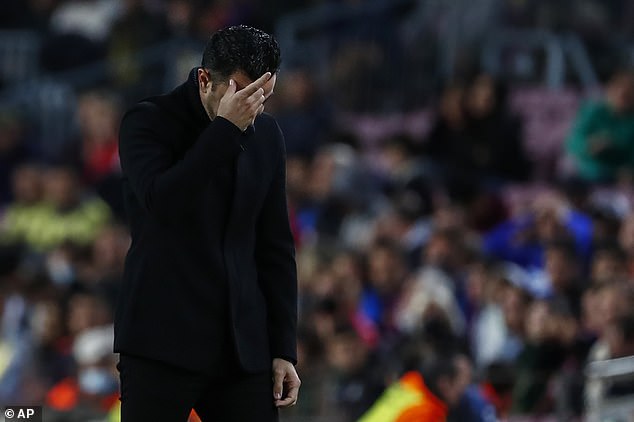 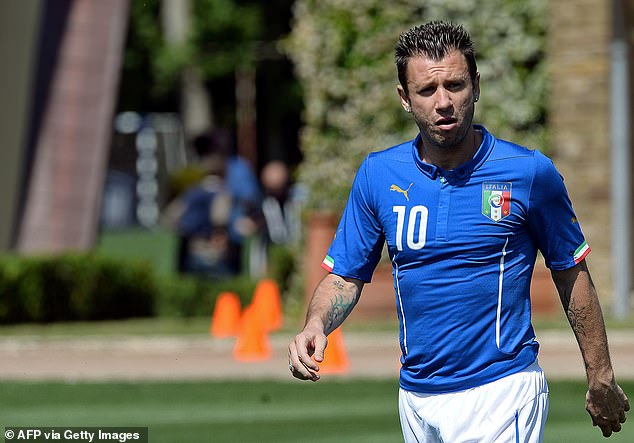 Antonio Cassano, who turned out for Italy at the 2014 World Cup, is not an admirer of Lukaku

That modest tally still makes Lukaku the club’s top scorer with the end of the season approaching, one goal ahead of £47.5million Timo Werner – the only other out-and-out forward to have reached double figures for Chelsea this season.

Out-of-form Lukaku was dropped by Tuchel in January following controversial comments to Italian media which were interpreted by many fans as suggesting that he was already considering leaving Chelsea and returning to Italy.

He has not scored a Premier League goal since December 26 and has not completed 90 minutes in any of Chelsea’s last nine games in the top flight.

Barcelona have reportedly prioritised Lukaku because they anticipate missing out on Erling Haaland and Robert Lewandowski.

Manchester City are thought to be leading the race to sign Norway sensation Haaland from Borussia Dortmund, and Bayern have said they are not expecting Lewandowski to leave before the end of his current contract in summer 2023.

Barca are 18 points behind champions and arch-rivals Madrid in the Liga table. They are a point behind second-placed Sevilla with a game in hand.