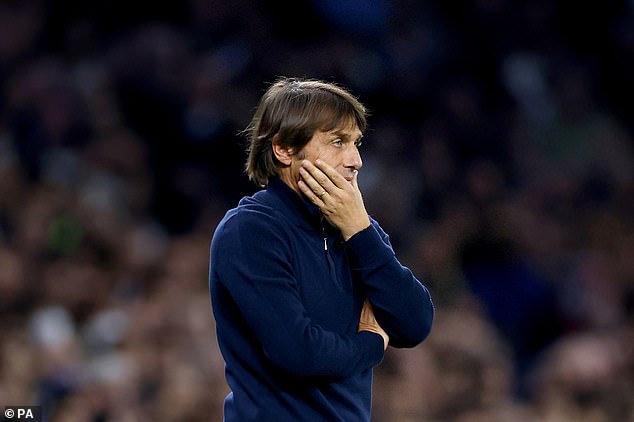 Antonio Conte is suspended for next week’s do-or-die Champions League clash in Marseille and faces further UEFA sanctions for his furious post-match outburst.

European football’s governing body has confirmed that Tottenham boss Conte will miss Tuesday’s game in France, where defeat will leave them vulnerable to elimination, after being sent off during the chaotic scenes that marred the end of Wednesday’s clash against Sporting Lisbon.

But comments after the game in which the Italian appeared to question officials’ neutrality after Harry Kane’s late winner was disallowed for a marginal VAR offside call is leaving the Spurs boss in danger of additional punishment.

It is now generally accepted that the officials did make the correct decision, although the length of time it took to make the decision has been widely criticised.

It is understood that Conte did have an opportunity to study footage of the incident before his post-match press duties but still launched his furious verbal attack.

In particular, remarks where Conte suggested such a goal would not be disallowed if it was scored by a ‘big’ club and the Italian saying he did not ‘see honesty in this type of situation’ could leave the 53-year-old under threat. 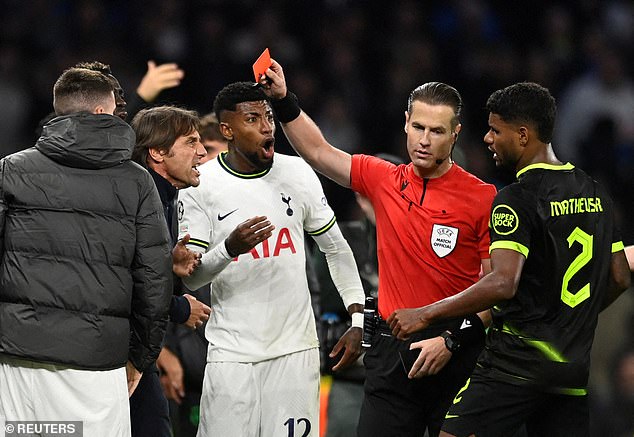 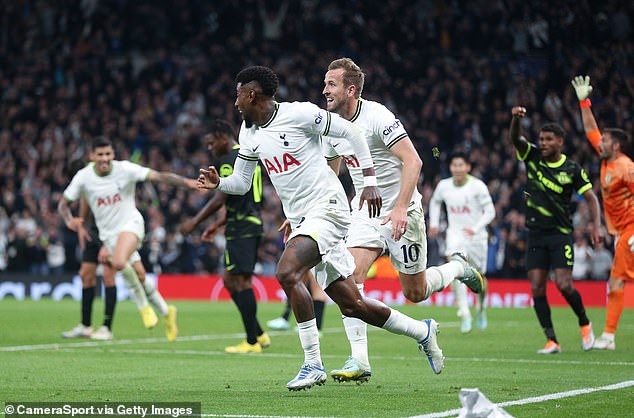 Kane thought he had won the game for Spurs but after a long check, it was ruled out by VAR

Because Conte is already banned for next week’s game at the Stade Velodrome, there is no immediate rush for UEFA to enforce an additional ban because the knockout stages do not commence until next year.

Conte is allowed in the stadium against Marseille next but he is banned from entering areas of the ground where he would usually carry out his functions as a manager.