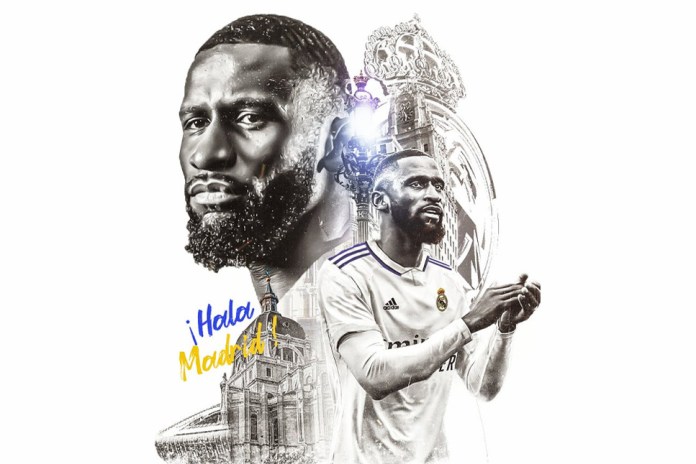 “I’m super excited for all the challenges ahead and can’t wait to play my first games for this huge club,” Rudiger said on his Twitter account.

I’m proud to announce that I’ll be joining @RealMadrid 🙏🏾💪🏾🙌🏾 I’m super excited for all the challenges ahead and can’t wait to play my first games for this huge club. #HalaMadrid #AlwasyBelieve #Hustle pic.twitter.com/zol5Z0NJbe

Rudiger arrived in west London to join the then Premier League champions from Roma in 2017, making his Chelsea debut as a substitute in that August’s Community Shield against Arsenal. That season, Rudiger was a regular on the left side of a back three under Antonio Conte, where his pace and determination to win possession with every challenge made him an important part of the system.

It was in Chelsea’s 2020-21 Champions League campaign where Rudiger showed his true potential, including his assist for Christian Pulisic’s away goal at Real Madrid in the semi-finals, and that last-ditch tackle to deny Phil Foden as we beat Manchester City in the final in Porto.

Rudiger made 54 appearances in all competitions in his final campaign, all from the start, more than any other Chelsea player. He departs with 203 appearances and 12 goals to his name, in that time establishing himself as one of the most passionate characters to represent the club in recent memory.