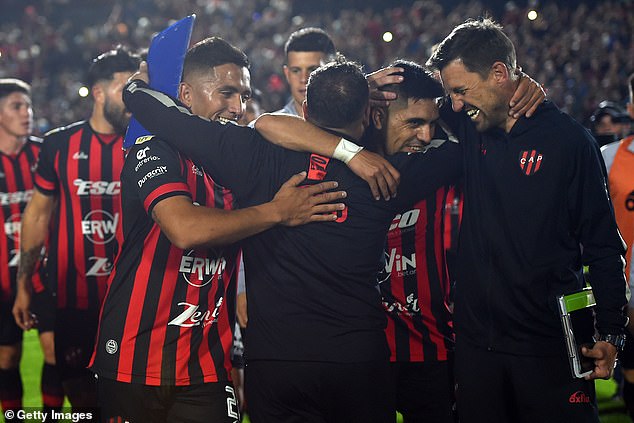 What a vote winner! Argentine politician presents bill that would SCRAP relegation and expand the country’s top league to 30 teams in a desperate bid to spare Patronato – a club from his constituency – from going down in final weeks of the season

An Argentinian politician has proposed a radical overhaul of the country’s football leagues to prevent a club from his province suffering relegation.

Marcelo Casaretto, the National Deputy for Entre Rios, presented his plans to the national parliament in a last-ditch effort to spare Patronato from going down.

The Argentine Primera Division will determine relegation this year by taking an average of points earned by 28 clubs over the past three seasons.

The cumulative points total is then divided by the number of top-flight games each team played during that time span, with the bottom two relegated into the second-tier Primera Nacional.

The system is a consequence of the Covid-19 pandemic, which saw the 2019-20 season abandoned and the 2020 campaign totally suspended.

With Patronato second bottom in this classification and scrambling to survive with just five fixtures of the season left, Casaretto made a daring effort to rescue them.

He proposed to Congress that the league be expanded from 28 to 30 teams in 2023, thus sparing Patronato and the current bottom-placed team in the ranking, Aldosivi.

The top two teams from the league below would then be welcomed into the top-flight as normal. Going forward, Casaretto wants the three-year rolling average system scrapped. 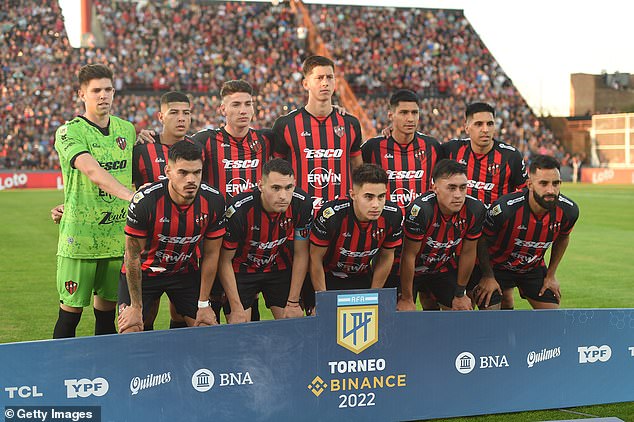 In his proposal, Justicialist Party member Casaretto, 55, states: ‘Our idea is to eliminate the averages that determine relegation in Argentine soccer and ensure mobility [between leagues] is based on the results of the current season only.

‘In this case, in addition to scrapping the averages system going forward, the current regulation that determines an average from the years 2019-20, 2021 and 2022 would be eliminated.

‘There is a great distortion because they consider the years of 2020 and 2021 in which the Coronavirus pandemic had a strong impact with matches suspended, incomplete squads, rescheduling of competitions and changes to the structure of tournaments and relegation.’

He goes on to propose: ‘I declare to the Chamber of Deputies of the Nation that the Argentine first division consist of 30 teams from the year 2023, organised by the Argentine Football Association [AFA].

‘Relegation would be scrapped for the current season on the grounds that the average points totals of the 2020, 2021 and 2022 seasons were affected by the consequences of Covid-19.’ 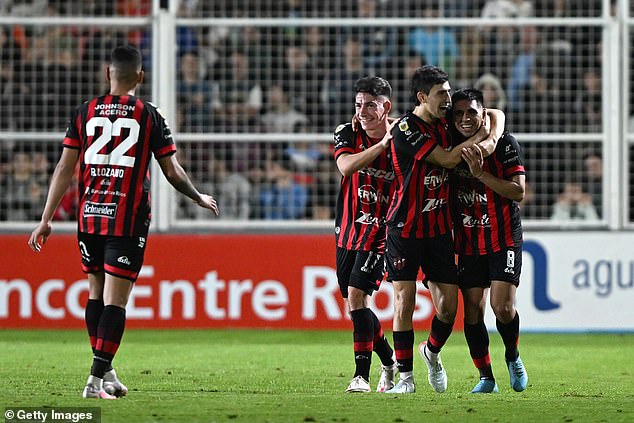 Patronato are actually 11th in the rankings for the current season and only last week eliminated giants River Plate from the quarter-finals of the Argentine Cup on penalties after a 2-2 draw.

However, Patronato’s low points average of 1.031 over the last three seasons is the second worst of the 28 teams. The next best if Arsenal on 1.101.

In an interview, Casaretto, who is reportedly a River fan, questioned: ‘How can it be that Patronato, who eliminated River, is relegated?’

He pointed to reports that modifications may yet be made to the structure even with just five games of the season remaining and said the AFA would make the final decision.

The politician’s proposal would see the 30 teams next season divided into two zones of 15. In the first phase of the season, there would be 14 games plus one inter-zonal game for each club.

The top four from each zone would then advance to the quarter-finals and the champion would be decided by a knockout format.