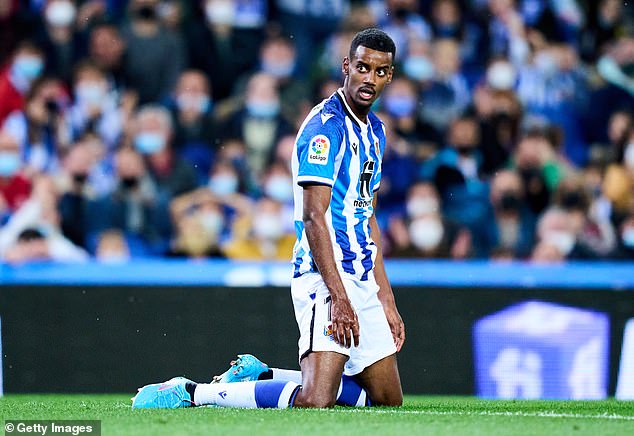 Arsenal have made their first move to bring Sweden striker Alexander Isak to the Emirates next season after contacting his representatives.

However, any potential deal would require Isak’s club Real Sociedad waiving the 22-year-old’s exorbitant £76million release clause, according to Sport.

The Gunners are desperately seeking more reinforcements up front after cutting ties with Pierre-Emerick Aubameyang, who joined Barcelona last month.

The north London club were frustrated after being beaten to the signature of Dusan Vlahovic, who joined Juventus from Fiorentina.

Alexandre Lacazette and Eddie Nketiah are out of contract at the end of the season and several names are said to be on Mikel Arteta’s striker shortlist, with Isak near the top.

But Sport claim the Gunners believe Isak’s release clause to be an ‘out-of-market price’ that must be lowered in order to do a deal. 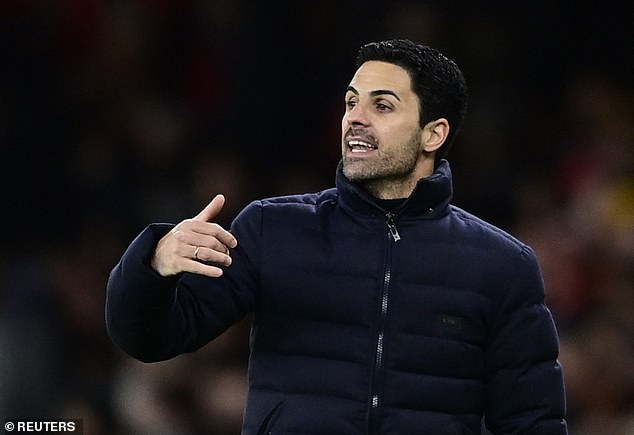 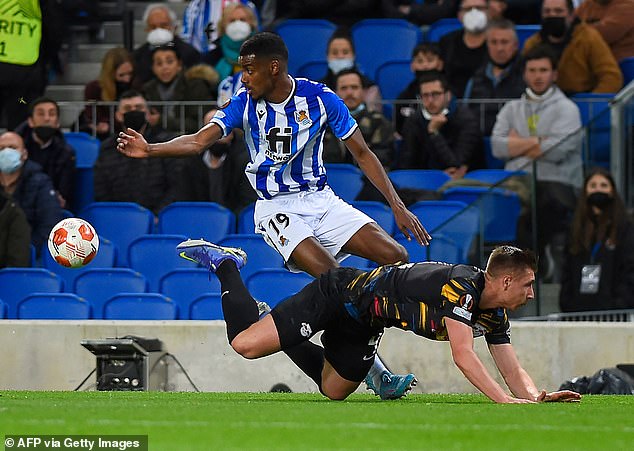 Isak, who shone for Real Sociedad last season, has indicated a preference for Barcelona

But Arsenal are far from the only club looking to secure Isak’s services, and he is believed to have a preference for joining Barca.

The Catalan giants, however, are focused on signing Erling Haaland, with Isak considered a plan B should they fail to get the Norwegian superstar. 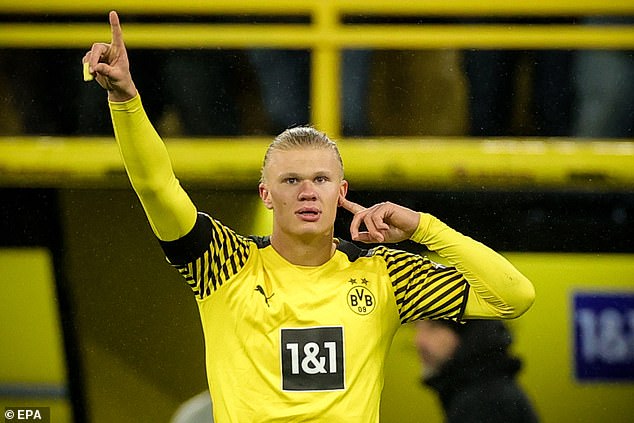 Barca see Isak as a back-up if they don’t sign Erling Haaland, who has a £68m release clause

Haaland, though, who has scored 16 goals in 14 Bundesliga games this term, has a release clause of £68m set to come into force this summer.

Other forwards said to be on Arteta’s radar include Inter’s Lautaro Martinez and Everton’s Dominic Calvert-Lewin.