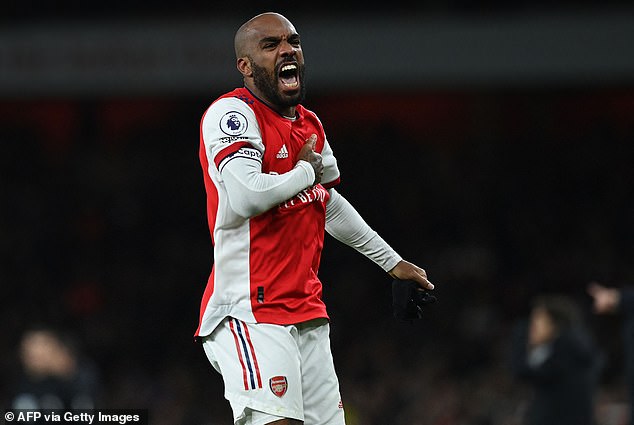 Arsenal are weighing up the prospect of offering striker Alexandre Lacazette a new one-year deal at the end of the season, according to reports in France.

The 30-year-old – who has scored just four goals in 23 Premier League games this season – sees his contract at Emirates Stadium expire in the summer.

Former club Lyon and LaLiga giants Barcelona have been linked with a move for Lacazette on a free transfer. 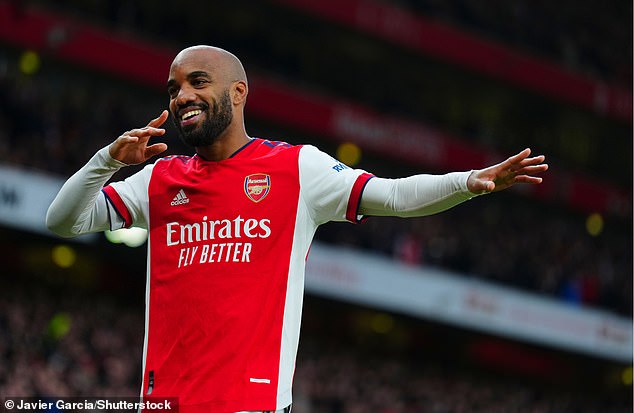 But French outlet L’Equipe claim Arsenal are considering extending his five-year stay in north London with an offer of a new 12-month contract with the option of a further year.

Lacazette has been handed the captain’s armband since Pierre-Emerick Aubameyang was frozen out of the squad and then sold to Barcelona in the January transfer market.

But Gunners boss Mikel Arteta revealed earlier this month a decision over Lacazette’s future with the club will not be made until the end of the season.

‘We have discussed that at the end of the season, when we know where we are we are going, to make a decision together [on Lacazette’s future],’ Arteta said. 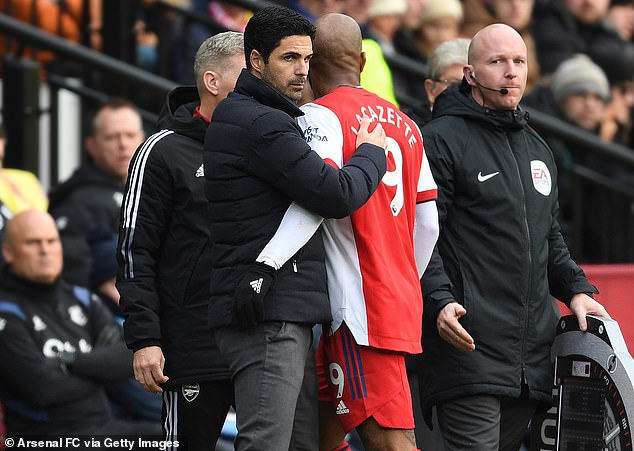 ‘We agreed the decision is to do it in the summer [assess the situation] and that’s when we are going to do it.’

Arteta was asked later in the press conference prior to the 2-0 win against Leicester if Lacazette was happy to be waiting until the summer to discuss his future.

‘That’s a question for him,’ the Spaniard said. But obviously we have to make decisions and we’ve made that decision to try and finalise that at the end of the season. That’s what we’re going to have to try and do.’

The latest reports on Lacazette’s future with the Gunners however come after he bagged a hat-trick in a 4-1 friendly win against Brentford B. 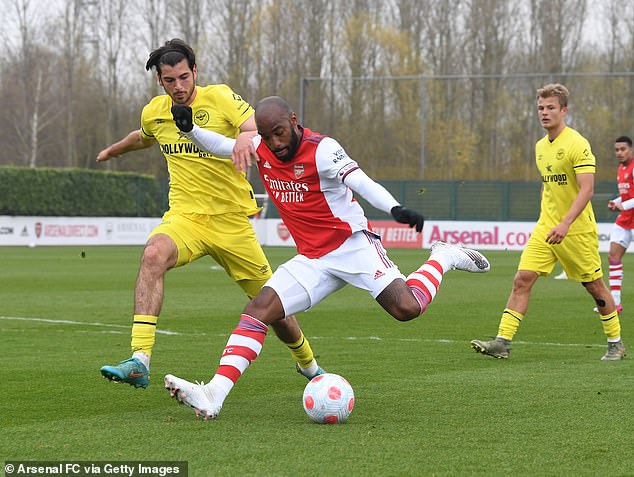 He opened the scoring in the 16th minute, sending a deflected effort from close range into the back of the net following a tricky run from Eddie Nketiah.

It was the latter who played a big part in their second after the break, with Lacazette tapping home the rebound after Ben Winterbottom pushed away his initial shot from distance.

The French striker then completed his hat-trick with a long-range strike.