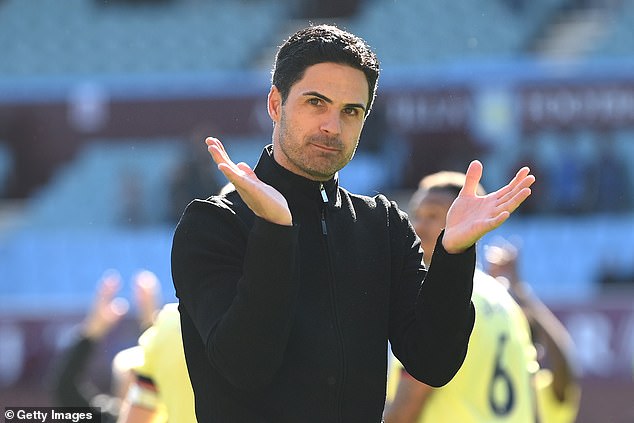 Gary Neville claims ‘brilliant’ Mikel Arteta could WALK OUT on Arsenal if they finish fourth this season because the club have ‘depressed ambition, can’t compete’ and a Champions League spot is ‘as good as it gets’

Gary Neville has suggested Mikel Arteta may decide to leave Arsenal if they finish fourth this season, as he says their superb form might be ‘as good as it gets’ in the battle alongside the likes of Manchester City, Liverpool and Chelsea.

Reinvigorated by a number of standout results this campaign and without the added pressure of European football, Arteta’s high-flying side are currently sat in the final Champions League spot, three points ahead of Tottenham.

Supporters have been thrilled by a remarkable turnaround, with the club having been rooted to the bottom of the table after losing their first three matches, but Neville has cast a gloomy outlook over the future of their manager.

‘I really like Mikel Arteta, I think he’s a brilliant coach. I think the team is fantastic in terms of the young players they’ve got,’ Neville said at a Sky Bet fan debate.

‘But it’s interesting when you’re in a cycle of a club and you depress the ambition and have a significant period of failure because you then get really happy about finishing fourth.

‘I found myself saying that about Manchester United. But it’s because of a depressed ambition. 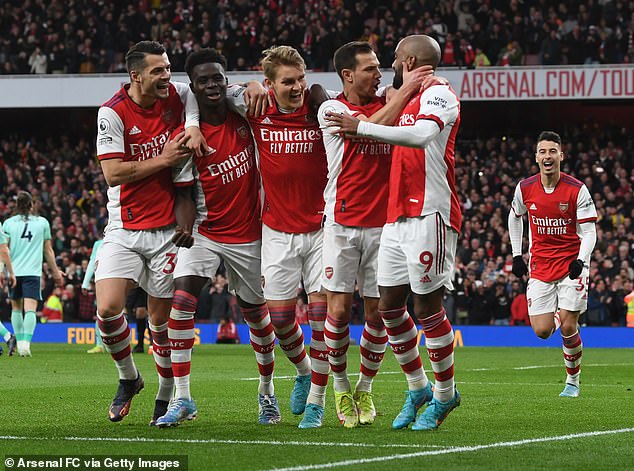 ‘I think Mikel Arteta is a good operator. My concern is if Arsenal finish fourth this season – which to be fair, I think is 50/50, I still think there’s a long way to in that race – but if they finish fourth, that’s in some ways as good as it gets.

‘Mikel Arteta is a brilliant coach, I love that we’re seeing a team that he’s getting the maximum out of, I can see exactly how he wants to play, we all can.

‘But he gets to fourth [and] if he was really hard about it, he’d probably say “right, that’s the best I can do there, I’m going now and getting my next job”.’