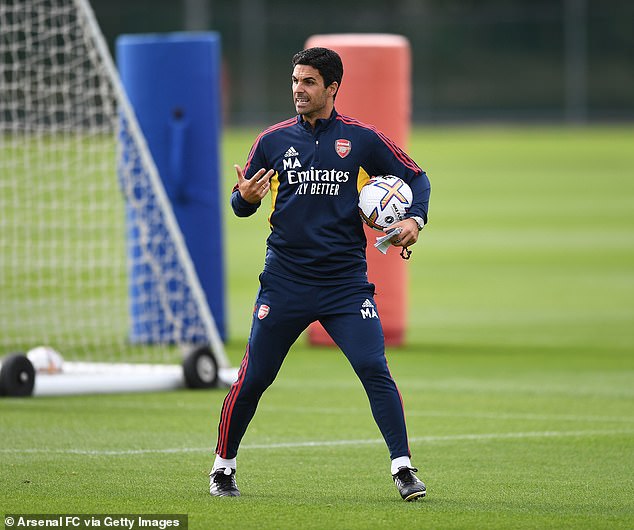 Spirits are high at the Emirates and with good reason. Arsenal head into the opening Premier League weekend as the in-form side in pre-season, boasting five wins in five, 20 goals scored and a rich summer of transfer activity.

Having their Champions League hopes shattered at the death by bitter rivals Tottenham last season would normally have brought on a dark cloud of perturbance and unrest, but Mikel Arteta and the board have done well in pre-season to restore a feeling of buoyancy amongst the Emirates supporters.

However, the higher the spirits are heading into a new season, the further there is to fall. Both last summer and in this transfer window so far, Arsenal have spent more money than any other Premier League club, meaning expectation is at an all-time high since Arteta’s arrival in 2019.

For two seasons running, Arsenal have been entrusted with raising the Premier League curtain on a Friday night, this year against Patrick Vieira’s Crystal Palace.

Sportsmail has assessed why the Gunners’ visit to Selhurst Park could present a potential banana skin for Arteta, as he looks to avoid opening day defeat for a second consecutive season following the 2-0 loss at Brentford last campaign. 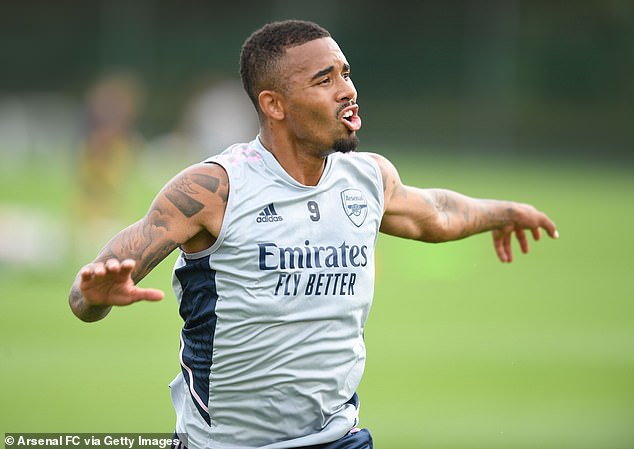 Arsenal’s spirited Champions League charge last season was stopped in its tracks by Crystal Palace, who sparked the Gunners’ woeful run to close out the season.

Arteta’s side were comfortably sitting fourth ahead of their trip to Selhurst Park but nosedived after the 3-0 thrashing by Palace.

Jean-Philippe Mateta, Jordan Ayew and Wilfried Zaha capitalised on some questionable defending from Arsenal on the night, and the north London club went on to lose 2-1 to Brighton and 1-0 to Southampton in their next two games. 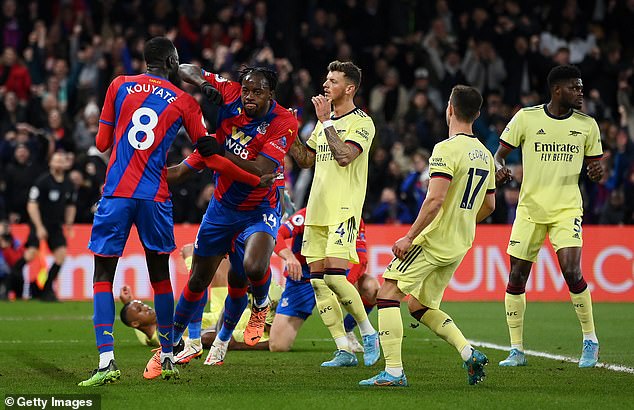 The pointless run effectively cost the Gunners Champions League football, as Spurs leapfrogged them ahead of the final match of the season.

In their last eight Premier League meetings with Palace, Arsenal have won just once, drawing five times and losing twice.

Despite impressing in pre-season, and heading into the new campaign as perhaps the most in-form side in the division, Arsenal have struggled for results against the Eagles in recent times.

An added narrative since last summer has been the arrival of Gunners legend Vieira at Selhurst Park, who has impressed after taking the hotseat. 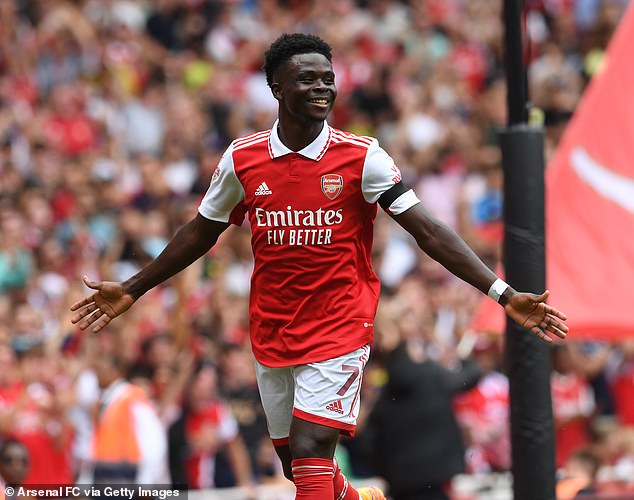 Three points off the top half, Vieira marshalled Palace to a 12th place finish last campaign, boasting the second-highest goal tally to any side outside the top eight, behind Aston Villa.

His side also finished the campaign with just 46 goals conceded, fewer than the likes of Manchester United, West Ham, Leicester – and Arsenal.

Perhaps feeling as though they have a psychological advantage over Arsenal following April’s victory, Crystal Palace will head into the opening day confident of causing an upset.

All or Nothing – can Arsenal handle the spotlight?

Alongside Manchester United following the arrival of Erik ten Hag, Arsenal have been at the centre of media attention in pre-season, having just missed out on top four after a disappointing final stretch.

The long-awaited new series of Amazon’s All or Nothing, focusing specifically on Arsenal’s campaign last season, was released earlier this week just in time for the Premier League curtain raiser.

Due largely to their young squad – the youngest in the top flight last season – the Gunners struggled to handle the pressure of missing out on Champions League qualification when results started to evade them. 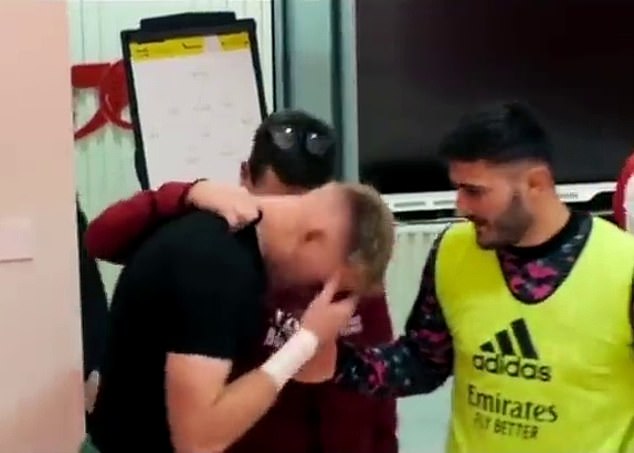 When the load was at its heaviest, Arsenal suffered two defeats in a week to bitter rivals Tottenham and burgeoning Newcastle, all but ending any hope of a return to the Champions League.

And now, perhaps at the worst possible time, the young squad once again have the spotlight on them and on this occasion in the most revealing manner – a fly on the wall documentary.

All or Nothing has heaped even more pressure on to the Gunners squad, with no stone left unturned from last season.

The Gunners were handed a shock on the opening day last season, as all eyes were on Brentford ahead of their debut campaign in the Premier League.

Starting with a line-up including Folarin Balogun, Pablo Mari and Calum Chambers, there was no doubt Arsenal had a weakened side before the match, having struggled to get key players such as Bukayo Saka up to full fitness following Euro 2020.

The 2-0 defeat was an unacceptable scoreline. But the manner of the defeat was perhaps the most alarming takeaway from the night, as the defence was bullied by Ivan Toney and the attack offered little in the way of creativity.

Arteta immediately flew to the summit of the Premier League sack race, with plenty of fans already calling for his departure. 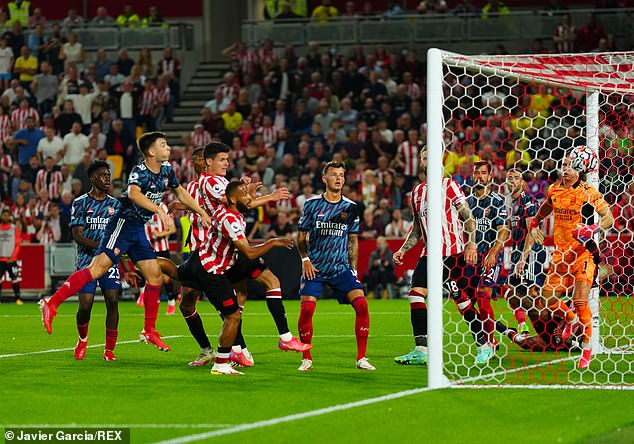 Despite Arteta’s turnaround last season, successfully securing a respectable – whilst not ideal – fifth place finish in the league, fans were likely to have rolled their eyes when they saw Arsenal were beginning the new campaign on a Friday night once again.

However, a key change this year is that Arsenal have plenty of pre-season minutes under their belt and are heading into Friday night in a purple patch of form. Although Takehiro Tomiyasu, Emile Smith-Rowe and Kieran Tierney are doubts to feature against Crystal Palace, Arsenal have actively used pre-season to deal with the issues.

Last summer’s £50million signing Ben White has been deployed at right-back during a lot of pre-season, with William Saliba partnering Gabriel Magalhaes at the heart of defence.

Whilst Arteta would likely prefer to have Tomiyasu matching up against danger man Zaha on the right side of defence, White has had enough of an opportunity in pre-season to prepare for the task. 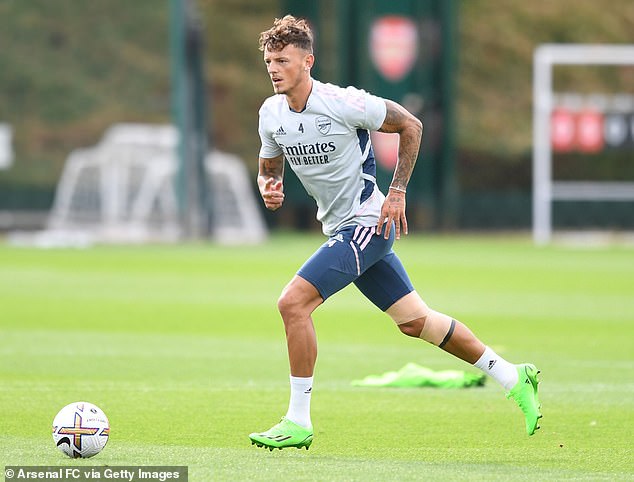 Likewise, unconvinced by left-back deputy Nuno Tavares – who was hooked off in April’s 3-0 defeat to Palace – Arteta implored the board to bring in Oleksandr Zinchenko to cover for Tierney, who is likely to miss the start of the season.

The Ukrainian may end up playing in midfield once Arsenal’s first-choice left-back returns from injury, but signing a versatile player with Zinchenko’s quality shows that the club are learning from the mistakes of last year.

With a much-changed Leicester side, Bournemouth, Fulham and Aston Villas to face in the next four matches after Crystal Palace, Arsenal could head into September near the top of the Premier League, if they are able to dodge the opening day banana skin.