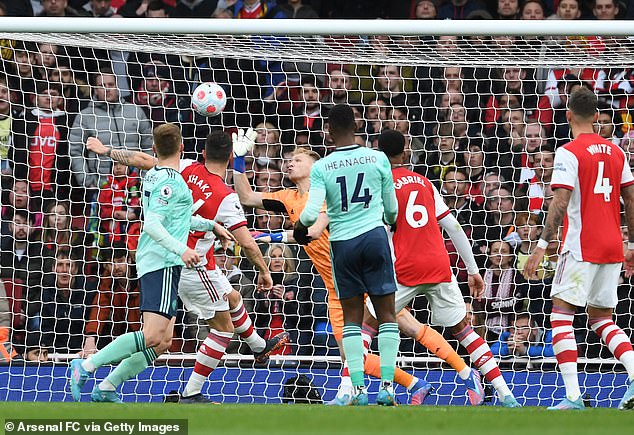 Arsenal goalkeeper Aaron Ramsdale has been hailed as the best keeper in the country by Leicester boss Brendan Rodgers after another standout display on Sunday.

The Gunners No 1 kept a clean sheet in a 2-0 victory and made a stunning save from a Harvey Barnes header in the first-half, leaving Rodgers on the sidelines in a state of shock.

Ramsdale’s performances this season are making him a contender for the No 1 jersey at international level – particularly given Jordan Pickford’s patchy form – and Rodgers believes the Arsenal man is the best English keeper about at the moment. 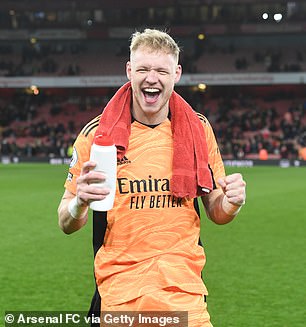 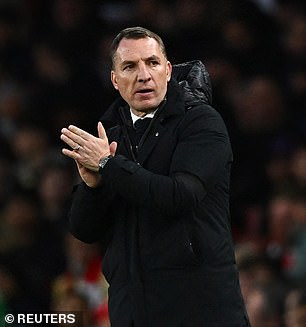 ‘For me he’s the best English keeper at the moment. I think he’s top,’ said Rodgers.

‘His progression since he came to Arsenal, he’s playing for a huge club, different expectation with how to play football, I think he’s dealt with that really well.

‘It looks like he’s come into the club here, he’s playing now with a calmness. We saw him earlier this season and he was jumping about, but now he’s got a really nice calmness to his game.

‘He plays well with his feet, he makes saves, his save from Barnes looked in all the way, that was a great save and it kept Arsenal in front.’ 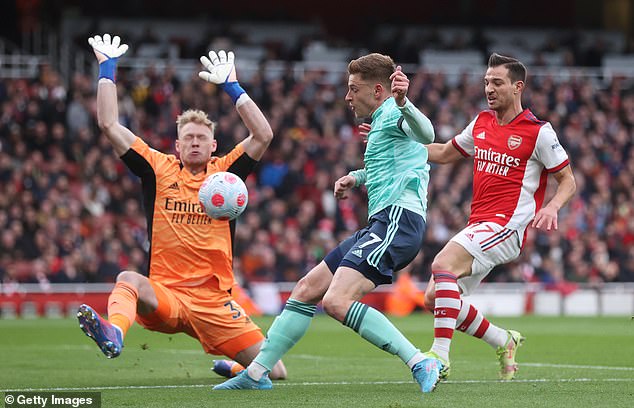 Ramsdale made the move to the Emirates from Sheffield United for a fee of £24m last summer.

Despite back-to-back relegations with Bournemouth and the Blades, Mikel Arteta took the plunge on Ramsdale and he has paid him back with some superb performances throughout this season.

At international level, he has only made one appearance for the national team – in a 1-0 win against San Marino in November – but is now a genuine contender for a spot in the starting XI given his form for Arsenal.