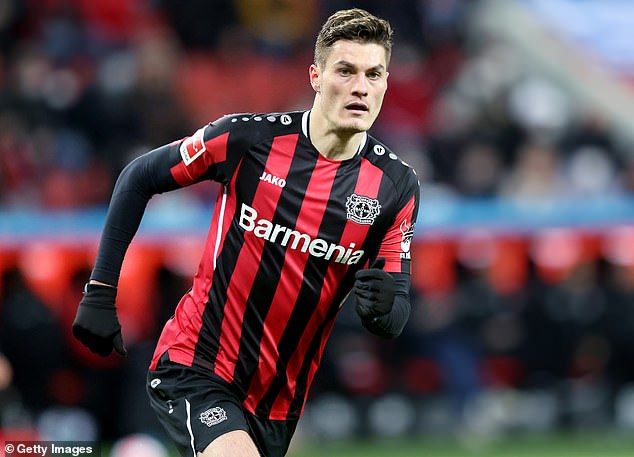 Arsenal have been dealt a blow in their pursuit of Patrik Schick after Bayer Leverkusen CEO Fernando Carro insisted he will not be leaving the club this summer.

The Gunners are one of several teams eyeing a move for Schick, who has scored 20 goals in as many Bundesliga appearanes for Leverkusen in 2021/22.

Mikel Arteta is on the hunt for a new striker after offloading Pierre-Emerick Aubameyang to Barcelona back in January.

And with both Alexandre Lacazette and Eddie Nketiah set to depart on free transfers at the end of the season, Arteta will need to bring in a centre-forward or two ahead of their potential return to the Champions League next term.

Schick is believed to be on Arsenal’s radar ahead of the summer window, but any hopes of prising the 26-year-old away from Leverkusen have been shut down by their CEO.

‘No, we will not sell Patrik Schick. There is no need to talk about that at all,’ Carro explained to Sky Germany.

‘We are very happy that he is with us, and we firmly count on him for the next few years.’

Schick, who has over three years to run on his current Leverkusen contract, is also on Manchester City, Tottenham, West Ham and Everton’s radar this summer. 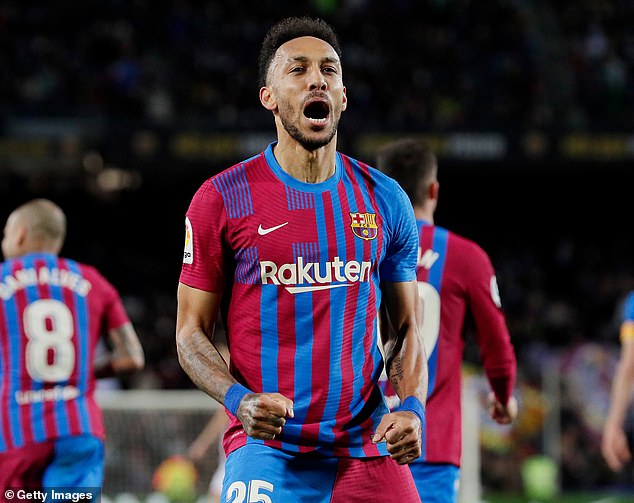 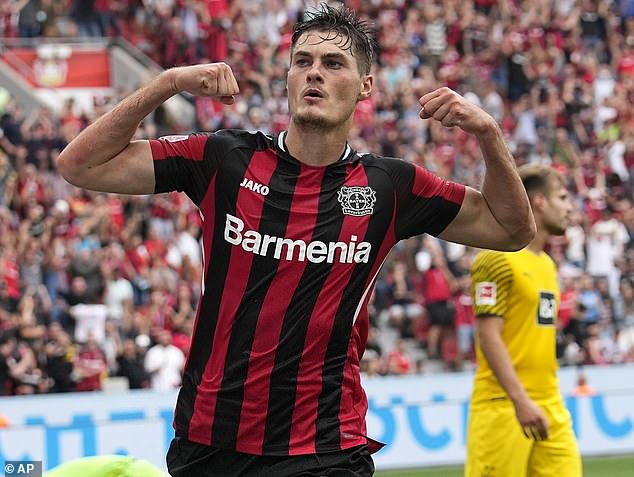 And Schick, who has scored 20 goals in as many Bundesliga games, was on their radar

Fortunately for the Gunners, the Czech Republic international is not the only forward in their sights.

Real Sociedad frontman Alexander Isak and Everton striker Dominic Calvert-Lewin are also of interest, meaning they could instead turn their attention to the pair.

Darwin Nunez has also emerged as a potential option after bagging 26 goals in 33 games for Benfica and helping the Portuguese club reach the Champions League quarter-finals this season.

Arsenal may need to add a couple of centre-forward to their ranks given Champions League football could be on the cards for the first time in five years next season.

As things stand, Arteta’s men are three points clear of Spurs in fourth and have a game-in-hand, with 10 fixtures remaining.