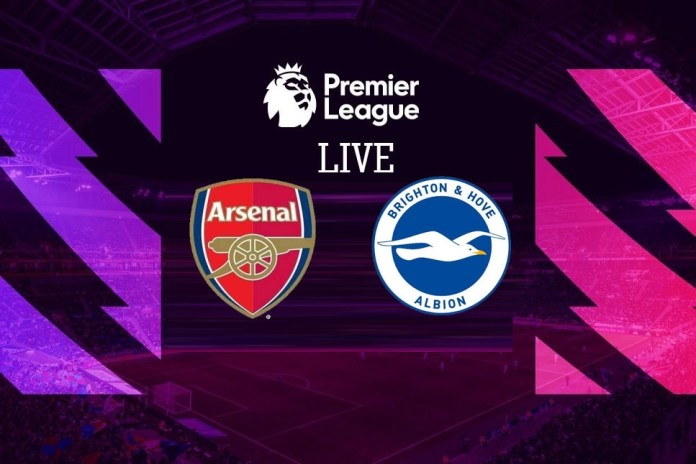 Arsenal vs Brighton LIVE: Premier League Top-4 race – Arsenal will look to revive their chances of claiming the fourth spot as they were blown away at Selhurst Park by Crystal Palace losing 3-0. Brighton haven’t won in the last 7 matches despite playing good football, therefore Arsenal can take advantage and claim maximum points. Follow Live Premier League news, updates only on InsideSport.IN

Arsenal have announced that Kieran Tierney will require surgery on his knee injury and will miss the remainder of the campaign with Takehiro Tomiyasu also ruled out. Thomas Partey’s recent thigh problem will need assessing, but it is extremely difficult to see the Ghana international being fit in time therefore Albert Sambi Lokonga could start.

Nicolas Pepe will also hope to be back from illness in time for this one.

Jakub Moder has ruptured his ACL. Adam Webster (groin) could force his way into contention while Moises Caicedo should be fit to return from a bout of illness.

Ex-Arsenal man Danny Welbeck and Maupay spearheaded a 3-1-4-2 formation against Norwich which was not fruitful and Potter may consider recalling Yves Bissouma to the first XI here.

Arsenal vs Brighton LIVE: When and where to watch the live streaming of Premier League matches?

When will Arsenal vs Brighton kick off in the Premier League? – Date
ARS vs BHA match will be played on 9th April 2022

What time will Arsenal vs Brighton kick off? Time
ARS vs BHA will begin at 7:30 PM IST

Where will Arsenal vs Brighton be played? – Venue
The game will kick-off at the Emirates Stadium (Arsenal)

Premier League: Who will be the Match official at the Emirates Stadium? Referee
David Coote will be in charge of Arsenal vs Brighton

Which TV Channel will telecast Arsenal vs Brighton live?