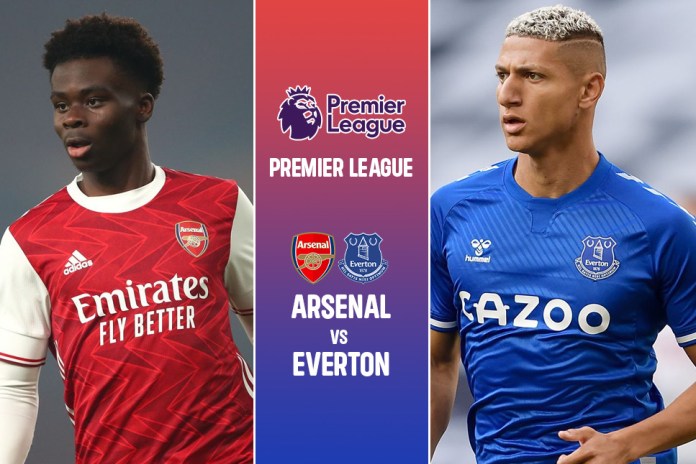 Arsenal vs Everton LIVE: Premier League Final Day – Still in with a slight chance of clinching a top-four place on the final day, Arsenal welcome Everton to the Emirates Stadium on Sunday to round off their Premier League season. The Gunners will need Spurs to lose their game against Norwich to clinch the 4th spot. Everton secured survival with a win against Palace. Follow InsideSport.IN for the latest Premier League news.

Arsenal right-back Takehiro Tomiyasu just cannot catch a break at the moment, as the Japan international was run ragged against Allan Saint-Maximin before being forced off early with a muscular problem on Monday.

Kieran Tierney and Thomas Partey are keeping Tomiyasu company in the treatment room, while Rob Holding is back from a ban and represents a much fitter option at the back compared to Gabriel Magalhaes and Ben White – both of whom reportedly missed training on Wednesday.

Emile Smith Rowe was also absent from the session but would have been expected to drop out for Gabriel Martinelli either way, while Tomiyasu’s absence should mean a recall to the first XI for Cedric Soares.

Jarrad Branthwaite will return from a one-match ban, although Salomon Rondon remains on the naughty step.

Andros Townsend and Nathan Patterson will both miss the final day of the season, but Fabian Delph and Yerry Mina have small chances of making the squad, though neither man should be risked from the off.

Lampard will almost certainly shuffle the pack after their successful midweek exertions, with ex-Tottenham man Dele Alli sure to be in line for a start as he aims to help his old club fend off their top-four competition.

Arsenal vs Everton LIVE: When and where to watch the live streaming of Premier League matches?

When will Arsenal vs Everton kick off in the Premier League? – Date
ARS vs EVE match will be played on 22nd May 2022

What time will Arsenal vs Everton kick off? Time
ARS vs EVE will begin at 8:30 PM IST

Where will Arsenal vs Everton be played? – Venue
The game will kick-off at the Emirates Stadium

Premier League: Who will be the Match official? Referee
Andre Marriner will be in charge of Arsenal vs Everton

Which TV Channel will telecast Arsenal vs Everton live?