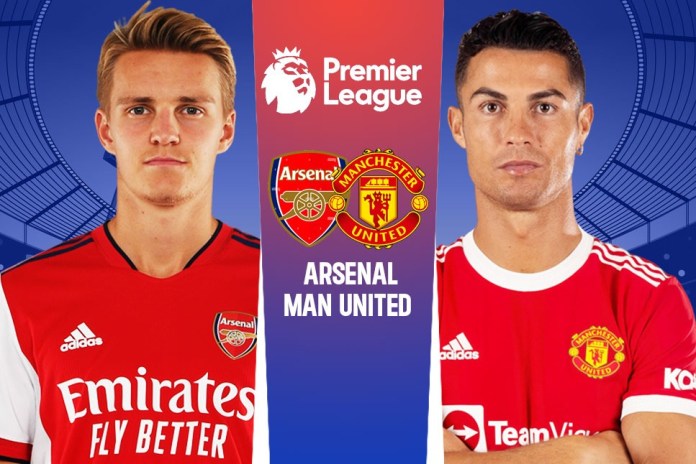 Arsenal vs Manchester United LIVE Streaming: The age-old rivalry between the Gunners and the Red Devils will once again come to light as they battle out for a crucial Top-4 spot at the Emirates Stadium. The last these two sides met a Cristiano Ronaldo master class got the better of Arsenal. Follow Live Premier League news, updates only on InsideSport.IN

Takehiro Tomiyasu could be involved for Arsenal. Thomas Partey and Kieran Tierney remain sidelined for the long-term. Eddie Nketiah could surely start upfront following an impressive performance against Chelsea.

Mohamed Elneny performed admirably in the midfield on Wednesday and could once again join Granit Xhaka with Rob Holding also hopeful of keeping his place.

Cristiano Ronaldo was understandably not involved in midweek after the tragic death of his newborn son, but the 37-year-old is now back in training and could feature at the Emirates.

Scott McTominay‘s return from a foot problem is timely after Paul Pogba was taken off with a calf issue after only 10 minutes against Liverpool, joining Luke Shaw, Fred and Edinson Cavani on the sidelines.

Raphael Varane returned back to the squad this weekend, and the United boss is reportedly preparing to take Harry Maguire out of the first XI after a bomb threat at the defender’s home.

Arsenal vs Manchester United LIVE: When and where to watch the live streaming of Premier League matches?

When will Arsenal vs Manchester United kick off in the Premier League? – Date
ARS vs MUN match will be played on 23rd April 2022

What time will Arsenal vs Manchester United kick off? Time
ARS vs MUN will begin at 5:00 PM IST

Where will Arsenal vs Man United be played? – Venue
The game will kick-off at the Emirates Stadium (Arsenal)

Premier League: Who will be the Match official? Referee
Craig Pawson will be in charge of Arsenal vs Manchester United

Which TV Channel will telecast Arsenal vs Man United live?