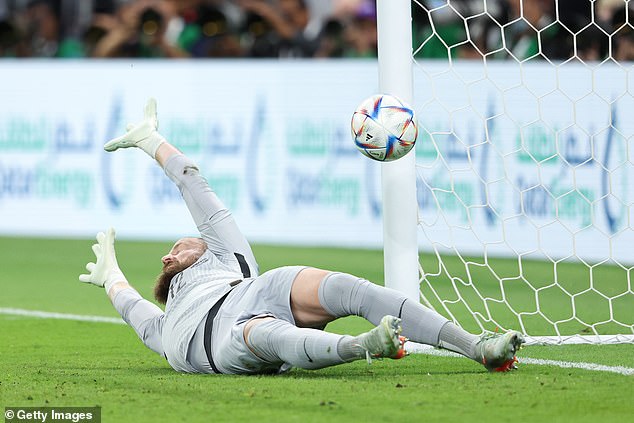 In the ultimate sliding doors moment for newly-minted Aussie hero Andrew Redmayne, it has been revealed that English Premier League giants Arsenal ‘made a mistake’ by not signing him as a teenager.

The Socceroos took a calculated risk to bring on reserve goalkeeper Redmayne for its penalty shootout against Peru this morning [AEST] in its do-or-die intercontinental qualifying match for the 2022 FIFA World Cup.

Redmayne is considered a penalty-saving specialist, with his distracting dancing theatrics earning him the nickname ‘Grey Wiggle’. 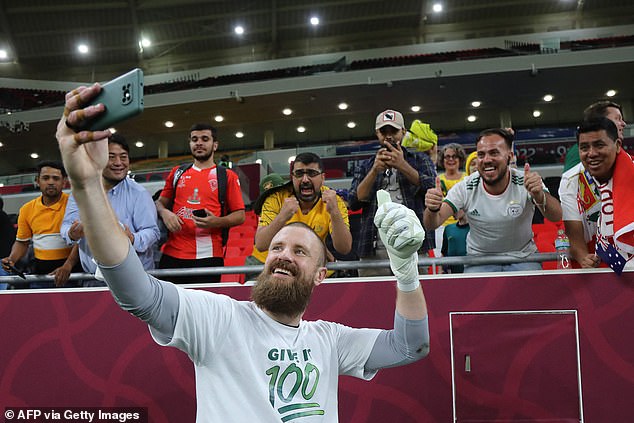 While the goalkeeper has instantly become a household name, the Sydney FC goalkeeper’s path to that point has been a bumpy one.

Back in 2005 Redmayne was selected as part of a New South Wales Institute of Sport side to play a friendly against English Premier League giants Arsenal.

Redmayne made a huge impression and the club was set to offer him a deal but ultimately chose to sign young Polish custodian Wojciech Szczesny, who would go on to play over 190 EPL games for the Gunners before stints at Roma and Juventus.

Fast forward 12 years later and Redmayne would line up for Sydney against Arsenal as the London club toured Australia. When told about Redmayne’s experience with the Arsenal academy and ultimate snubbing, Wenger admitted they probably should have signed him.

‘If he was with us, we made a mistake,’ Wenger said at the time.

‘At the end of the day I would say their goalkeeper was man of the match.’ 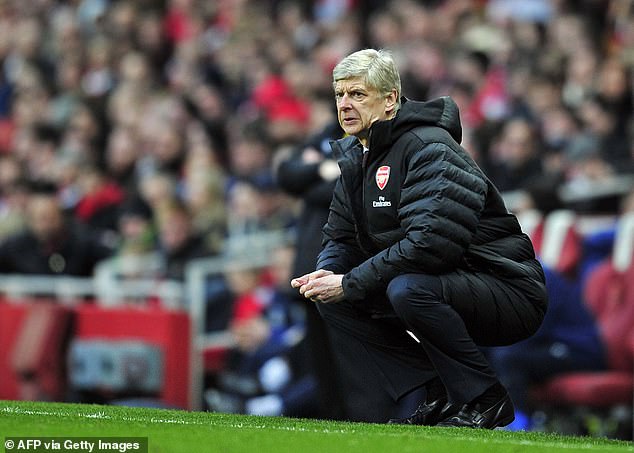 It can also be revealed that Redmayne almost gave the game away completely in 2016.

Redmayne had spent five years bouncing between five A-League clubs and his confidence was shot.

He was studying to become a primary school teacher at the time and admitted he nearly quit to focus on his education and pour coffees for a living.

‘I consider myself a really hard worker and I was still working extremely hard but I just wasn’t enjoying it,” Redmayne told the Fox Football podcast in 2017.

‘I was going through the motions and it wasn’t sitting right with me.

‘I was almost ready to retire, ready to walk away from the game. I was going to see out the length of my contract at the Wanderers and then just pour coffees and continue with my studies and that was going to be it.’

However Redmayne received a lifeline from his former club Sydney FC to become a back-up to Danny Vukovic in January 2017.

When Vikovic departed the Sky Blues for Belgian club Genk six months later, Redmayne seized his opportunity with both hands.

He would go on to win three premierships, three championships and the A-League’s golden gloves as goalkeeper of the year in 2020 in a stunning career revival. 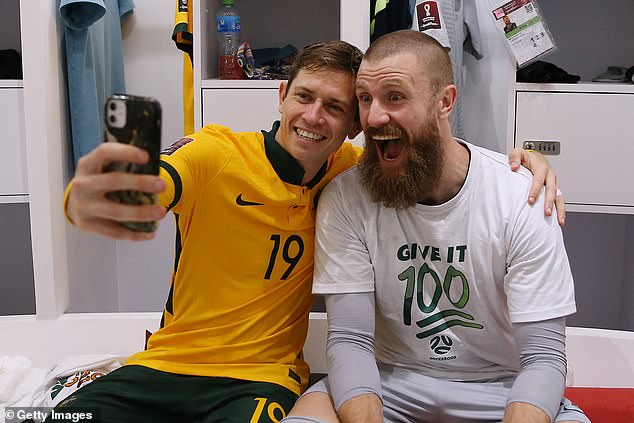 When he was selected in the Australian qualifying squad for the 2022 World Cup, Redmayne would have been expecting to sit all or most of it on the bench, given Ryan is the unassailable first-choice gloveman.

He said the plan to bring him on for Mat Ryan if the playoff went to penalties had been hatched at least a month ago but had been kept secret from the rest of the squad.

Ryan had been nothing but supportive, Redmayne said.

‘I’m under no illusions about where I stand in the Australian goalkeeping ranks and I’m grateful with how Matty played it,’ he said.