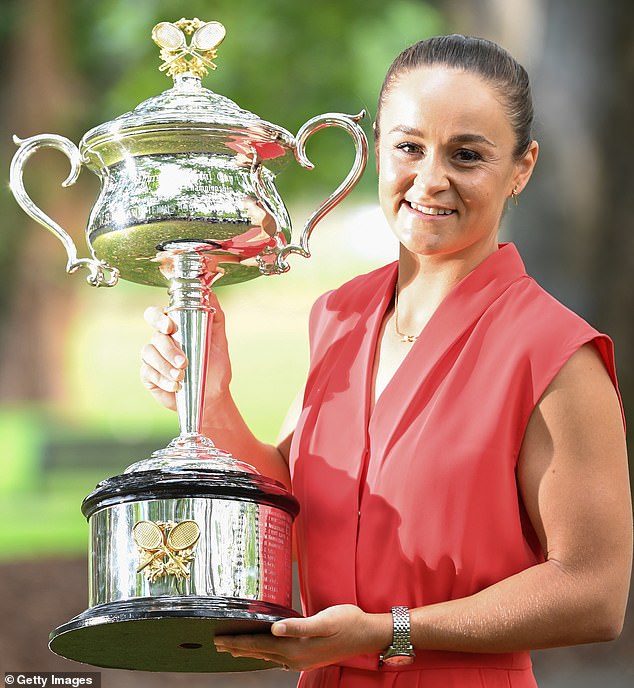 Ash Barty heads a who’s who of Aussie sporting heroes on the Queen’s Birthday Honours list – joining stars from cricket, golf and rugby

Typically, Ash Barty’s first thoughts on her latest individual honour were about others.

Barty is among a batch of sports luminaries recognised in Sunday’s Queen’s Birthday Honours List, with the recently retired tennis star appointed an Order (AO) of Australia.

The same honour has also been bestowed on the late cricket great Shane Warne.

Women’s cricket captain Meg Lanning, men’s cricket larrikin Doug Walters and golfer Adam Scott are among other feted sports identities appointed as a Member (AM) of the Order of Australia.

Barty’s response to her honour was true to her renowned selflessness. 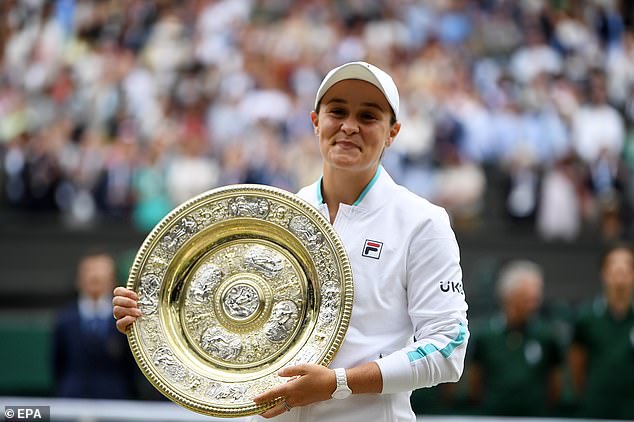 ‘There are so many Australian people who do wonderful things for our country,’ she said.

‘And I want to congratulate all of the other award recipients on being recognised for their contributions.’

Within two months of that storied victory – her third major singles title – Barty stunned the sports world by retiring.

The Queenslander said she no longer had the mental or physical drive to continue her reign as world No.1.

Barty remains content with her decision, announced a month shy of her 26th birthday in April – and she hopes her latest honour, and her esteemed career, is a source of inspiration to others.

‘I’m a very proud Australian and representing my country to the best of my ability has always been my priority,’ she said.

‘On a personal level, I always try to uphold Australian values – being humble, respectful, kind and caring for others. 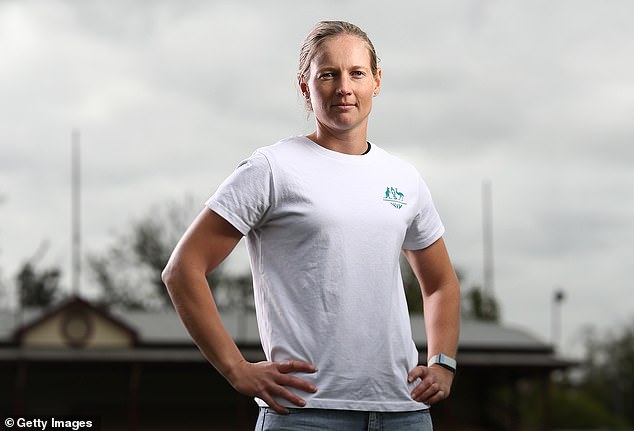 ‘I hope to continue my contribution to our country, focusing on providing youth with sport and education opportunities and inspiring all young kids to go after their dreams.’

Other sports identities featured in the honours list released on Sunday include Muriel Picton, who was Australia’s women’s cricket Test captain in the 1960s who also represented her nation in hockey.

Picton was appointed an AO, as were rugby union great Brendan Moon, who played 35 Tests for the Wallabies between 1978 and 1986, and Sandra McCaw, whose sporting achievements included four Australian women’s amateur golf titles between 1972 and 1984.