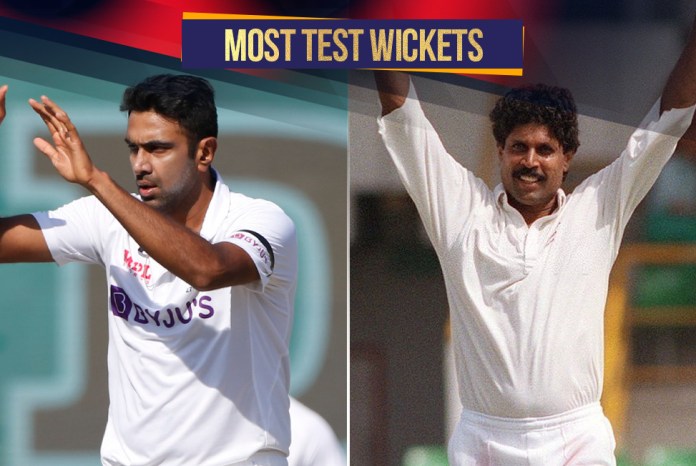 “28 years ago, I was cheering the great @therealkapildev on to get his world record tally of wickets. I never had the slightest of ideas that I would become an off spinner, play for my country and even manage to go past the great mans tally of wickets. I am delighted and very grateful to what this game has given me so far,” Ravichandran Ashwin posted on Instagram after the match.

Outstanding delivery as he gets Pathum Nissanka caught behind 👌👌

Ashwin draws level with Kapil Dev on 434 Test wickets. He has bowled beautifully all morning. Just too good for Sri Lanka’s batsmen so far.#INDvSL #VK100

Ashwin drew level with Kapil when he took the wicket of Pathum Nissanka during Sri Lanka’s second innings.

The tweaker then dismissed Charith Asalanka to get his 435th wicket.

In the first innings, he had registered figures of 2/49, helping the hosts take a mammoth 400-run lead.

Ashwin is the fourth Indian bowler to take more than 400 wickets in Test cricket. He also became the ninth highest Test wicket-taker of all time, moving past New Zealand great Richard Hadlee (431) and Sri Lanka’s Rangana Herath (433) as well, apart from Kapil