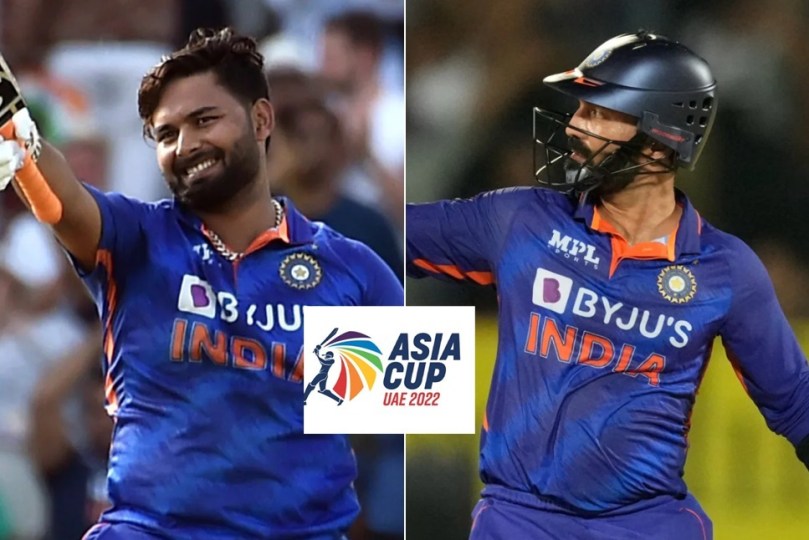 Asia Cup 2022 LIVE – Rishabh Pant vs Dinesh Karthik: India have been blessed with quality wicketkeepers in their squad. The current…

Asia Cup 2022 LIVE – Rishabh Pant vs Dinesh Karthik: India have been blessed with quality wicketkeepers in their squad. The current list includes Dinesh Karthik, Rishabh Pant, Sanju Samson, Ishan Kishan among others. Pant is obviously the number one choice, but Karthik has been giving him strong competition. With the Asia Cup being the next big competition for India, it remains to be seen if both will feature in the Playing XI or only one. The southpaw Pant himself gives answer to this tough question?  Follow Asia Cup Cricket LIVE updates & India vs Pakistan LIVE updates with InsideSport.IN

ICC Media Rights Auction: ICC officials ‘Shocked and Surprised’ with broadcasters stand, no one ready to participate in ‘MOCK AUCTION’:…

Pant or Karthik, who plays in Indian XI? There is no doubt about the competition, which exists. Both the players are match-winners on their given day and have the ability to change game in a matter of few balls.

However, Pant, who is regarded as one of the most entertaining wicketkeepers, believes that the two players do not think about the threat or the competition between the two.

“We don’t think on those lines. We as individuals always want to give our 100 per cent to the team. Rest depends on the coach and the captain and how the team could get an advantage from that.” Pant told Zee Hindustan.

It is important to note that the two players have featured together in the Playing XI on a number of instances. Pant has been used as a floater, coming to bat in different positions, including the opener while Karthik was handed the finishers’ role. The latter has been reserved for the last four to five overs of the innings.

There have been talks and suggestions from former players and alike, suggesting that the team management need to play only one. It helps in maintaining a balanced team combination.

With the T20 World Cup scheduled to be played in October in Australia, the Asia Cup presents India a wonderful chance to sort this issue. They cannot afford to make last minute changes before the ICC event, hence the upcoming Asia Cup and the other two home series against Australia and South Africa will be a good testing ground to finalise their XI.