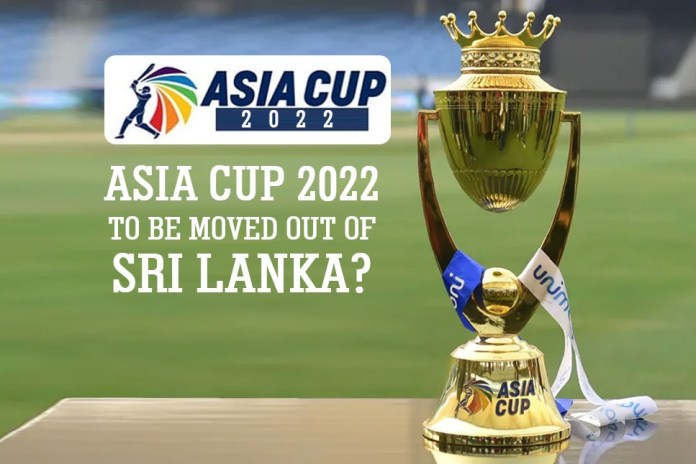 “BCCI has raised concerns about civil unrest in the country and if the tournament is interrupted, we would lose a sum to the tune of US$ six million. However, we indicated that protests around the country against the government have been peaceful. We are keeping our fingers crossed” an Sri Lanka Cricket (SLC) official told The Island.

When will the final decision taken? It has already been communicated by the ACC President Jay Shah that final decision on the Asia Cup will be taken on the eve of IPL 2022 Finals.

Shah has invited SLC Officials to India for the IPL Finals. On the sidelines of IPL 2022 Finals, the final decision on Asia Cup hosts will be taken.

The ACC, in their Annual General Meeting in Colombo on March 19, had assigned the event to Sri Lanka as per their turn from August 27 to September 11 with the Qualifiers scheduled from August 20.

Sri Lanka had not hosted a multi-nation tournament since hosting the 2012 World T-20.